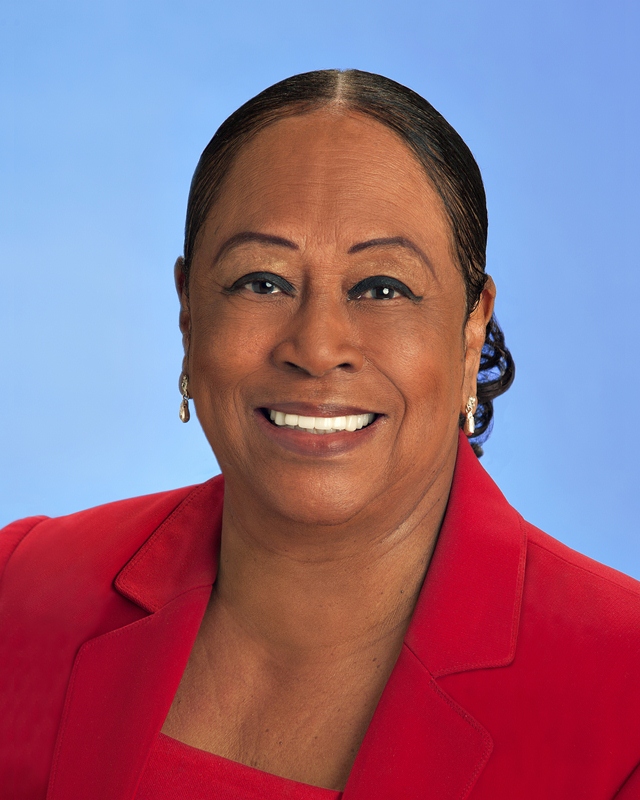 In a vote by the Metropolitan Water District of Southern California (MWD) Board of Directors, West Basin Municipal Water District (West Basin) Director Gloria D. Gray was elected to serve as chairwoman of the MWD board. Gray is the first African American woman in Metropolitan’s 90 -year history to hold the position and the first person of color to become chair. Gray replaces former chairman Randy Record, who held the position since May 2014.

“It’s a tremendous honor to have been selected by my fellow Metropolitan board members to serve as chair,” said Gray. “I look forward to continuing the board’s important commitment to providing reliable supplies of high-quality water both now and in the future.”

She added, “I am committed to an open and transparent decision-making process.”

In 2006, Gray was first elected to the West Basin Board of Directors to represent Division II, which includes the City of Inglewood and areas of unincorporated Los Angeles County including Athens, Ladera Heights, Lennox and Westmont. She has served as a West Basin representative on the MWD Board of Directors since 2009.

Inglewood Mayor James Butts, had this to say about Gray’s historic election as the new chairwoman of MWD:

“As a visionary and committed water leader, Gloria well serve the organization well building and expanding upon the trust of her board members and the community has placed in her,” he said.

Starting January 1, 2019, Gray will commence her two-year term as chairwoman of the MWD board, becoming the 19th board chair of the primary water importer and wholesaler for nearly 19 million people in six counties. As the head of the 38-member board, Gray will represent district policies and programs at national, state and local levels. She also will preside over monthly meetings of the board and its executive committee. In addition, she will appoint all members of the MWD’s nine standing committees, as well as the leaders of any special committees or task forces.

“My top priorities are to ensure that MWD as it relates to customer superiority and quality water delivery to our clients. We are always looking for opportunities to secure reliable water supplies to future generations,” she said.

Gray was also the first African American woman to serve as vice chair of the MWD Board, chair of Water Planning and Stewardship Committee, and serves on the Executive Committee, Personnel and Technology Committee, Special Committee on Bay-Delta, and Communication and Legislative Committee.

In addition, in 2014, the West Basin board appointed Gray as their representative to the ACWA Joint Powers Insurance Authority and Association of California Water Agencies (ACWA) Region 8, where she serves as the 2018-2019 vice chair. She was also appointed to represent West Basin as a voting board member on the Santa Monica Bay Restoration Commission, and the Commission elected her to the Executive Committee and the Commission’s Authority.

Gray was also appointed in March 2009 by the Los Angeles County Board of Supervisors to serve on a water quality Community Task Force, which is part of the County’s Clean Water, Clean Beaches Initiative to address pollution in our local waterways that include rivers, lakes, bays, beaches, and coastal waters. In April 2010, Gray was appointed to the Delta Stewardship Council by former Assembly Speaker Karen Bass and served a four-year term.

In 2018, Gray was recognized as Visionary of the Year by Playa Vista Jobs for her work in the water industry. In 2017, Gray received the Esther Williams Award of Excellence for her continued commitment to community service and water reliability from the South Bay Workforce Investment Board. In 2012, she was honored by the Southern California Water Committee with the “Honorable Harriett Wieder” award for leadership in water.

Following the news of Gray’s recent election as MWD chairwoman, she has been selected as the keynote speaker for MWDOC Water Policy Forum and Dinner on Thursday, October 11. During the event, Gray will provide an in-depth overview of everything she hopes to accomplish during her term. Event attendees include elected officials, business and community leaders, and water industry professional from different regions.

“I am most proud of the opportunity to represent and support women in leadership,” said Gray. “I have been involved with water for more than 12 years and MWD did the right thing at the right time.  My election to the chair is really an opportunity for [the communities I serve] to have access to resources [like water conservation and education programs]. I don’t look at myself as just being a chair, but it’s about bringing the community together so that they are aware of the different resources that are available to them.”

West Basin is a member agency of the Metropolitan Water District and is governed by a five-member board of directors who are publicly elected to represent nearly one million people in 17 cities and unincorporated areas throughout its 185-square mile service area in coastal Los Angeles County. West Basin is also an industry leader in producing recycled water, implementing effective water conservation programs, desalting groundwater, exploring ocean water desalination and providing education programs. For more information, please visit www.westbasin.org.

Kimberlee Buck contributed to this report