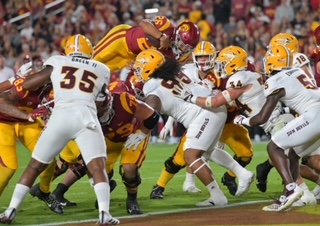 On Saturday, the nationally ranked (#6) and heavily favored USC Trojans put away the Arizona State University Sun Devils in convincing fashion, 42-25, at the Los Angeles Memorial Coliseum. USC quarterback Caleb Williams led the offensive attack throwing 27-for-37 for 348 yards, three touchdowns, and one interception. A very productive day for Williams; the Oklahoma transfer completed 73% of his throws and rushed for 44 yards on eight carries, resulting in a touchdown for the red-hot offense.

“I thought he saw the field well with minimal mistakes. I thought he really threw the ball well.” Riley said.

Williams targeted different receivers throughout the night, spreading the wealth in the first quarter with a seven-yard pass to Mario Williams for a touchdown and ten plays for 75 yards.

On the ground, USC running back Travis Dye found the end zone twice, rushing for 62 yards and two second-half touchdowns. 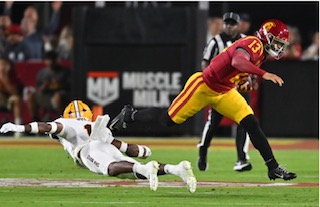 “You come off a win like Oregon State, and it’s almost like you feel you’re over the hump, and you’re thinking, ‘Ok, we made it,” Dye said. “That’s absolutely never the case. You’re never at the point where you’ve made it. We had to realize that, and we did in the second half,”

Both teams kept turnovers to a minimum with one a piece; however, USC won the first down battle with 29 versus 20 for the Sun Devils.

On the defensive side of the ball, the Trojans continue to struggle as they committed six penalties in the first half resulting in an offensive holding call that eliminated a Mario Williams 82-yard touchdown. During the second half, the Trojans allowed just 3.3 yards per play and recorded five sacks against the Sun Devils, the third game where USC recorded five or more sacks this season.

The Trojans are 3-0 in conference play and 5-0 overall. USC will host Washington State on Saturday at the Los Angeles Memorial Coliseum. 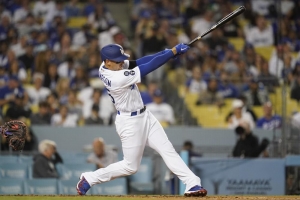 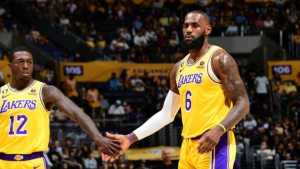 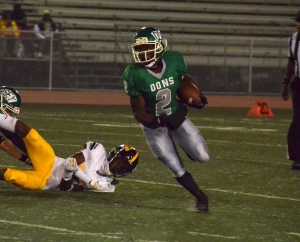 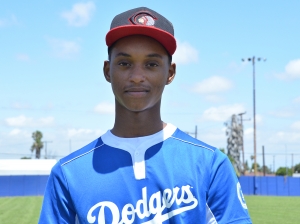 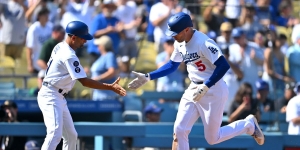 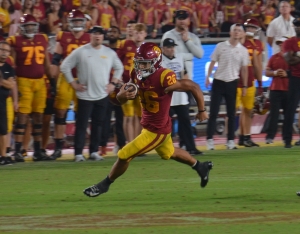