New Metro President Stephanie Wiggins and Metro Board Chairperson Hilda Solis are set to implement a new vision for the transportation agency. 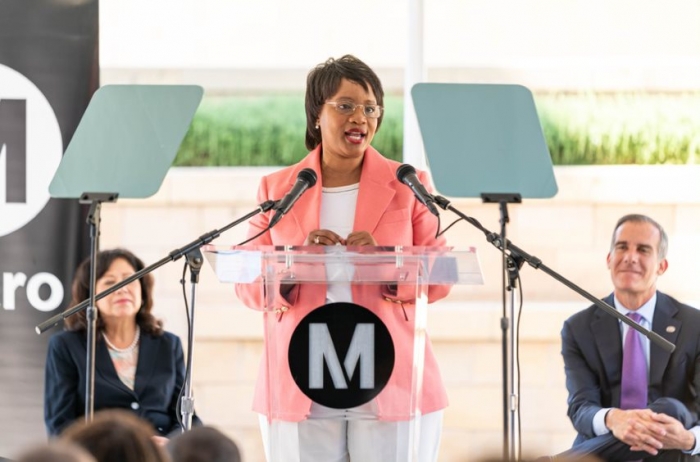 Stephanie Wiggins, Metro Chief Executive Officer is looking to transform the way Metro collaborates with the community by introducing more inclusivity and non-aggressive practices within their foundation. (Courtesy of  L.A. Metro)

The panel included Mayor Garcetti, Supervisor Solis, Metro’s Chief Executive Officer Wiggins, and Ara Najarian, Glendale City Council member and Metro Board member. The gathering connected with community and reflected on how Metro can do more for the people.

The CEO of Metro stated, “Under my leadership, we will pursue new and more effective ways of addressing homelessness.” Wiggins continued, “We will address unhoused people on our system with compassion and dignity. We will collaborate with our city and community partners and social services.” 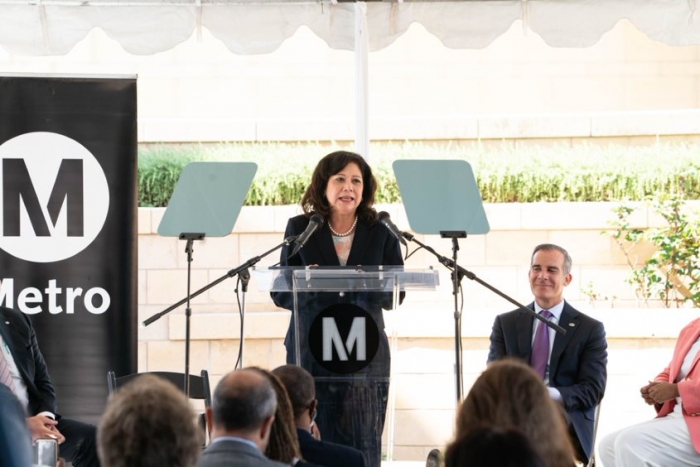 Supervisor Solis went on to outline her goals as the new Metro Chair, they were aligned with the overall vision Wiggins outlined in earlier parts of the gathering. (File Photo)

The chief executive officer is looking to transform the way Metro collaborates with the community by introducing more inclusivity and non-aggressive practices within their foundation. This will include the use of outreach teams that will care for unhoused individuals, health clinicians, and other key staff to elevate the Metro experience. The main purpose of Metro is to connect the community to their destination and propel the city into the future.

Wiggins began her four-year term as Metro CEO last month; she has built a strong rapport in her previous position as chief executive officer of Metrolink. In addition to her credentials and experience as Metro’s executive director of vendor/contract management, Wiggins has helped various parts of the L.A. region. In 2018, she became their first woman of color in a chief executive officer position.

As the new CEO for L.A. Metro, she will oversee its multi-billion-dollar budget and be entrusted with another multi-billion-dollar financial plan that recent calculated reports have counted Metro’s current fiscal year to be $6 billion. Wiggins has shown within the first month, that the navigation of Metro is in the right hands. 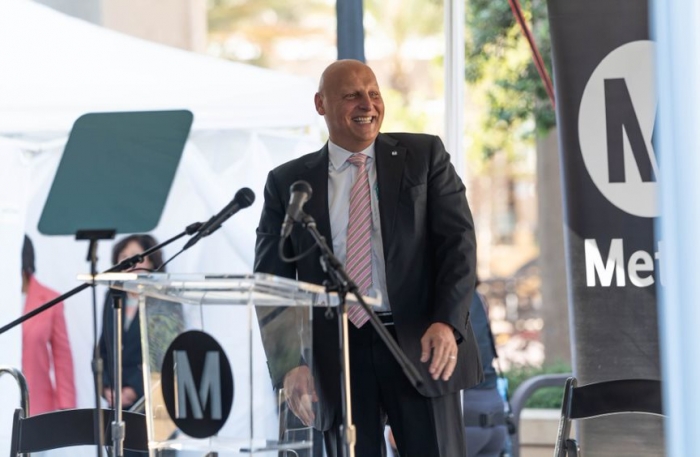 One of the essential ingredients to Metro’s success include the PATH team. According to a press release found on Metro.net, the program was introduced in 2017. Metro PATH became active under the watch of former Metro Board Chair John Fasana. He offered this statement at the time, “Fortunately, Metro is in a position to partner with L.A. County Department of Health Services (DHS) and People Assisting the Homeless (PATH) to begin to address the dire homeless situation that tragically affects so many people.”

Metro PATH is part of the unsheltered action plan that includes “County-City-Community” teams (C3); they directly engage with the people experiencing homelessness and connect them with the necessary services. C3 consists of nurses, substance abuse counselors, mental health professionals, and former individuals who experienced homelessness and took shelter in Metro stations, trains, and buses.

The subject of inclusivity was also introduced during the assembly on July 6; in addition to racial equity, Wiggins highlighted gender and age. Chief Executive Officer Wiggins announced a new branch entitled the Youth Council; it looks to “elevate the perspective of young riders in the conversation about our future.” Numbers have shown a significant amount of the Metro passenger demographic are the city’s youth. 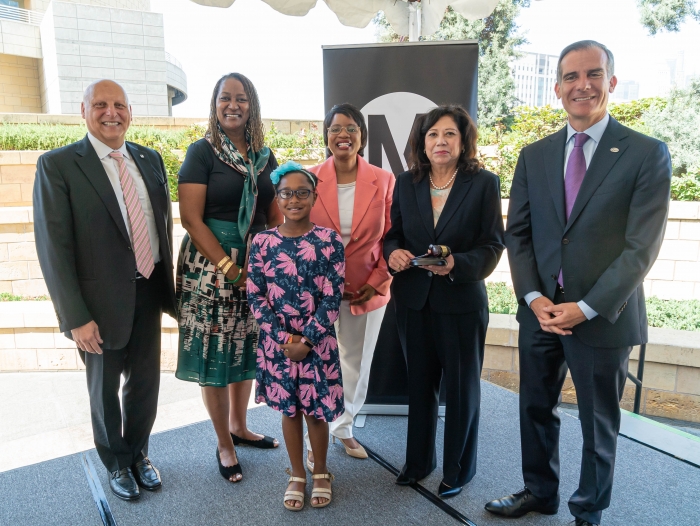 During the gathering, Wiggins shared that approximately “66,000 student TAP cards being used, about 4.7% of the county’s K-12 population.” The Metro Youth Council is an initiative looking to empower the youth riding public transportation by zooming into their needs and safety. This directive is following the pilot program that launched in May; the Metropolitan Transportation Authority Board of Directors approved a 23-month experimental system that will make buses and trains free for students starting in August, low-income riders will also receive the courtesy in January.

Wiggins stated, “I believe the focus on initiatives like the youth council and our fareless initiative are about making decisions that impact riders today and far into the future.” The Metro CEO explained that the plan is to nourish the Metro system transformation and to create an impetus of being the first choice of transportation in the City of Los Angeles. Comparing the use of public transportation to places such as New York and London, Wiggins said, “In those cities, it’s just what people do. Public transportation is their obvious choice. I want Angelenos to think that way.”

Following those announcements, was the ceremonial passing of the gavel from former Metro Chair Mayor Garcetti to the new leader of the Metro board, Supervisor Solis. As the title exchange was officiated, Mayor Garcetti stated, “This is the first time in our history that both the chair and CEO are women, and I always say sometimes some lucky men sneak through but if women just ran the world, we’d all be better off.” Solis and Wiggins will be the first combination of women as chair and CEO to concurrently serve at Metro in its 28-year history.

Supervisor Solis went on to outline her goals as the new Metro Chair; they were aligned with the overall vision Wiggins outlined in earlier parts of the gathering. Solis called for an increase in attention towards affordable housing; she looks to obtain additional properties that would dedicate to the construction and staging of new stages. The new Metro board chair noted she would like to also direct her focus to affordable housing locations.

The newly appointed Metro Chair stated, “Many bus riders have an average annual income of just $18,000 a year. These are the residents that need affordable housing the most. By increasing transit service and tapping into affordable housing projects, we can help prevent displacement of vulnerable communities and give support to riders that need it the most.”

The Metro Board of Directors has already begun to prioritize affordable housing. As of June 24, Solis and other board members voted to update the “Joint Development Policy,” to organize the construction of “income-restricted” housing on unused Metro-owned property.

The overall goal for Metro is connection, not only in a physical sense but in the hearts of the community. Metro CEO Wiggins and Metro Chair Solis are synchronized in the mission to elevate the rider’s experience but also connect their path to a higher quality of life.