It has been four days since the massacre at the Tree of Life Synagogue in Pittsburgh. It is Halloween, and the funerals began yesterday for the 11 victims. It has been called “the worst attack on Jews in American history.” The coverage has been relentless throughout the media, and touching vignettes of the lives of the victims have been ubiquitous. President Donald Trump has ordered flags at federal buildings throughout the United States to be flown at half-staff in “solemn respect” for the victims. Grotesque irony notwithstanding, United States President Donald Trump also visited the site of the massacre yesterday and met with victims and/or their families.

Three days before the Tree of Life massacre, two Black People in America were slaughtered at a Kroger supermarket in Jeffersontown, Kentucky. I will spare my sardonicism pertinent to the name of the town as well as that of the alleged White, racist murderer named “Bush.” Prior to gunning down these innocent folks, Bush, apparently, attempted to enter a black church so that he could kill even more people. For whatever reason, he was unable to gain entry so he opted to head to the Kroger supermarket to do his dastardly deeds. There was virtually no coverage of this tragedy in the media. No vignettes. No flags at half-staff. No Presidential visits nor pronouncements of condolence to the families of the victims. No solemn respect. Mostly, crickets.

What I am stating here are thoughts that many Black People in America have. Because racism (especially what I call “Blackism”) is so pervasive in this society that even in death there is apartheid; it is part of the USA’s DNA. While we, in our hearts, have deep empathy for those killed in Pittsburgh, we still must attempt to reconcile how differently the two incidents are being treated. As Black people, we are socially intimidated to such a degree that we dare not say what I am saying here for fear of being labeled an anti-semite. That is truly disturbing on a number of levels.

Within 48 hours of the Tree of Life massacre, federal prosecutors charged the alleged gunman with a “hate crime.” Conversely, the gunman that killed those two Black people has not been charged, to date, with a hate crime. It should be noted that hate crime legislation has nothing to do with the number of victims. Within 48 hours federal prosecutors had already decided, before the alleged gunman was even arraigned, that they would seek the death penalty. No such pronouncements regarding Bush; who, reportedly, said that “Whites don’t kill Whites” to another White man. After shooting his first victim in the head at point blank range, Bush continued to fire at his corpse as it lay on the ground.

In 2015, Dylann Roof killed nine Black parishioners at the Emanuel Baptist Church in Charleston, S.C. Apparently, Dylann was famished after his murderous rampage and, without a scratch on him, articulated his hunger to arresting officers. Concerned with his discomfort, they ran out and got him some Burger King. Though he was charged and convicted of federal hate crimes, Dylann was spared the death penalty. I can assure you that the Tree of Life gunman will receive the death penalty.

In 1996 the Church Arson Prevention Act (CAPA) was enacted. Why? Because of the legacy of church slaughter, burnings and bombings of Black churches. A history in the United States that goes back as far as the country itself. White people have not only routinely murdered Blacks in church, they have even bombed our babies while in Sunday school; something no Black Person in America has ever done. Ever. Yet, no one has ever proclaimed “the worst attack on Blacks in American history”… and I know why.

The year my Grandmother was born, 1920, in Ocoee, Florida, 60 Blacks were killed and the town almost obliterated. It was during election season. Three years later would come the Rosewood massacre, also in Florida. The entire town, a Black town, was razed. The number of victims is estimated to be at least a dozen.

Greenwood was unique for many reasons. Aside from the fact that it was the inspiration for a hit song by the GAP Band that is played daily in the United States (and few know its true meaning), it was the first time aerial bombs were dropped on an American city. In fact, and it is important to note, aerial bombs have only been dropped on American civilians twice (excluding Pearl Harbor/Hawaii which was not a State at the time). The only two times that incendiary devices were dropped on Americans were the aforementioned Greenwood Massacre, and the 1985 “MOVE” Massacre in Philadelphia. Ironically, Philadelphia is a mere 300 miles from the Tree of Life Synagogue and there were 11 dead. However, in the case of the MOVE Massacre five of the eleven were young children. No flags at half-staff, no Presidential visits, no solemn respect and no condolences to the families of the fallen.

It is impossible for me to list the “hate crimes” that have been perpetrated upon the very people that, quite literally, built this nation. For without the Black Person in America, there is no United States. Yet, even in death we are marginalized just as we are in life. I keep hearing chants of “Black Lives Matter” and that is a noble pursuit if that is, in fact, what it is. Nonetheless, I submit to you that maybe Black deaths should matter even more, because you can’t have one without the other. 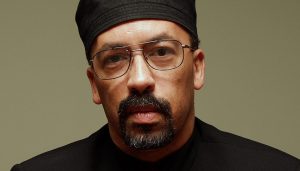 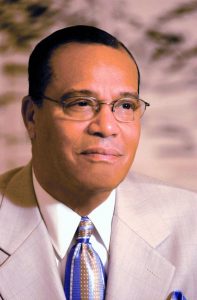 Statement from the Honorable Minister Louis Farrakhan Regarding His Trip t... 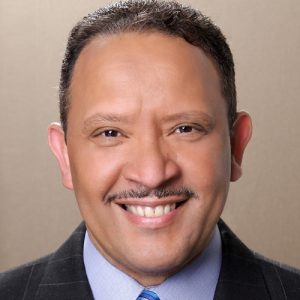