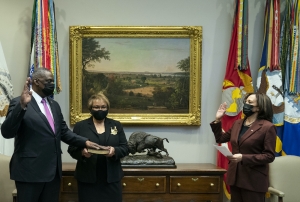 "I pledge to fight hard to rid our ranks of racists and extremists," Gen. Austin pronounced during his confirmation hearings. He also pledged to overturn several discriminatory bans on military service put in place by the previous administration. The confirmation vote cleared by a 93-2 margin – Sen. Mike Lee (R-Utah) and Sen. Josh Hawley (R-Missouri) were the lone no-votes. ... read more »
General Lloyd Austin Looking to Be the First Black Person to be Secretary of Defense

General Lloyd J. Austin III would be the first Black person to have control over the Pentagon. President-Elect Joe Biden is moving forward with the agenda of inclusion by selecting Gen. Austin as the formidable candidate to lead operations stemming from the U.S. Department of Defense. ... read more »
Harris and Blumenthal Demand Entire Trump Cabinet Cooperate with Ongoing Investigations, Protect Whistleblowers and Inspectors General

U.S. Senators Kamala D. Harris (D-CA) and Richard Blumenthal (D-CT), both former state attorneys general, on Wednesday sent a letter to every Trump cabinet official calling on them to cooperate with all ongoing and future investigations related to the potential wrongdoing by the President of the United States, preserve all evidence relevant to their departments, and protect whistleblowers and the independence of inspectors general. ... read more »
ADVERTISEMENT
US, Iran voice resolve in brinkmanship, say war not sought

The United States and Iran said Tuesday they were not seeking war with each other as tensions simmered between the two in the Persian Gulf and President Donald Trump vowed the U.S. would respond to any attack. ... read more »
SMC Grad and Veteran Awarded ‘Smart’ Scholarship By U.S. Department Of Defense 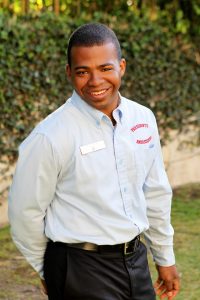