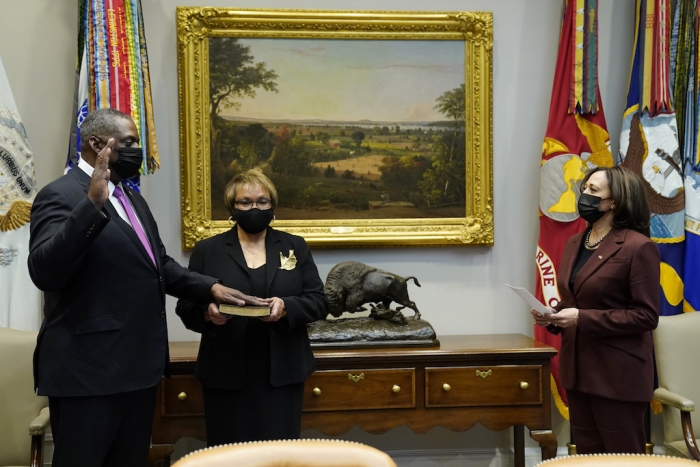 Vice President Kamala Harris participates in a ceremonial swearing-in ceremony with Secretary of Defense Lloyd Austin in the Roosevelt Room of the White House, Monday, Jan. 25, 2021, in Washington, as his wife Charlene holds the Bible. (AP Photo/Evan Vucci)

Retired African American General Lloyd Austin is now in charge of the U.S. Department of Defense.

“I pledge to fight hard to rid our ranks of racists and extremists,” Gen. Austin pronounced during his confirmation hearings. He also pledged to overturn several discriminatory bans on military service put in place by the previous administration.The confirmation vote cleared by a 93-2 margin – Sen. Mike Lee (R-Utah) and Sen. Josh Hawley (R-Missouri) were the lone no-votes.One day prior, the U.S. House approved a waiver to allow for Gen. Austin’s confirmation. The decorated veteran required a congressional waiver to confirm the civilian post because he retired from active-duty service only four years ago. 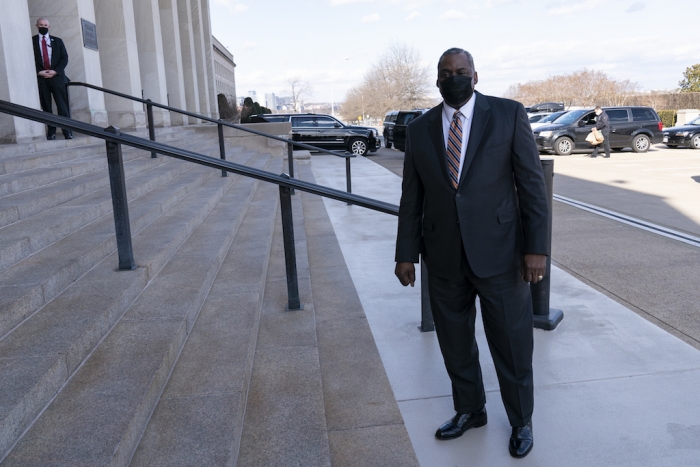 Federal law requires seven years of retirement from active duty before taking on the role.President Biden and others had previously pointed to the Congressional waiver received in 2017 by Retired Marine Gen. James Mattis, who served as defense secretary in the previous administration.“The law that we keep waiving actually exists for a good reason,” remarked Sen. Minority Leader McConnell (R-Kentucky).

“Civilian control of the military is a fundamental principle of our republic. We emphatically do not want high-ranking military service to become a tacit prerequisite for civilian leadership posts over the Department of Defense.”Gen. Austin’s confirmation cements him as one of the most prominent members of President Biden and Vice President Kamala Harris’ Cabinet. The Secretary of Defense controls the country’s largest government agency, commanding troops worldwide and the Pentagon’s internal workings.

The confirmation also keeps with Biden’s promise to have a staff and cabinet that reflects America’s diversity.“I know firsthand from our time together on the [United Technologies] board that General Austin will be a wonderful choice for Secretary of Defense,” former New Jersey Gov. Christine Todd Whitman tweeted. 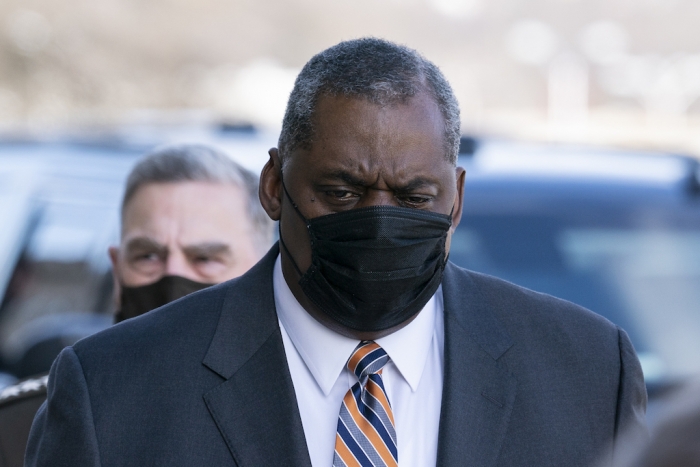 According to his biography, Gen. Austin began his career in the U.S. Army in 1975 as second lieutenant in the infantry and rose through the ranks to command troops in combat at the 1-, 2-, 3-, and 4-star levels.

Gen. Austin served in numerous command and staff positions in the U.S. and around the world.

These include Operation Safe Haven in Panama with the 82nd Airborne Division; Operation Iraqi Freedom, spearheading Iraq’s 2003 invasion as the assistant division commander for the 3rd Infantry Division; and Operation Enduring Freedom in Afghanistan as the commander of the 10th Mountain Division (Light).

In 2008 Gen. Austin returned to Iraq as the commanding general of the Multi-National Corps-Iraq during the period when the surge forces were drawing down under Operation Iraqi Freedom. 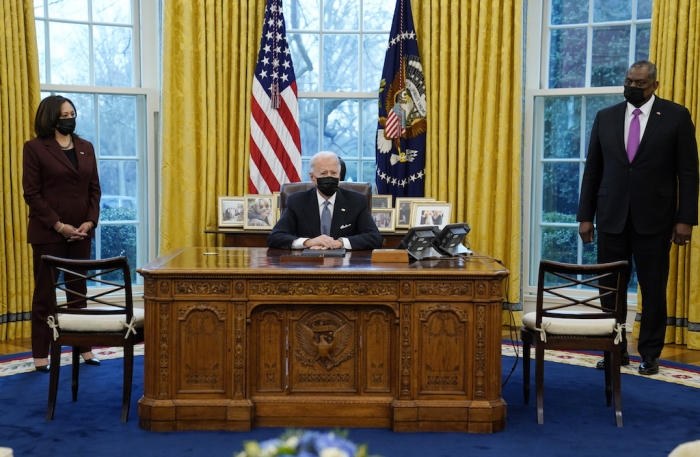 In 2009 Gen. Austin was named director of the Joint Staff at the Pentagon.Following that assignment, Gen. Austin served another tour in Iraq as the commanding general of United States Forces-Iraq, responsible for the transition of all U.S. and Coalition military forces and equipment out of the country by the December 2011 deadline.In 2012 General Austin served as the 33rd vice chief of staff of the Army, culminating his military career as the 12th commander of U.S. Central Command (CENTCOM) from 2013 to 2016. 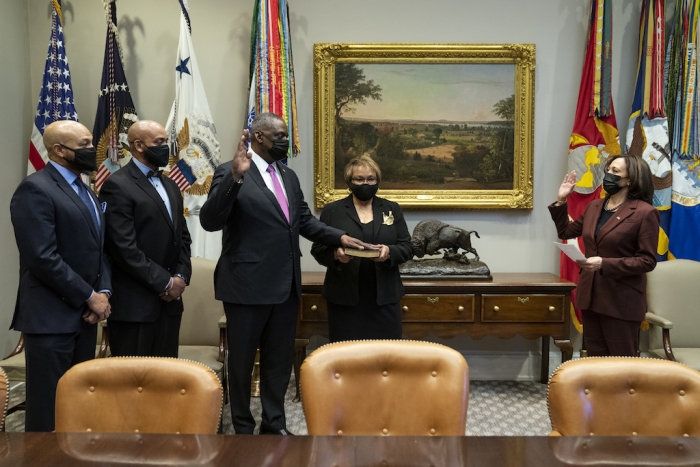 Charlene Austin, wife of incoming Secretary of Defense Lloyd Austin, holds a bible as her husband participates in a ceremonial swearing-in ceremony with Vice President Kamala Harris, in the Roosevelt Room of the White House, Monday, Jan. 25, 2021, in Washington. (AP Photo/Evan Vucci)

As CENTCOM commander, he was responsible for military strategy and joint operations throughout the Middle East and Central and South Asia. He was also the architect and oversaw the military campaign’s execution to defeat the Islamic State in Iraq and Syria. He retired from the military on May 1, 2016 and is now the founder and president of The Austin Strategy Group.

Gen. Austin also worked with the President-Elect as vice chief of the Army staff when President Biden served as Vice President under President Barack Obama.  Gen. Austin would require a congressional waiver for confirmation to the civilian post because he retired from active-duty service only four years ago. 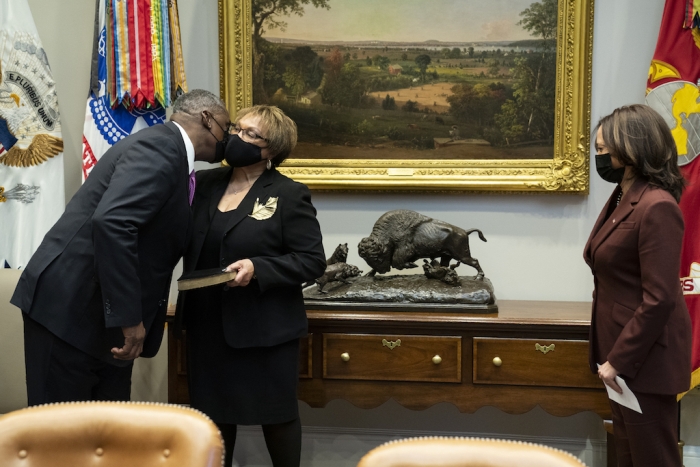 Vice President Kamala Harris looks on as Secretary of Defense Lloyd Austin hugs his wife Charlene, after participating in a ceremonial swearing-in ceremony in the Roosevelt Room of the White House, Monday, Jan. 25, 2021, in Washington. (AP Photo/Evan Vucci) 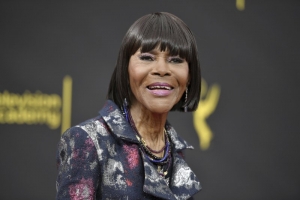 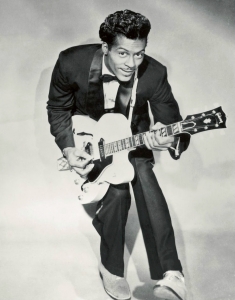 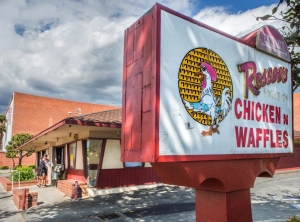 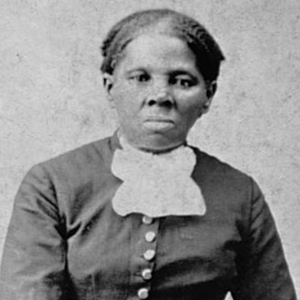 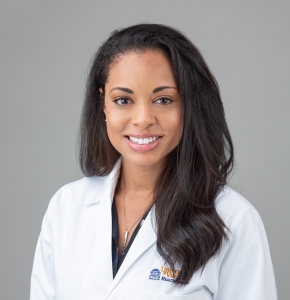