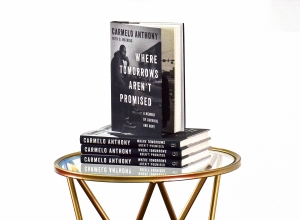 In conjunction with the Lakers’ In The Paint program, All-Star forward Carmelo Anthony shared his wisdom on perseverance to a group of Boyle Heights youth through his memoir “Where Tomorrows Aren’t Promised”  ... read more »
July 18: Bridget Terry Long, Ph.D., Dean of Harvard’s Graduate School of Education (as of 2018) was born in Baltimore, MD, 1973 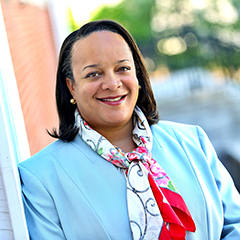 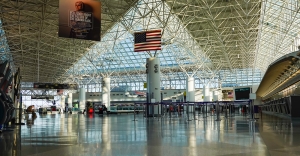 Following a three-year campaign, Doran Brown, a contracted wheelchair agent at BWI Marshall Airport in Baltimore, and over 2,000 union and non-union contracted workers at BWI Marshall Airport and Baltimore Penn Station who earn as little as $8.50 per hour plus tips will see their hourly compensation rise to $17 five years. The higher salary is a result of the Secure Maryland Wage Act, a new law sponsored by Maryland Senator Antonio Hayes and Delegate Kriselda Valderrama. ... read more »
ADVERTISEMENT
NAACP Launches ‘COVID. KNOW MORE’ 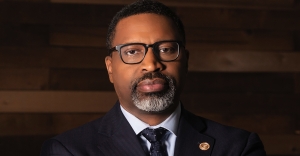 The NAACP has commissioned proprietary research, which will be featured and updated bi-monthly, taking a consistent pulse of Black America’s status and progress as we collectively progress toward full recovery. African Americans surveyed have expressed ongoing concerns about the vaccines, the rise of COVID-19 variants, public adherence to guidelines, jobs availability, safely returning to work and other factors affecting their daily lives. The key learnings from this exclusive polling will serve to fill in the information gaps, and further strengthen our communities as they build back given the expressed need for reliable updates on the factors impacting their daily lives over the coming year. ... read more »
Morgan State Alum Dropped Out, Drove for UPS, Presents University with $20 Million Endowment 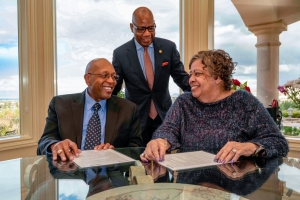 “Morgan is so proud to call this son and daughter of the great City of Baltimore our own, and through their historic giving, the doors of higher education will most certainly be kept open for generations of aspiring leaders whose financial shortfalls may have kept them from realizing their academic dreams,” David K. Wilson, president of Morgan State University, stated in the release. ... read more »
Black Investors Take Note: Reddit Rebellion Rescues GameStop Stock 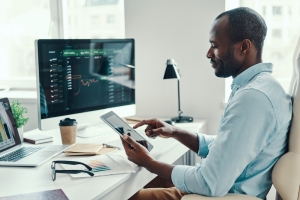 The band of amateur day traders that interact with each other on the Reddit page WallStreetBets, encouraged whoever was listening to buy shares of the flailing GameStop, AMC, Macy’s and Koss stocks. Big investors, often in the form of hedge funds, frequently bet against struggling public companies using a process referred to as “shorting,” which allows investors to bet on the degree of misfortune a stock may experience and earn billions of dollars in profits as a result. ... read more »
Righteous and Relentless Struggle: Again, Reflections on the Principle and Practice

Even without understanding it in the depth that would come later, we were in, 1965, a new generation building on centuries of sacrifice and struggles of all those who preceded us, those who cleared firm and sacred ground on which we stood and still stand and who opened essential and upward ways on which we would continue the unfinished struggle for liberation and ever higher levels of human life. ... read more »
Brandon Scott wins Democratic nomination for Baltimore mayor

City Council President Brandon Scott, who ran a campaign focused on youthful energy, progressive ideas and experience, has won the Democratic nomination for Baltimore mayor. He has pledged to tackle longstanding challenges in the city such as gun violence and substance abuse. ... read more »
ADVERTISEMENT
Ford Fund Teams Up with the California African American Museum to Kick off Men of Courage Greater Los Angeles Barbershop Challenge
Ford Motor Company Fund, the philanthropic arm of Ford Motor Company, is joining forces with the California African American Museum (CAAM) to offer community focused barbershops in the Greater Los Angeles area the opportunity to compete for a $10,000 grant. ... read more »
For People of Color, Gentrification is More a Curse than a Blessing 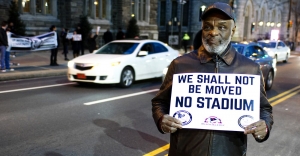 According to a March 2019 study by the National Community Reinvestment Coalition (NCRC), more than 135,000 Black and Hispanics around the nation were displaced between 2000 and 2012. Gentrification and displacement of long-time residents were most intense from 2000 to 2013 in the nation's biggest cities, and rare in most other places, according to the study. During those years, gentrification was concentrated in larger cities with vibrant economies but also appeared in smaller cities where it often impacted areas with the most amenities near central business districts. ... read more »
Former NAACP Chief and Congressional Black Caucus Chair Kweisi Mfume Wins Primary for Cummings Seat

Former NAACP President and five-term Congressman Kweisi Mfume won big in a Democratic primary contest to replace the late Congressman Elijah Cummings who passed away on October 17, 2019 at the age of 68.  ... read more »
Journeyman Raheem Mostert Becomes Star For 49ers

Mostert led the 49ers in rushing this season with 772 yards and provided the signature performance of his career on the big stage of the NFC championship game when he ran for 220 yards and four touchdowns in a 37-20 win over Green Bay on Sunday that sent the Niners to the Super Bowl. ... read more »
Civil Rights Icon and Congressman John Lewis Announces Cancer Diagnosis

Lewis announced on the last week of 2019 that he has been diagnosed with stage IV pancreatic cancer. ... read more »
Three Baltimore Men Exonerated After Nearly Four Decades in Prison

Marilyn Mosby, the Baltimore City State's Attorney, reopened the case earlier this year because of lingering questions and recent revelations of corruption in the city's police department that allegedly stretched back for decades. ... read more »
Cummings Remembered as ‘Fierce Champion’ at Funeral

Rep. Elijah Cummings was eulogized as a leader with the fiery moral conviction of an Old Testament prophet Friday at a funeral that brought former presidents and ordinary people alike to the Baltimore church where the congressman worshipped for four decades. ... read more »
<< Older Posts
Videos
WATCH: Daily Brief