Ford Motor Company Fund, the philanthropic arm of Ford Motor Company, is joining forces with the California African American Museum (CAAM) to offer community focused barbershops in the Greater Los Angeles area the opportunity to compete for a $10,000 grant. The runner up in the challenge is eligible to select a local nonprofit to receive a $5,000 grant. The challenge is also in partnership with The Brotherhood Crusade, a local organization with a legacy of providing support and programming in the community.

Designed to encourage programs that educate and empower African American men in our community, the Ford Men of Courage Greater Los Angeles Barbershop Challenge is accepting applications through March 6, 2020.

“The Men of Courage program is designed to uplift and celebrate the many contributions of African American men to our world,” said Pamela Alexander, director of Community Development, Ford Motor Company Fund. “Los Angeles is a city filled with Men of Courage who change and improve our world every day and we are excited to celebrate and honor them with this program.”

The Men of Courage Barbershop Challenge is an expansion of the Men of Courage (MOC) grassroots program launched in 2015. Designed to build communities by advancing the narrative of black men through storytelling, the MOC initiative has included a variety of activations such as education programs, intergenerational forums and toolkits for conversation starters at community outreach events.

In past years, curated forums have been held in Detroit, Baltimore, Atlanta, Chicago and Los Angeles with national stakeholders such as activist Shaka Senghor, former Detroit mayor and NBA Hall of Famer Dave Bing, and NFL Hall of Famer Jerome Bettis as well as local LA celebrities, Los Angeles Rams Running Back, Todd Gurley and social equity visionaries like Karim Webb. Other Ford Fund initiatives in Los Angeles include Freedom’s Sisters, Ford Freedom Unsung and Grammy In the Schools.

With nearly 200 community leaders serving as mentors and engaging in hours of storytelling, vision boarding and process mapping with young men in the community, the work has resulted in more than 2,000 toolkits downloaded in 34 cities around the country.

The Greater Los Angeles MOC Barbershop Challenge seeks state-certified barbershop owners ages 18 and up to submit innovative applications that state why their barbershop should be distinguished as a Ford Fund Men of Courage shop and what that would mean for their community. Two finalists will be selected to receive a branded MOC barbershop makeover and compete by developing community engagement programming focused on education, entrepreneurship and empowerment for adults and youth. Ford will support their efforts leveraging partnerships with the California African American Museum and Microsoft to facilitate fun and engaging activities like how to develop and “Rock Your Linked In Profile” and free coding workshops.  They also provide free mobile XBox units for community gaming nights and friendly competition among clients.

“We are proud to partner with the Ford Motor Company Fund in bringing the Barbershop Challenge to the Greater Los Angeles area.  We look forward to encouraging our community to create their own long-term impact as we celebrate the contributions of those that have gone before them with the Men of Change exhibition,” said Cameron Shaw, Deputy Director and Chief Curator of the California African American Museum.

The MOC Barbershop Challenge launched last summer in Cincinnati and is currently winding down in Tacoma, Washington. To apply, shop owners should visit http://fgb.life and submit their application online. Applications are being accepted Feb. 7 – March 6, 2020.

The Men of Courage program serves as a complimentary grassroots activation to the Men of Change: Power. Triumph. Truth. exhibition at CAAM April 8 – August 1, 2020. Created by the Smithsonian Institution Traveling Exhibition Service (SITES), Men of Change is made possible through the support of Ford Motor Company Fund and highlights revolutionary African American men—including Muhammad Ali, James Baldwin, Ta-Nehisi Coates, W.E.B. Du Bois and Kendrick Lamar—whose journeys have altered the history and culture of the country. Cincinnati’s Freedom Center was the first stop of the exhibition’s national three-year tour. For more information visit sites.si.edu.

For more information on programs that support the African American community, go to http://fgb.life. 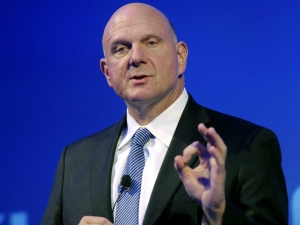