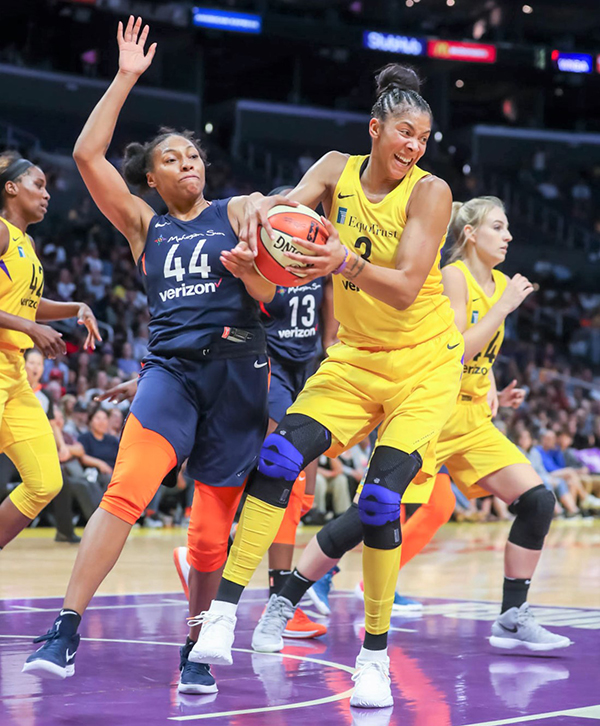 With seconds left in the game, Sparks forward Nneka Ogwumike forced a turnover on the Connecticut Sun and charged down the court. The Los Angeles Sparks needed two points to win, but only had enough time for a three-pointer as Nneka sent the ball skyward from 36 feet away, but the shot did not connect.

Despite overcoming a 20-point deficit, the Sparks fell short to the Connecticut Sun 72-73. Nneka led Los Angeles in scoring with 20 points and center Candace Parker made eight rebounds and five steals. Forward Chiney Ogwumike scored 21 points for the Sun and Shekinna Stricklen tied with Chiney for seven rebounds each.

The Sun set the tone with their shooting accuracy, landing 49.2 percent of their field goal attempts. However, the Sun gave up 22 points to 18 turnovers.

“We have a team that’s pretty damn good when we are locked in defensively,” said Sparks guard Alana Beard. “We had spurts where we did our part, where we put together defensive stops and that ultimately led to us getting easy buckets.”

The Sun offense was administrated by guard Rachel Banham and Chiney , taking advantage of the Sparks lack of scoring in the early minutes. Connecticut secured an 18-8 lead by the end of the first with neither team landing a three-pointer.

To begin the second term, Essence Carson made a five-point run and landed the first three-pointer for the Sparks.  Shooting accuracy for the Sparks was low however; Los Angeles shot at 41.2 percent compared to Connecticut’s 66.7 percent in field goal shooting.

Parker and guard Odyssey Sims returned to the floor and started a six-point run. Beard forced a turnover on Banham to score a fast-break shot and Sims landed a bucket. Yet Connecticut held tight to their lead, ending the half ahead 41-25.

Los Angeles gnashed their way back in to the game, battling against fouls and the Sun defense. With six minutes left in the third quarter, the Sparks were within five points of the Sun. Chelsea Gray sink a three-pointer but was countered by a driving layup by Chiney.

“I think that they tried their best to respond to what we did in the third quarter,” Nneka said. “We scored more points in the third than in the first half, so they’re gonna respond to that.”

Sims, Parker and guard Riquna Williams made baskets late in the third to close the deficit to three. 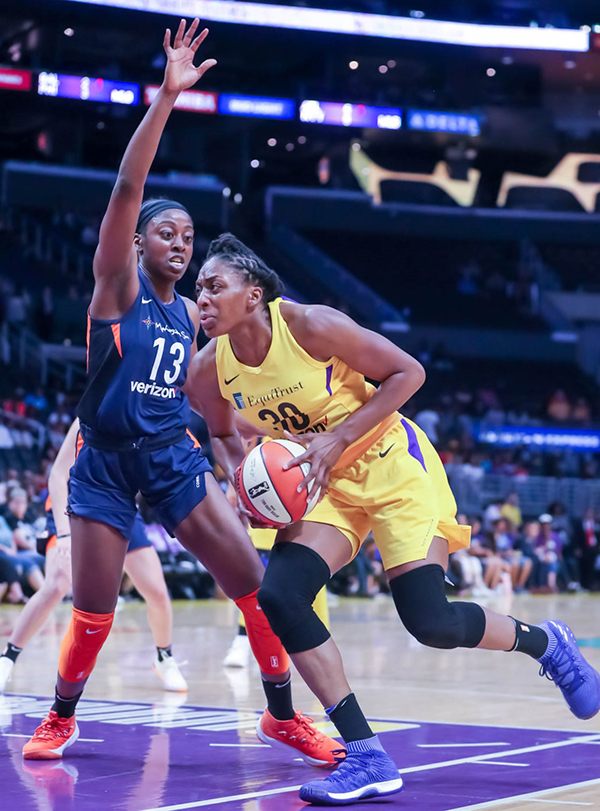 Forward Betnijah Laney scored four points through free throws and a layup to expand the Connecticut lead early in the fourth term. The Sparks soon hit a rhythm, with defensive stops from guard Chelsea Gray and Beard and free throws from Parker. Beard executed a steal, a layup and a rebound within 30 regulated seconds.

“She’s there for us every game,” Parker said about Beard. “She plays with energy and effort all the time.”

With 4:47 left in regulation, the Sparks earned their first lead of the game via a bucket from Nneka. Parker edged up their lead to three. Guard Jasmine Thomas and Chiney nullified their efforts, giving the Sun a one-point lead with 1:15 left.

The game spiraled into an offensive rebuttal, ending with Chiney robbing Los Angeles of their ounce of control of the game.

“In the best of the game, we just didn’t play at our standard,” said Sparks head coach Brian Agler. “We had miscues at both ends.”

The Sparks reunite with former teammate Kristi Toliver and battle against forward Elena Delle Donne when they play the Washington Mystics on Saturday, July 7 at 4:00P.M.