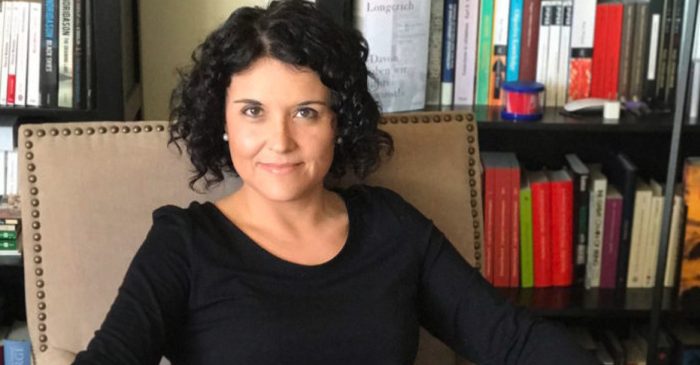 Reparations have fast become a major platform for Democrats seeking the 2020 presidential nomination.

Former Texas Rep. Beto O’Rourke joined that movement at the recent National Action Network convention when he said he’d support legislation for a slavery reparations commission if he were to win the White House next year.

“Not only do I support it, but I have legislation that actually does it,” Booker said earlier this month during a Town Hall. “In fact, I’ve got the only legislation, I think, in the entire Congress that Columbia University says would virtually eliminate the racial wealth gap in our country,” Booker said of his so-called “Baby Bonds” proposal.

Slavery and the Atlantic slave trade are among the most heinous crimes against humanity committed in the modern era, yet no one-time slave society in the Americas has paid reparations to former slaves or their descendants, notes historian, author and history professor Dr. Ana Lucia Araujo, who authored the groundbreaking 2017 book, “Reparations for Slavery and the Slave Trade: A Transnational and Comparative History.”

At 288 pages, Araujo’s book counts as arguably the most in-depth and carefully researched material on the subject of reparations.

Reviewers have given it more acclaim.

James Walvin, Professor of History Emeritus at the University of York in the United Kingdom, noted the trans-Atlantic debate about reparations for slavery has long needed a serious historical explanation.

In Dr. Araujo’s book, “We have the answer,” Walvin said, adding that the book is a “sweeping study, grounded in meticulous research, [which] explains how and why reparations have become so pressing a modern-day issue.”

“It is essential reading for everyone concerned – whatever their viewpoint,” Walvin added.

A history professor at Howard University, Dr. Araujo looks at slavery reparations movements that reaches across time and space and she considers enslavement, emancipation, and the continued refusal of every single slave-owning society in the Atlantic world-the USA, Britain, France, Brazil, Portugal, and Spain, especially to address the centuries of theft that made them wealthy and built the modern global political economy.

“The [presidential] candidates did not start addressing the issue suddenly. But there is now a momentum,” Dr. Araujo said.

“We know that the history of demands of reparations is an old one. When in March 2014 CARICOM released its 10-point plan demanding reparations to European nations, it had an immediate impact on the United States public sphere,” she said. 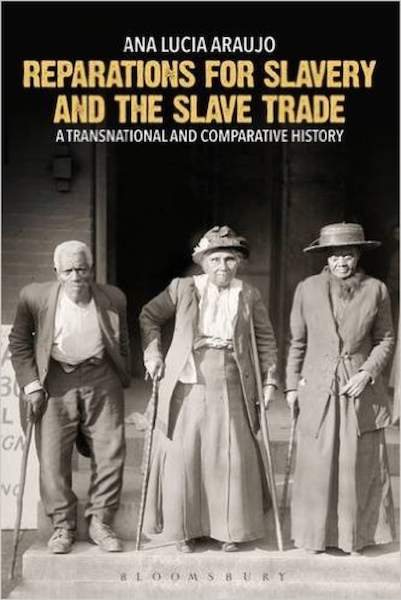 Two months later, Ta-Nehisi Coates published his essay “The Case for Reparations,” and other newspapers also covered the debate.

“Since then the debate has been evolving more intensely,” Dr. Araujo said.

“Also, in those years and up to now we see a true avalanche of news related to the slave past in Europe, Africa, and the Americas, especially in the United States,” she said.

“Remember that Bernie Sanders was asked about his support to reparations in 2016, to which he answered the issue was too divisive.

“Very probably he understood reparations as payments to African Americans. [Hillary] Clinton did not even consider the issue.”

With only two frontrunners [in the 2016 presidential election] that would succeed the first black president of the United States, the issue of reparations could not become a central element in the debate, Dr. Araujo explained.

Now, with several candidates running for the Democratic Party presidential primaries bringing this discussion back can certainly attract black voters, she said.

“[Another Democratic presidential candidate] Marianne Williamson was the first to bring the issue of reparations, that emerges within a religious framework such as atonement and amendments,” Dr. Araujo said.

“She proposes a $100 billion dollar plan to be paid over 10 years to African Americans.  Later on, Elizabeth Warren and Kamala Harris also declared they supported reparations but were rather vague regarding what that would mean,” she said.

Sebastian Hunt, author of “Black Diets Matter,” said he still found it odd that candidates are speaking up now.

“If you can dole out free land disproportionately to whites and move the goalposts all of the time with the types of insidious policies discussed in ‘The New Jim Crow’ then, yes, reparations are due,” he said.

For the 2020 presidential candidates, it not an expensive proposition for them to make statements about reparations because very often what those running mean by the term reparations is broad and vague, Dr. Araujo said.

However, in a campaign loaded with candidates, those who embrace the issue of reparations perhaps have more chances of attracting African American voters, she said.

“In this context, new organizations such as ADOS (American Descendants of Slavery) also emerged and certainly contributed to the visibility of the debate on reparations,” Dr. Araujo said. “Unlike previous movements, ADOS gained more visibility through the presence of its founders on social media that helped disseminating the #ADOS hashtag,” she said.

However, Dr. Araujo said what shouldn’t be forgotten is that present-day movements draw from the long history paved by the associations of ex-slaves demanding pensions at the end of the 19th century.

They also draw from others like Queen Audley Moore – whose activism among others promoted a Pan-African consciousness –, James Forman’s Black Manifesto, and the Republic of New Africa and NCOBRA – National Coalition of Blacks for Reparations in America, she said.

“All of these movements, some of which gathered thousands of members, were largely repressed,” Dr. Araujo said.

“Then if history teaches one something about the movements of reparations is that like abolition of slavery, reparations will never be a gift given by one individual to African Americans or individuals who identify as descendants of slaves,” she said.