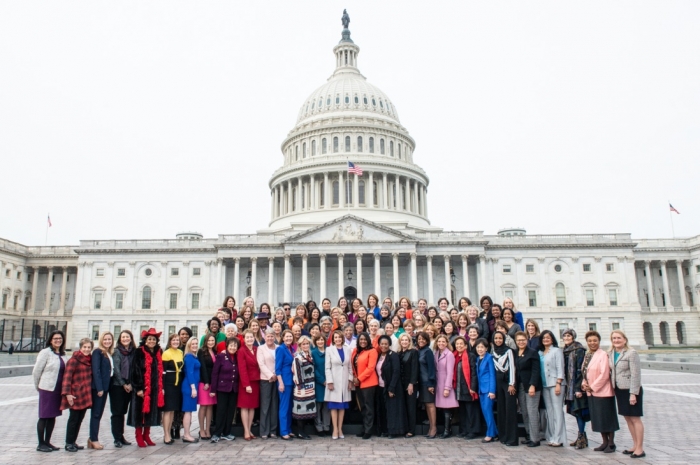 Congresswoman Maxine Waters (CA-43) issued a statement on the passage of H.J.Res.79, a resolution to remove the deadline for the ratification of the Equal Rights Amendment (ERA):

“This week marked a historic moment for women all across America. The House passed a vital piece of legislation that gets us one step closer in our century-long struggle for equality: the ratification of the Equal Rights Amendment to the U.S. Constitution.

“First introduced in 1923, the text of the Equal Rights Amendment is simple: ‘equality of rights under the law shall not be denied or abridged by the United States or by any state on account of sex.’ Despite their simplicity, these words, if enshrined in our Constitution, would have mammoth civil rights implications for women nationwide. These words could change our world for the better. They are the reason that women across the country have fought for decades for the ERA’s passage, and they are the reason I was so proud this week to cast my vote in favor of H.J.Res.79, which removed the deadline for the ratification of the ERA and brings us one step closer to equality.

“The ERA passed Congress with bipartisan support in 1972 and was quickly ratified by 35 of the needed 38 states. The arbitrary, congressionally created deadline for ratification came and went in 1982, and H.J.Res.79, which I am a cosponsor of, would extend that deadline and welcome the three states—Nevada, Illinois, and most recently Virginia—that have since ratified the ERA. We now have the requisite 38 states, and this nation is ready for the next stage in the fight for equal rights.

“The ERA would guarantee gender equity in the Constitution for the first time in our nation’s history. The ERA would add into our democracy’s foundational document the recognition that gender equity is a core principle of our beliefs. It would provide women who have suffered retaliation and discrimination more avenues for justice. It would make our country a more equal and more just, and I will never stop until the text of the ERA is preserved in our Constitution and upheld as a core tenet of our law.”