Clearly, there are important lessons we may sadly learn from the spectacle of Black forgiveness in a recent Dallas court after a White policewoman, Amber Guyger, was convicted of the murder of a Black accountant, Botham Jean, in his home while watching TV and eating ice cream. After Guyger was found guilty and during the period for the victims’ impact statements, Botham’s brother, Brandt, declared his forgiveness, love and desire for leniency for his brother’s murderer. And he made a special request to the judge for an opportunity to hug Guyger, saying “please, please.” And the Judge, Tammy Kemp, granted his wish and later came off the bench, hugged Guyger, herself, and gave her a bible and words of inspiration.

Brandt said that it was because of his faith and it was praised as a model of redemption and reconciliation by the media, prosecutor and mayor and Judge Kemp suggested this also with her hug and gift of the bible. But the Christian faith is varied and one can rightfully raise questions about how religious tenets and claims can be politically useful and serve the interest of degradation or dignity, justice for the injured and oppressed or exoneration of the victimizer and the oppressor. Indeed, the mother, Allison Jean, also Christian, criticized police training to kill, the flaws and corruption of the justice process concerning the investigation and treatment of her son and his murder, and said the city needs to do more to hold police accountable and that she wanted Guyger to pay for murdering her son. The father wanted justice also, but caught up in the process, followed his son’s lead and said he forgave and wanted to be friends with Guyger. Since ideas don’t fall from the sky, grow from the ground or float in from the sea, from where do these ideas come?

If we have learned anything from the enduringly relevant insights of the eminent psychiatrist and revolutionary, Frantz Fanon, it is that we cannot usefully or accurately discuss the psychology of forgiveness or of life, itself, outside of the context of the pathology of oppression and unfreedom. Lifted out of the social context in which it is rooted and made real in practice, forgiveness is an abstract seeking concrete existence. Every morality or ethics, religion or philosophy is conditioned by the social and historical context in which it has its existence and meaning. Thus, in a racist society, we cannot talk of forgiveness without recognizing its role, not only in religion, but also in religionizing racism, using religion to mask and advance racist ends.

The spectacle of forgiveness no doubt affected the jury’s 10-year sentence in a state with outrageously long sentences, but it also plays a special function of justifying the system and denying real justice to its victims. Indeed, the victory of Guyger’s conviction for murder was soon diminished, if not reversed, by her sentence of 10 years, the caring focus on her and the cruel forgetting of the victim himself, Botham Jean. The spectacle minimized the moral importance of justice for the victim, muting discussion of the moral gravity of taking a person’s life, the tragedy and injustice of it, and the harm, pain and the destroyed life and future it has caused. Indeed, it cheapens the concept of justice for the injured and oppressed, reducing it to forgiving the oppressor and victimizers and forgetting and setting aside the injury, pain and death of the victims. Thus, such a spectacle of forgiveness foregrounds the socially promoted need to redeem the offender and oppressor, to relieve their feigned and ersatz “suffering,” and show ourselves worthy of appreciation by the oppressing race and class. And they, in turn, give us a few seconds and minutes of TV time, to reassure all is well on the plantation, the drums of righteous resistance are all silenced, and the struggle has been reduced to personal confessions of forgiveness, non-hatred, hugging and declarations of deformed love.

We are constantly cultivated, convinced and compelled to demonstrate our forgiveness of our oppressor and thus of our oppression, and to denounce and disassociate from any anger at the devaluation and violation of our bodies and minds and the taking of our lives. Indeed, we are expected to declare our loyalty to and love of our oppressor, conjuring up the obscenely immoral and dehumanizing image of rapists demanding that the victims endorse their rape and assure the rapists that they love it and love them and want more.

A White discussant on TV said the spectacle of forgiveness and hugging represented “a redemptive chapter in American justice.” But whose redemption and at whose expense? Again, such talk reductively defines the moral and spiritual meaning of redemption. For it may offer temporary relief for the oppressor from facing the criminality and cruelty of systemic injustice and violence this whole event and drama represent. But in all of this, we are not redeemed, neither from our oppression nor the slavish mentality it cultivates in too many of us.

Forgiveness as a religious principle is mystified as unilateral, unconditional and immediate, suggesting it is one-sided, without the demand of repentance or cessation of wrong and injury done and an automatic obligation, especially for the oppressed. Thus, the oppressor can seek, suggest or even demand redemption without repentance, reconciliation without recognition and respect of our rights to freedom from injury and oppression. And he can enjoy all the advantages of such a dubious doctrine of forgiveness without the obligation to practice it himself.

Also, such mystification and manipulation of the morality of forgiveness encourages the oppressed to declare they are no longer a victim, no longer enslaved mentally or oppressed socially. It blurs the morally necessary distinction between personal beliefs about salvation and the collective need for liberation, and between the personal preference and confession of forgiveness and the social achievement and enforcement of justice. It invites silence and suppression of righteous anger at evil, injustice and oppression, and suggests rituals of forgiveness and unreciprocal reconciliation are a substitution for radical social transformation in the interest of liberation and justice. And, of course, these spectacles of forgiveness function to help the oppressor and victimizer feel less guilty about the crimes they have committed against the vulnerable in the world and continue to do.

We are thus encouraged to heal without the remedy of righteous and relentless resistance. We are to avoid anger against evil, injustice and oppression and to suffer peacefully and act responsibly according to the protocol and rules of engagement put in place to protect and perpetuate the established order. And we are to prove our worthiness before a system and its rulers and sustainers that have long denied our equal humanity and equal human rights to life, freedom, justice and the common goods of society and the earth.

No, we must not let our oppressor be our teacher in matters of morality and thus we must also not allow him to cultivate in us dignity-denying and enslaving efforts to gain his approval, and demonstrate love and loyalty in the face of constant abuse, violence and devaluation. Clearly, we know the value of forgiveness, but we must start with ourselves, among ourselves. We will get no praise or TV time for this, but it is indispensable in repairing and renewing ourselves, building unity and community and waging the righteous and relentless struggle for real justice in this country and the world. In a word, our fundamental focus must not be on forgiving our oppressor, but on winning the righteous, relentless and transformative struggle that will end the oppressive practices and conditions which would eliminate the need for him to be forgiven. 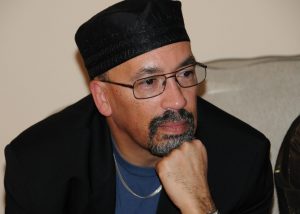 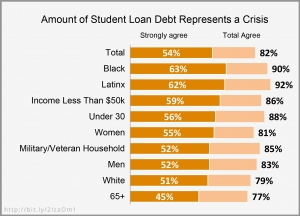 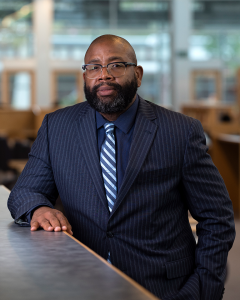