The watchdog panel that oversees the Los Angeles County Sheriff’s Department asked the county’s inspector general to conduct an inquiry into secret deputy cliques that have proliferated for years and been implicated in violence against jail inmates and harassment of fellow deputies.

“This is an issue that requires bold leadership and action from the commission,” Civilian Oversight Commission Executive Director Brian Williams said. “We are working to create transparency and accountability within the Sheriff’s Department, and this is an important step to do just that.”

The review will focus on “why, how and to what end personnel join these groups” and whether members violate department policy or the law.

There have been complaints for years about cliques or gangs within the Sheriff’s Department — one called the “Little Devils” was active as far back as 1971 — and a watchdog panel called for their elimination in 1992.

The Citizens’ Commission on Jail Violence reported in 2011 that cliques at the Men’s Central Jail were “highly resistant to supervision, committed acts of open insubordination, and sought to intimidate, bully and undermine supervisors whose policies they did not like.”

In remarks to the Board of Supervisors in March, the sheriff defended his response to the cliques, saying he replaced leadership in the East Los Angeles Station because of related concerns and has “taken every single affirmative step we can take at this time,” including relieving deputies of duty pending potential criminal charges.

Villanueva also said he would cooperate with any review, which is also expected to include input from the deputy unions and community members.

The language of the COC’s motion refers to the cliques as “deputy sub-groups,” which drew objections from community activists.

It’s not a sub-group, it’s a gang,” Michele Infante of Dignity & Power Now told the commission. “It’s an organized group of criminals. Just because they haven’t been prosecuted doesn’t mean they’re not criminals.”

A report back is expected within 90 days.

The Board of Supervisors voted in March to have the Office of Inspector General and the COC study the cliques, prompted by legal claims filed by a group of young Latino deputies from the sheriff’s East L.A. Station who say they were terrorized and assaulted by members of the “Banditos.”

Villanueva told the board then that an investigation was underway and the results would ultimately be presented to the District Attorney’s Office for review. 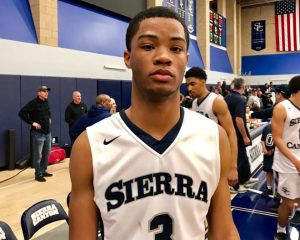