Three-time track and field Olympian Althea Moses published her first book, “Irresistibly Fit: How to Become a Spiritually Strong, Sexy and Firm Woman Everyone Admires and No One Can Resist,” that debuted as a number one bestseller in the United States, Canada, United Kingdom and Australia.

Moses holds many hats; among them consultant, speaker, personal coach, group fitness lead trainer, and founder of Althea Moses Health and Fitness Co. She is the world’s first creator of the ALTHEA exercise, which combines affirmations and exercise.

The mission of the book is: to serve people and be beneficial in their lives, so they and their families can live better.

“If you are taking care of your body, watching what you eat and moving your body, then you are going to have a good quality of life and I think that’s really important,” Moses said especially of the African American community.

Though her book is meant for all women to achieve comprehensive mind, spiritual, and physical training, Moses emphasizes the importance for African American women to reduce susceptibility to health problems. 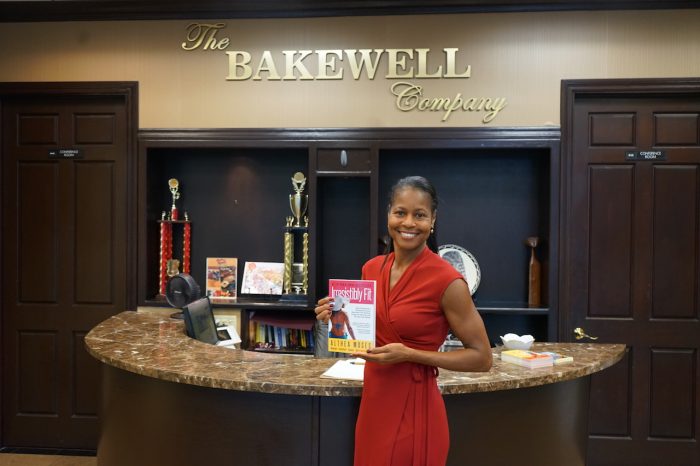 “I’m aware that the African American community is plagued with the diabetes, the high blood pressure, hypertension and even high cholesterol which makes many of us sick and die before we should,” Moses remarked.

Moses was born and raised in Belize. In 1980, she and her mother moved to Los Angeles to live with her grandmother as an escape from her father who was abusive towards her mother. The following year, she and her mother settled in Inglewood, where she has remained a resident ever since.

“It was bittersweet,” she described.

She credits her experience with her parents to her strength as a growing adult.

“It helped me to work much harder than many of my peers because I was on a mission to not live the life that my mother lived,” Moses continued.

While at Morningside she became the record holder for both the triple-jump and the 800-meter run. In 2005, she was inducted into the Morningside High School Track and Field Hall of Fame.

Her success in high school earned Moses a full ride scholarship to the University of California, Los Angeles where she graduated with her B.A. in history (1993). 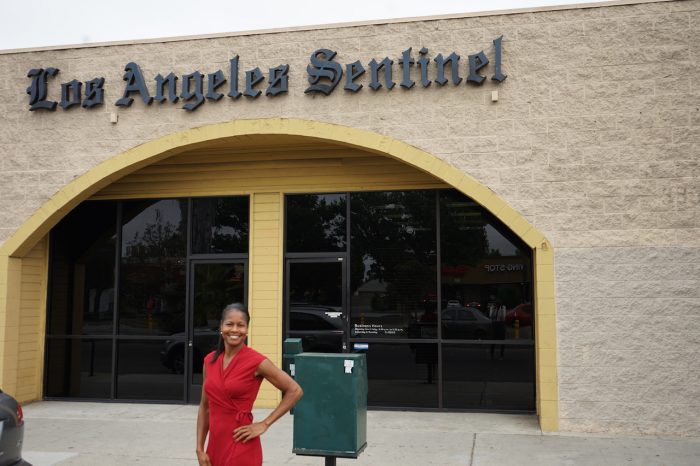 Three-time track and field Olympian Althea Moses published her first book, “Irresistibly Fit: How to Become a Spiritually Strong, Sexy and Firm Woman Everyone Admires and No One Can Resist”
Photo by Lauren A. Jones/L.A. Sentinel

“I would say the lessons learned during my track career is that when you have a talent and you know that there are people who have dreams of doing whatever your knowledge is good at, mentor them,” Moses said, who holds a gold and silver medal as a Junior Olympian.

Many of her mentors came over the course of her amateur and professional track and field career.

“My coaches at Morningside high school were very inspirational,” commented Moses. “They were very essential in me becoming a champion.”

In 1996, Moses competed in the Atlanta Olympic games in the triple-jump , what she described as the single greatest athletic event of her life.

“I grew up in the Bottoms in Inglewood right off of Crenshaw and 104th and I was able to get that full ride to UCLA with track and field and expand my horizons with higher education at this prestigious college,” said Moses. “’If I didn’t define myself for myself, I would be crunched into other people’s fantasies for me and eaten alive.’”

She referenced one of her favorite quotes by poet Audre Lorde.

Moses went on to found the Althea Moses Health and Fitness Co. in 2012 to continue to inspire women and guide them on their journey to spiritual, mental, and physical health.

“Irresistibly Fit” can be purchased on www.AltheaM.com, on www.Amazon.com, and locally at Zara’s Books and Things in Inglewood, Calif.