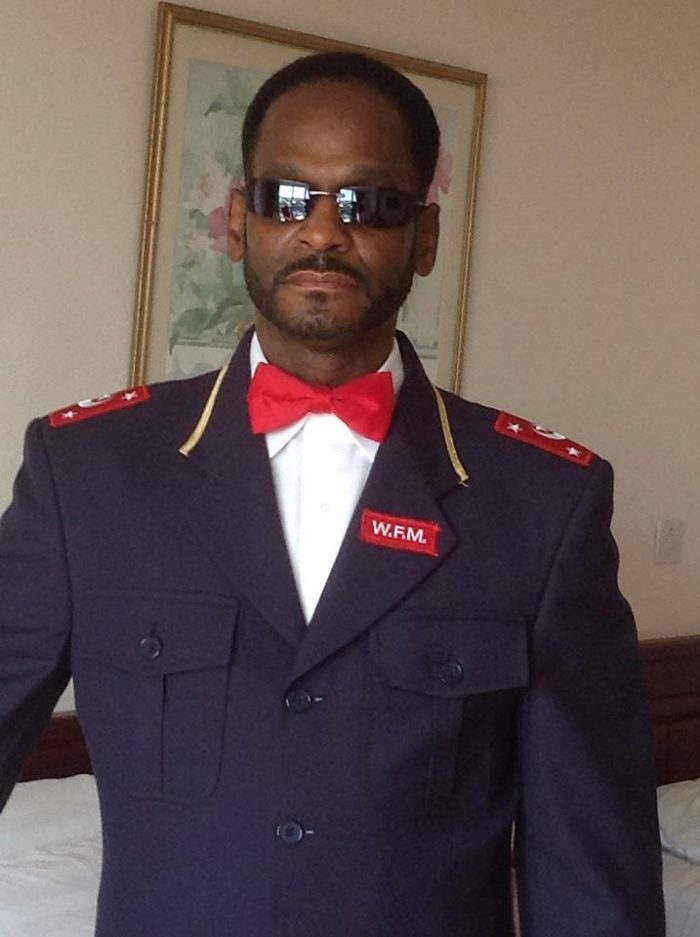 In the Name of Allah, the Beneficent the Merciful.

And speak not of those who are slain in Allah’s way as dead. Nay, (they are) alive, but you perceive not. Holy Qur’an, Surah 2, Verse 154

As Salaam Alaikum. (Peace Be Unto You.)

The Nation of Islam, with deep sadness, announces the passing of Brother Louis Farrakhan, Jr., the eldest son of the Honorable Minister Louis Farrakhan and Mother Khadijah Farrakhan. The family was aware of a previous heart condition and it appears that Louis, Jr., passed peacefully in his sleep at the family home in Phoenix, Ariz. He was 60-years-old.

We extend our love, support and prayers to the Farrakhan family, the family and children of Louis, Jr., the entire Nation of Islam and to all who knew and loved our dear brother.

The Janazah (Muslim burial) Service for Brother Louis Farrakhan Jr. will be on Friday, June 8, 2018 at 3:00 P.M. at Mosque Maryam.

We thank Allah (God) for the life of Louis, Jr., his contribution to rise of Black and oppressed people and for touching so many of us in a deep and very personal way. He worked alongside his father and family in fulfilling the mission of the Hon. Elijah Muhammad and the Nation of Islam and his dedication and sacrifice to our cause will never be forgotten.