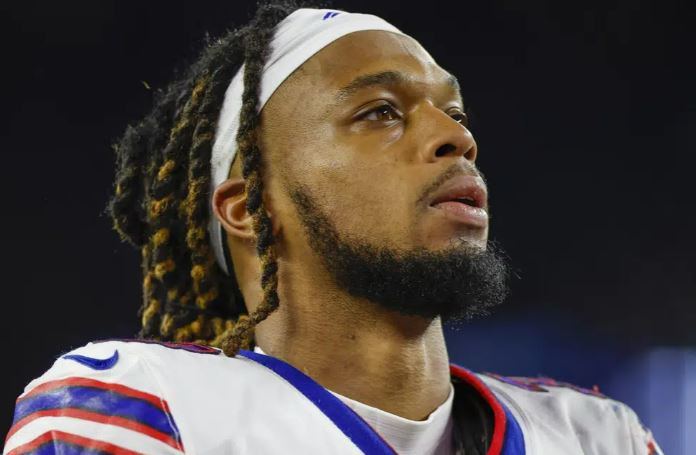 With tears beginning to well, Tennessee Titans linebacker Rashad Weaver shook his head and lowered it to his knees, his body swaying as he tried to express what it was like watching friend and former college teammate Damar Hamlin having to be resuscitated back to life on the football field.

“I don’t know, man,” Weaver said Tuesday after sobbing uncontrollably at his locker. “I missed exactly what happened but like five seconds later, seeing the first replay of it, just kind of like everybody else sitting there and holding your breath and figure out what happened.”

Weaver’s reaction was that of most everyone watching from home and on the field in Cincinnati on Monday night, when Hamlin, the Buffalo Bills safety, collapsed while going into cardiac arrest after making what appeared to be a routine tackle.

As the second-year Bills player lay sedated in a hospital bed with his family by his side at University of Cincinnati Medical Center, where he remained in critical condition, Hamlin’s competitive and giving spirit was not lost on those who know him.

Dorrian Glenn, Hamlin’s uncle, told CNN in a televised interview outside the hospital Tuesday that Hamlin needed to have his heart re-started twice — once on the field, and again after he arrived at the hospital. Glenn also provided those details to other outlets, including ESPN and NFL Network.

“They were resuscitating him on the field before they brought him in the hospital and then resuscitated him a second time when he got to the hospital,” Glenn told CNN. “I just want to show my gratitude for the medical staff that were on hand because if not for them, my nephew probably wouldn’t even be here.”

Glenn said he was watching the game with some relatives in Pittsburgh. He arrived in Cincinnati early Tuesday; the cities are about 300 miles apart.

“I never cried so hard in my life,” Glenn said. “Just to know, like, my nephew basically died on the field and they brought him back to life. I mean, it’s just heartbreaking.”

Glenn said there were some encouraging signs, such as doctors lowering the level of oxygen Hamlin needs from 100% to 50%.

“He’s still sedated right now,” Glenn told CNN. “They just want him to have a better chance of recovering better. So, they feel that if he’s sedated, his body can heal a lot faster than if he was woke and possibly cause other complications.”

The chilling scene of Hamlin’s collapse, which played out in front of a North American television audience on ESPN’s “Monday Night Football,” has put the NFL on hold, with the game suspended. That sparked an outpouring of support in placing Hamlin’s life ahead of sports, and pushed to the forefront the generous person he is. 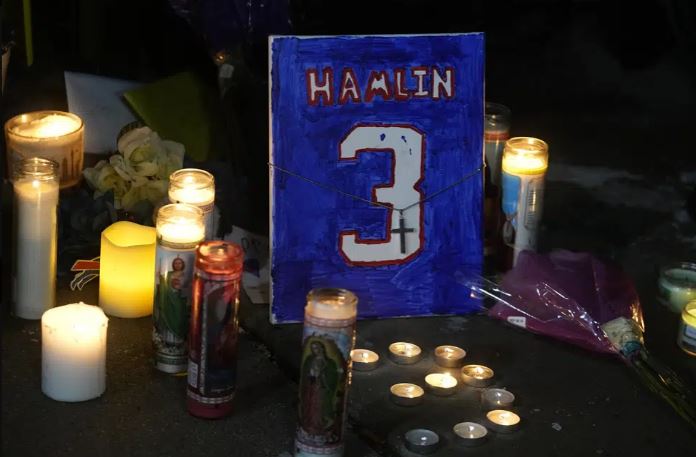 A painting that shows the number of Buffalo Bills’ Damar Hamlin is illuminated by candles during a prayer vigil outside University of Cincinnati Medical Center, Tuesday, Jan. 3, 2023, in Cincinnati. Hamlin was taken to the hospital after collapsing on the field during an NFL football game against the Cincinnati Bengals on Monday night. (AP Photo/Darron Cummings)

“He has his own clothing brand called Chasing M’s, which is about chasing your dreams and chasing millions,” said Weaver, who spent four years playing alongside Hamlin at the University of Pittsburgh. “And that’s everybody’s goal in life, reaching your dreams.”

Players and fans from across the NFL rallied to Hamlin’s support, with vigils held in Cincinnati and outside the Bills’ home stadium. The shock of what happened also reverberated in Pittsburgh, where the 24-year-old Hamlin grew up and was determined to give back to those in need.

“Damar is a hero to thousands of Pittsburgh kids,” Pitt football coach Pat Narduzzi said in a statement. “Damar, we love you. We are praying for you. Pittsburgh’s always had your back. And now it’s obvious the entire country has your back, too.”

The Bills said Hamlin spent the night in intensive care after his heart stopped when tackling receiver Tee Higgins in the opening quarter against the Bengals. Medical staff restored his heartbeat during frantic moments on the field before he was loaded into an ambulance, where he was joined by his mother, with teary-eyed players and coaches on both teams watching helplessly.

“First and foremost, the Bengals continue to send thoughts and prayers to Damar Hamlin and his family. Our hearts are with everyone in this unprecedented time — what we can do is support one another,” Bengals president Mike Brown said in a statement. 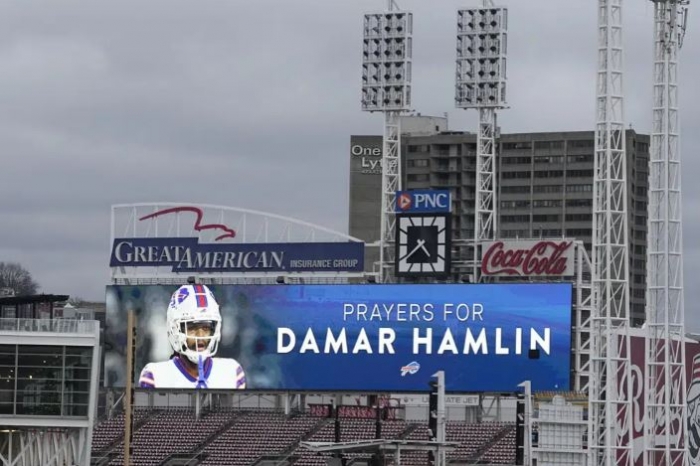 A scoreboard at Great American Ballpark displays a photo of Buffalo Bills’ Damar Hamlin, Tuesday, Jan. 3, 2023, in Cincinnati. Hamlin was taken to the University of Cincinnati Medical Center after collapsing on the field during an NFL football game against the Cincinnati Bengals on Monday night.(AP Photo/Darron Cummings)

In Buffalo, the Bills changed their social media avatar to that of Hamlin’s No. 3 jersey with the words “Pray For Damar.” The other 31 teams and the NFL quickly followed suit.

While some Bills players stayed in Cincinnati to be with their teammate, the rest returned home early Tuesday, when they were greeted by a handful of fans watching silently from the side of the road outside Buffalo Niagara International Airport.

The Bills took the day off and were unsure when they might resume practicing, putting Hamlin above everything else, including their quest to clinch the AFC’s top seed.

The NFL’s schedule is now in flux after the game between Buffalo (12-3) and Cincinnati (11-4) — a showdown with AFC playoff race implications — was postponed indefinitely.

NFL Commissioner Roger Goodell informed both teams that their game would not resume this week. No decision has been made on whether it will be played at a later date, with the league not making any changes to its Week 18 schedule, a week before the playoffs are set to begin.

Numerous NFL teams canceled their media availabilities, including the New England Patriots, who are scheduled to travel to Buffalo for the teams’ season finales on Sunday.

“Please pray for our brother,” quarterback Josh Allen posted in a tweet.

Added offensive lineman Rodger Saffold: “He is more than an athlete. He is a son and brother. And I pray God gives him mercy and brings him back to us.”

Hamlin is from McKees Rocks, a hardscrabble exurb of Pittsburgh, and was selected by Buffalo in the sixth round of the 2021 draft. He spent his rookie season limited to special teams roles, and took over the starting job in Week 3 in place of veteran Micah Hyde, who remains sidelined by a neck injury.

Overnight, Hamlin went from being a relatively unknown second-year player to receiving an international outpouring of support.

Bills and Bengals fans gathered at the hospital immediately following the postponement of the game, with many returning on Tuesday.

Elena Weiler, 33, from Amelia, Ohio, and Billy Jeffers held a sign that said “Pray for Hamlin 3” with candles in front.

“It don’t matter if you’re a Bengals fan or a Bills fan, we’re here to show our support,” said Jeffers, who was wearing a Bengals sweatshirt.

The Bills now face perhaps their most difficult hurdle in a calendar year filled with on- and off-field adversity. The team has seen its schedule disrupted twice by major snowstorms in the past month, including a blizzard that led to at least 40 deaths in the region over Christmas. The Bills also rallied to support the community in the aftermath of a racist shooting rampage that left 10 dead at a Buffalo supermarket in May.

On Tuesday, it was the region’s turn to rally for the team on both sides of the New York-Ontario border.

The Ontario-based Niagara Parks commission announced it will illuminate Niagara Falls in blue in honor of Hamlin.

“Our collective thoughts are with him, his family, his team and the City of Buffalo,” the commission wrote. 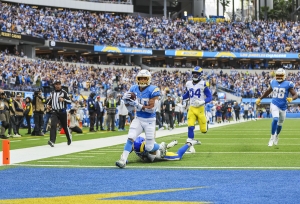 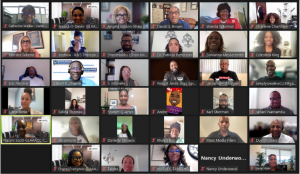 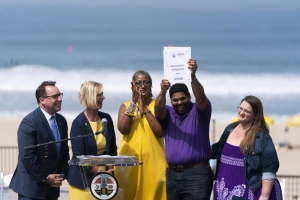 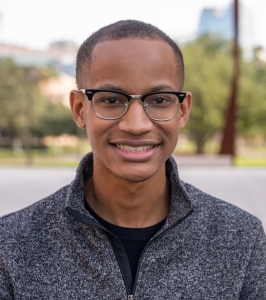 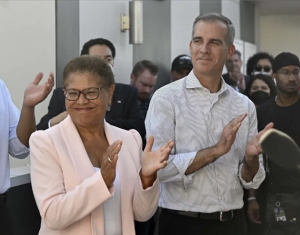