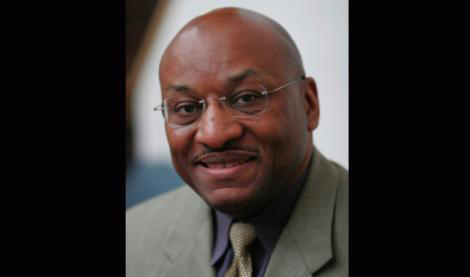 Calvin Lyons said he is “beyond honored” to now be working as the CEO of the Boys and Girls Club of Metro Los Angeles. Lyons is a Seattle transplant, where he in four years, implemented a budget plan that eliminated the organization’s nearly $10 million in debts and enabled it to recover and grow. He also helped pass King County’s six-year Best Starts for Kids levy, which generates approximately $65 million annually and is considered the nation’s most comprehensive approach to early childhood development.

But Lyons is no stranger to the Southland.

“It’s great to be home,” he told the Sentinel during a recent interview.

“I’ve lived in the area for quite a while, so it’s good to come back to a market that has given me so many opportunities from a career standpoint. And then, to bring what I’ve learned from working at other Boys and Girls Clubs about economies of scale, the power of collaboration and the ability to help staff develop… I am super excited.”

He’s been at the Los Angeles club for about three weeks. His plans include building a configuration of clubs to promote the success of more kids, he said. Boys and Girls Club of Metro Los Angeles serves about 4000 kids currently. Lyons would like to grow that to 20,000.

“Through the creation of the new Boys & Girls Clubs of Metro Los Angeles, we’re evolving to meet the needs of the community and positively impact a greater number of area young people through expanded services, improved programs and streamlined funding.”

No doubt he can pull it off. In Seattle, under his leadership, Boys & Girls Clubs of King County achieved a substantial turnaround in fundraising, membership and quality programming, including a standout youth workforce development program.  Before that, Lyons garnered a wealth of experience in youth development work in organizations like Talaris Institute, Rainier Scholars and INROADS.

He has also worked within the private sector in both diversity and senior human resources roles at Washington Mutual and the Boeing Company. Lyons has a Bachelor of Science degree from Purdue University and an MBA from Pepperdine University, and completed an Executive Leadership Program in Business at Seattle University.

“Throughout his career with Boys & Girls Clubs and beyond, Calvin has demonstrated an exceptional ability to effect meaningful change and create efficiencies. By leveraging his skills and experience as well as the collective strength of the collaborating organizations, we can extend our reach and assure that success is within reach of every young person who enters our doors.”