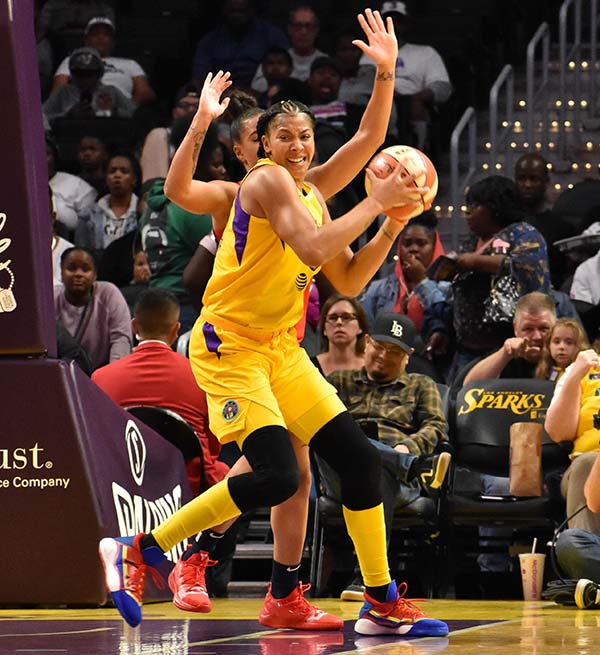 “I think we did a good job of driving and finding the open lanes – whether it was me, or somebody else getting an open shot,” Atkins said.

The Mystics shot from 42 percent from the field and 46 percent in three-point shots, besting the Sparks’ 28 percent and 16 percent effort respectively. Parker played for 24 minutes and mentioned how she has to get back acclimated to the team chemistry.

“I have to go back to the drawing board and get more reps with them, relearn how to play with this team,” she said. “I think we will go back and figure out our strengths.”

Turnovers and poor shooting plagued Los Angeles in the early minutes. Washington created a 13-2 run in the first four minutes. Wiese and Nneka would make it to the line and Riquna Williams gave the Sparks momentum late in the first term. Nneka mentioned how William’s and Wiese’s contributions off the bench were helpful. 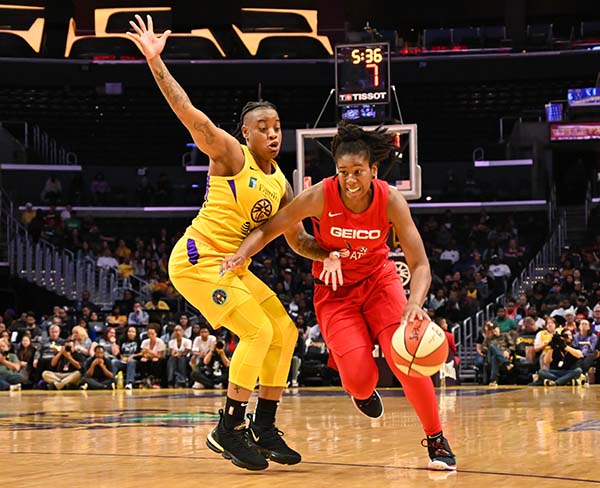 “I think we have the deepest bench in the league,” Nneka said. “For us to be able to bring anybody in and expect and also receive, it’s major; especially when we didn’t start the game off as we should have.”

The Sparks came into the second quarter trailing by 14 points. Parker earned her first shot of the game, edging them up to 15 points. Los Angeles kept making turnovers, shutting down Nneka with double teams. The Sparks were shooting at 9.1 percent from behind the arc and gave up 22 points from 14 turnovers.

“Offensively I thought that players were not as aggressive,” said Sparks head coach Derek Fisher. “I thought that defensively we looked lost and we haven’t had a lot of time to practice with a particular group.”

The Mystics went cold for two regulated minutes in the third quarter, but the Sparks did not capitalize of of it and had an offensive drought of their own. Washington made four steals and two blocks, they continued to find shots when the Sparks shots did not fall. Los Angeles only made 11 points in the third.

Rookie Kalani Brown and Marina Mabrey played, along with Chiney, Wiese and Williams, for the entire duration of the fourth quarter.

“I just tried to get in there and bring some energy in that second group and keep the tempo going,” Brown said.

The Sparks now go on a two-game road trip, batting the Seattle Storm on Friday and the Phoenix Mercury Sunday. They return home to play the Las Vegas Aces on Thursday, June 27 at 7:30 P.M. 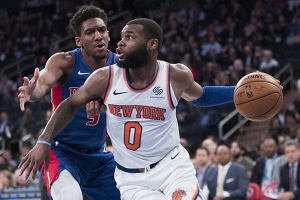 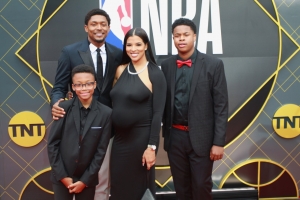 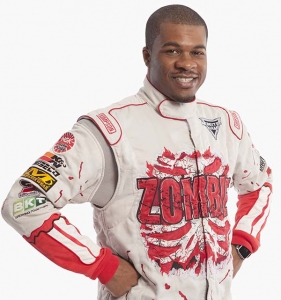 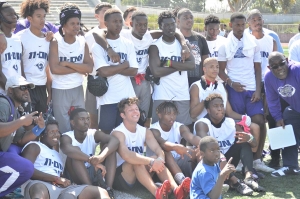