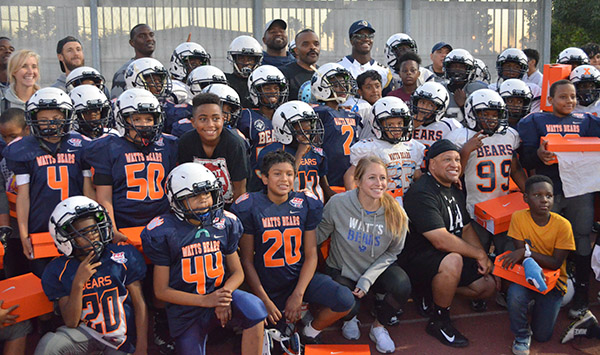 The Los Angeles Rams partnered with non-profit organization HavASole to donate cleats to the Watts Bears youth football program. Linebacker Samson Ebukam and defensive lineman Ethan Westbrooks attended the Watts Bears’ practice to help them through drills and give them words of encouragement.

“It’s just a little perk that [we’re] giving them just to say that ‘you’re not just here grinding for no reason,’” Ebukam said. “There’s people thinking about you and they gave you these shoes because some people aren’t able to afford them and now they can play the game that they love.”

Bears player Milton Catching, 12, appreciated the visit from the L.A. Rams and the new pair of cleats.

“It just basically shows how they’re just giving back to the people who couldn’t buy cleats,” Catching said.

The Watts Bears is a community organization that helps bridge the gap between civilians and the LAPD. Founder Zarren Thompson used football to attract the youth to a program that prioritizes education and mentorship.

“Anything those guys get, either free or donated, it is always pride,” Thompson said. “They have pride every time they step on the field, every time they come to practice.”

Along with being a football team, the Watts Bears provides a summer school program to aide the participants with academics. They also do community outreach projects. Playing and excelling in football inspires Catching to have a proficient academic record. 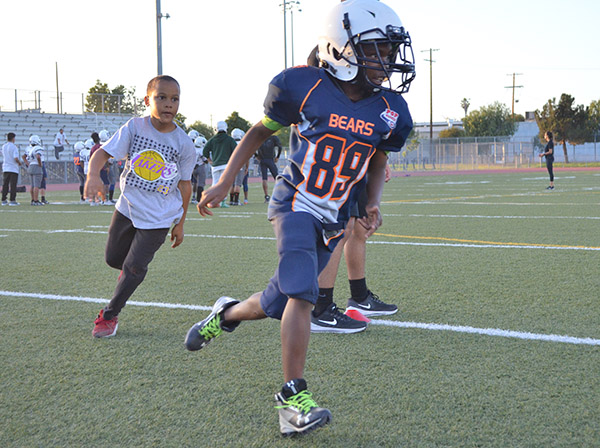 The Watts Bears promotes the importance of academics and community outreach along with offering football (Amanda Scurlock/L.A. Sentinel).

“It motivates me because it basically shows me how I’m a captain on the field and at school,” Catching said. “I have to get good grades and basically be a leader in the class too, as I am on the field.”

As the organization gained attention from public figures and pro athletes, Thompson would urge the visitors to tell the Bears about what they did and did not do to reach their current occupation.

HavASole is four years old and has given around 12,000 pairs of shoes in 20 major cities throughout the nation, according to founder Rikki Mendias.

“Everytime we put a brand-new pair of shoes on somebody feet the reaction is different,” Mendias said. “The amount of gratitude that is shown and the energy really keeps us going.” 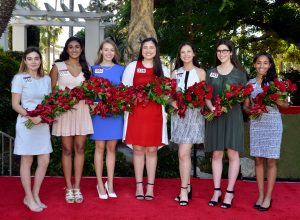