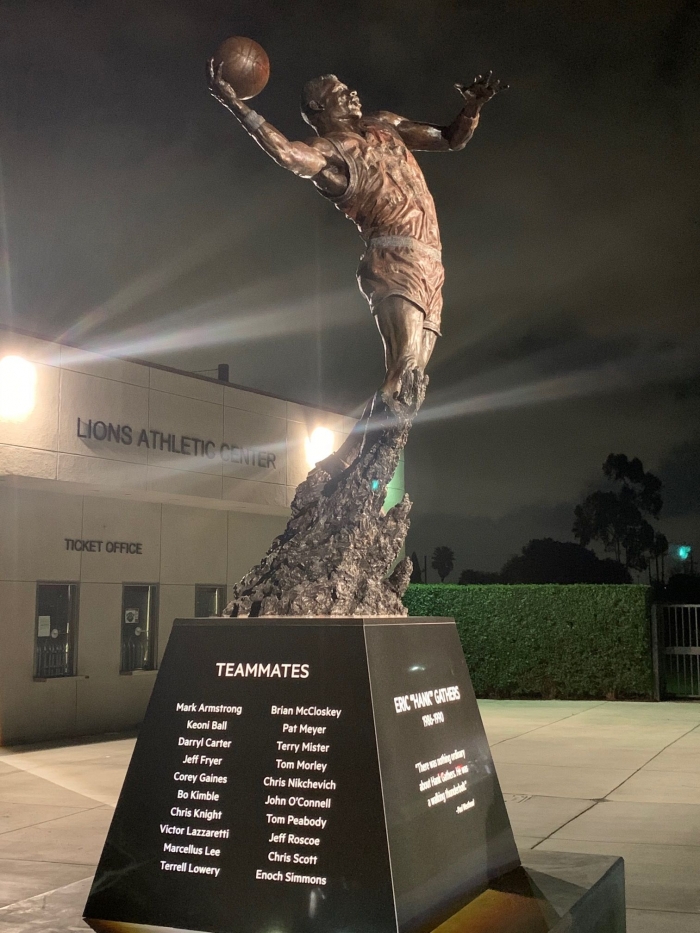 A night-view of the Hank Gathers statue

On Saturday, February 29th, Loyola Marymount University hosted a ceremony during which it unveiled a statue of the late, great Hank Gathers. Hundreds, including current students, faculty, staff, alumni, as well as fans and community members, were in attendance to celebrate both the statue’s unveiling and the man, who meant so much to so many. Known as Hank “The Bank”, at 6’7” tall Gathers was an outstanding scorer, rebounder, and defender, who utilized speed, strength, and quickness to dominate opponents. During his stellar three-year career (1987-1990), he was the West Coast Conference (WCC) Player of the Year (1989), a two-time WCC Tournament MVP (1989-1990), First Team All-WCC (1988-1990), and a consensus second-team NCAA Division I All-American (1990). Gathers remains the school’s leading scorer and is second in career rebounds.

During his Junior year (1988-1989), Gathers became only the second player in NCAA Division I history to lead the nation in both scoring and rebounding in the same season with averages of 32.7 points and 13.7 rebounds per game. As a Senior (1989-1990), Gathers was a candidate for National Player of the Year and projected to be an NBA Lottery pick. However, on March 4th, 1990, he collapsed during a West Coast Conference Tournament game and was later pronounced dead. He was 23 years old. Gathers’ jersey number was retired in 2000. Since his passing, Gersten Pavilion, the Lions’ on-campus athletic facility, has become known affectionately as Hank’s House.

According to Gathers’ brother, Derrick, the statue and ceremony means a great deal for Hank’s lasting impact, as well as his legacy. “He’s an icon – not just here – but all over the world. It’s awesome that his legacy lives on after thirty years. The whole weekend was a stamp on his legacy.” 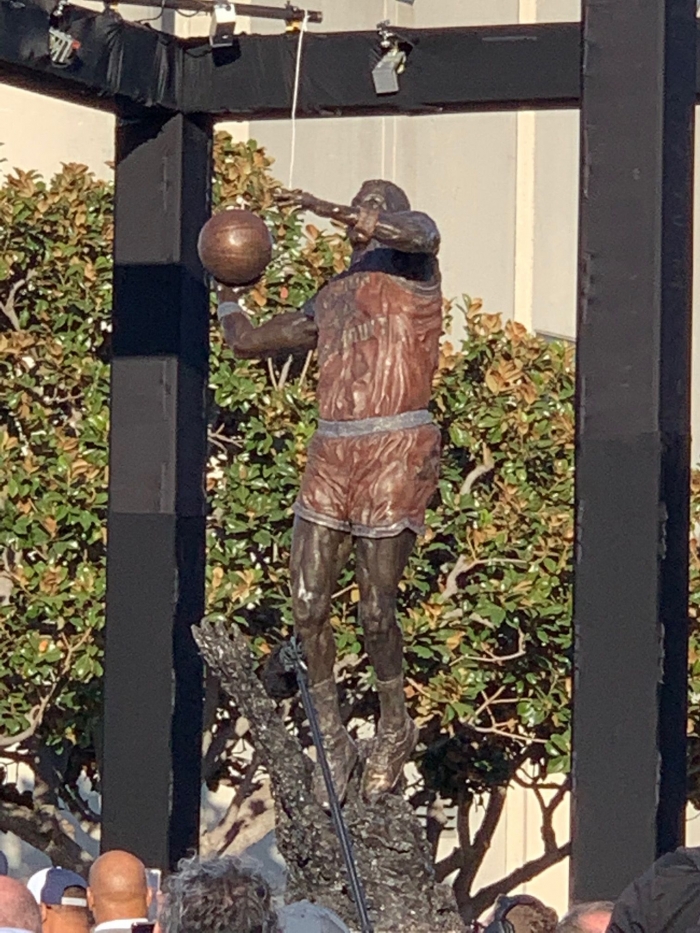 While Gathers’ basketball prowess was unmistakable, his energy and charisma were infectious, as evidenced by Saturday’s sizeable crowd. The unveiling coincided with LMU’s Family Weekend, it’s celebration of Black History Month, and its commemoration of the thirtieth anniversary of the 1989-1990 Men’s Basketball Team, which advanced to the Elite Eight of the 1990 NCAA Division I Men’s Tournament. Several – if not all of Gathers’ – teammates and coaches, returned for the unveiling and the men’s game that followed, during which they – and the Gathers family – were honored during a special halftime ceremony. During the game, the men’s team also donned throw-back uniforms that were similar to the ones worn by Gathers and his teammates. 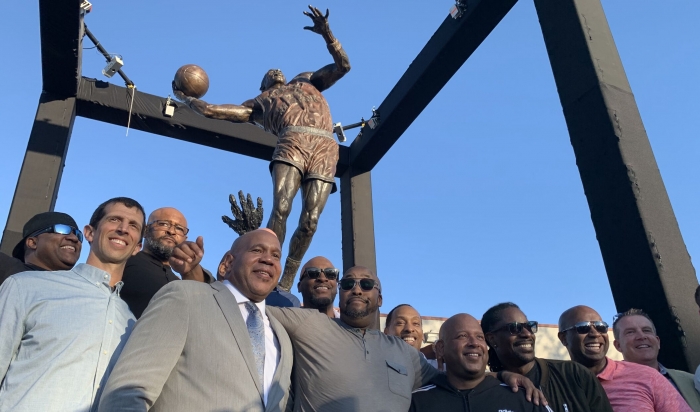 Teammates and coaches of Gathers in front of the statue

The statue of Gathers was created by Rotblatt-Amrany, the studio that has designed several well-known statues, including those on display at the Staples Center, as well as the statue of Michael Jordan at Chicago’s United Center. 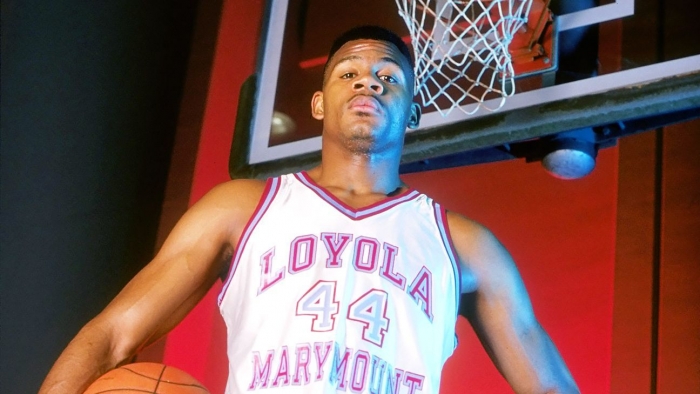