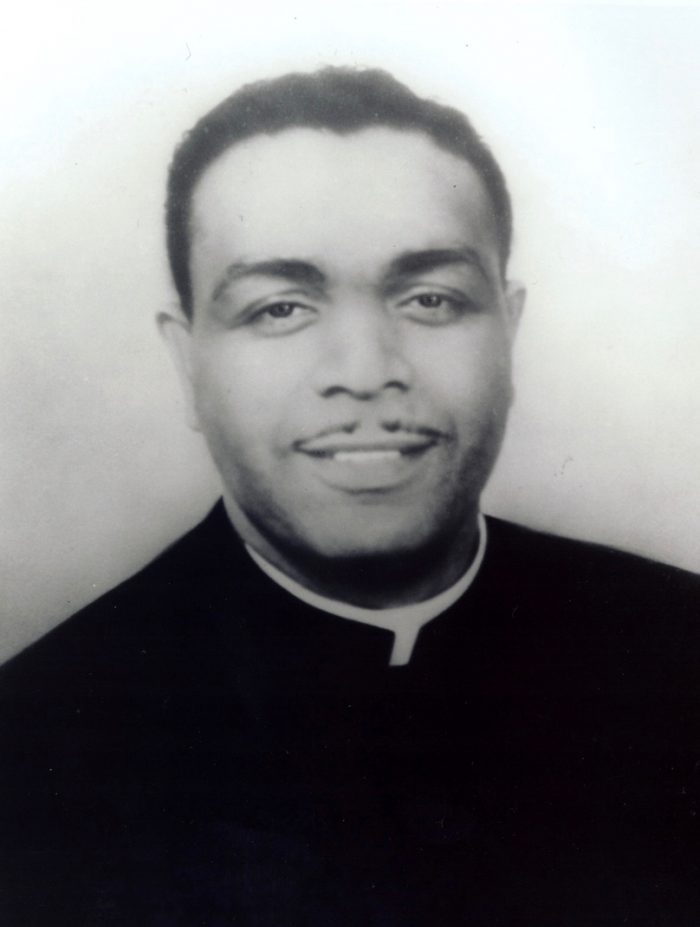 When the Rev. Oliver Brown joined with local parents and the Topeka NAACP to protest segregated schools in 1951, his name became permanently linked to the landmark 1954 U.S. Supreme Court decision that ended separate, but equal public education facilities in America.

The famous case, formally known as Oliver L. Brown et. al. vs. The Board of Education of Topeka, Kansas, et. al., resulted in the elimination of assigning children to schools solely based on race.  The court’s verdict allowed African Americans to attend nearby schools instead of traveling great distances to “colored” institutions.

In recognition of Brown’s place in U.S. history, Drury University in Springfield, Missouri will host “Celebrating the Legacy: Commemorating the 100th Birthday of Rev. Oliver Brown” on Aug. 19.  Brown’s association with Springfield stems from his tenure as pastor of the city’s Benton Avenue AME Church from 1959 until his death at age 42 in 1961.

“Oliver Brown is known nationwide as the namesake on the Brown v. Board of Education case and he was one of the plaintiffs in five different cases that was consolidated before the U.S. Supreme Court.  But he also had an impact at the local level, both in Topeka and also for the last few years of his life here in Springfield,” said Michael Brothers, Drury’s executive director of University Relations.

Dedicated to racial equality and justice, Brown was active in organizing demonstrations and marches in Springfield that produced change in the city. Also, Brown’s daughter, Linda, who passed away earlier this year, graduated from Springfield’s Central High School in 1961.

Drury’s ties to Brown are further connected by the university’s purchase of Benton Avenue AME edifice in four years ago.  The church ceased operation in 2013 following a sharp decline in membership. Drury plans to honor Brown through the re-use of the building as an academic and teaching space.

As part the birthday commemoration, Cheryl Brown Henderson, one of Brown’s daughters, will speak during the program held in the Central High School atrium.

“I think it’s an immense honor for the community to recognize the time that my father was a pastor at Benton Avenue AME Church.  This will give us an opportunity to recognize the courageous people who stood with the NAACP, including my father, to make this type of change for our nation,” noted Brown Henderson.

“I think right now, when everybody is talking about healing and all of the divisive rhetoric, the timing is perfect because it gives us a reason to have a conversation about the African American experience and this country in regards to race relations,” she said.

Brown Henderson added that the occasion is also an opportunity to inform the next generation about social activism. “Kids these days love to talk about being ‘woke.’  Back in the day, we used to talk about ‘waking up.’

“I think we are really connecting the dots, letting them (young people) know that if they don’t, on their watch, engage in the kind of activism that we engaged in, the chances are very good that we could slip back and civil rights gains could be undone.”