The Los Angeles Rams are not only making their way into the hearts of the Los Angeles community through their on-field success, the team is making sure to spread holiday cheer to families through their annual “Hams for Hunger” giveaway. On Tuesday December 19, players and cheerleaders from the Rams joined volunteers from the Inglewood Police Department, Albertsons/Vons/Pavilions and Hormel at a local Vons in Inglewood, CA, to pass out 14,000 hams for families in need.

“We’re blessed to go out on that stage and do what we do, but we were out here as little kids at one moment,” said Rams linebacker Cameron Lynch, who was born in Long Beach. “It’s nice to come out here and show that we’re human too. I put this jersey on just like anyone else put their shirt on this morning.”

Once families received a ham, they were able to partake in a day filled with activities. Families participated in giveaways and games, danced to the sounds of the DJ and children were offered free face paint.

“It’s nice, it’s very special because some people are having a hard time right now during the holidays, so this is really thoughtful,” said Ariel Sapp, a local Los Angeles resident whose grandmother put her name on the list after learning about the promotion from her church. 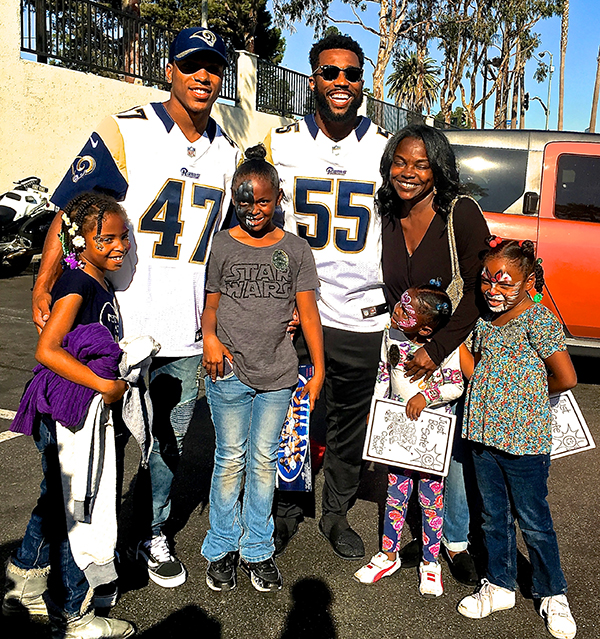 Los Angeles Rams linebacker Cameron Lynch and cornerback Kevin Peterson pose with a family after giving away a ham at the “Hams for Hunger” event hosted by the L.A. Rams Albertsons/Vons/Pavilions and Hormel in Inglewood, CA.

The hams were donated by Hormel, an American food company, that has been doing this ham giveaway for the last decade.

“I know it’s really hard, the day-to-day struggle living way beneath your means,” remarked Kevin Peterson, cornerback for the Rams. Peterson was promoted last month from the practice squad.

“A year ago I was working a 10-2 at Planet Fitness, so I know what it means to not have a lot, Peterson continued. “To be able to give back, being out here and being able to provide food for other families is fun.”

Families were chosen by the L.A. Regional Food Bank, who identified 14 non-profit organizations across the greater Los Angeles region who service families in need. The Rams have partnered with the food bank for several charitable initiatives. In any given month, the food bank provides more than 300,000 people with food services. According to Courtney Morra, director of marketing and communications for the L.A. Regional Food Bank, this time of year is the busiest. 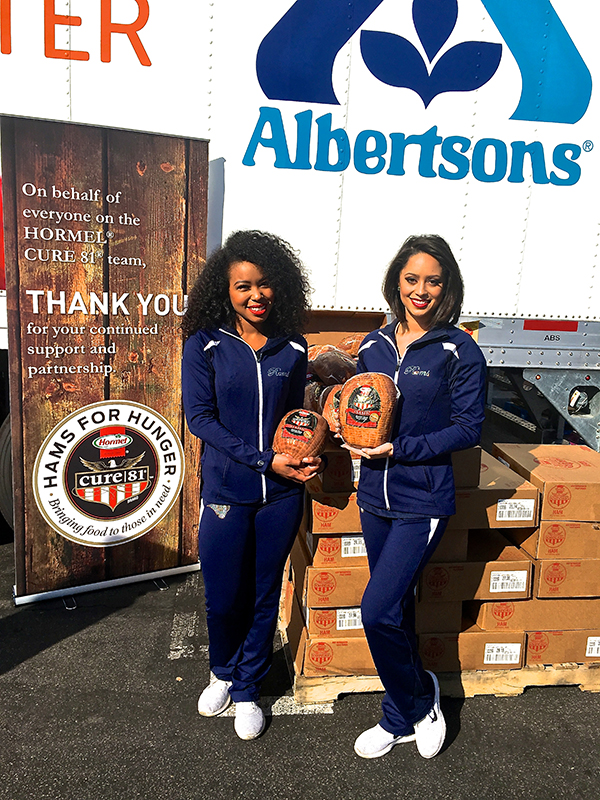 Rams cheerleaders pose at the “Hams for Hunger” event hosted by the L.A. Rams Albertsons/Vons/Pavilions and Hormel in Inglewood, CA. (Lauren A. Jones/ L.A. Sentinel)

The mere presence of the Rams players and cheerleaders at the “Hams for Hunger” giveaway, provided an unforgettable experience for many families in the City of Inglewood.

“Look at what the Rams are doing,” said Jonathan Betts, senior customer executive at Hormel. “They’re revitalizing and building a huge community here.” The Vons store where the giveaway was held has been remodeled since the announcement of the Rams moving to Inglewood.

The Rams have not limited their improvements to off the field. The team has gone from 4-12 record last season to clinching the NFC West division title this past weekend after a win against the Tennessee Titans. The L.A. football club also secured a playoff spot for the first time since 2004 with that win. Next, the Rams will host the San Francisco 49ers on New Years Eve, December 31, at the L.A. Coliseum, kickoff at 1:25p.m. 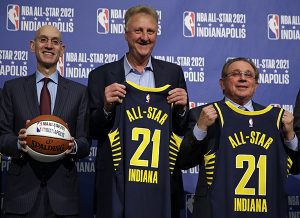 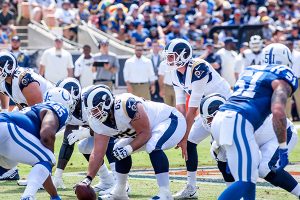 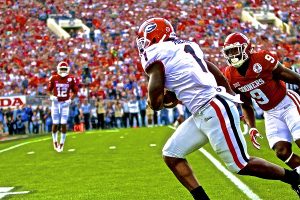