Since 2011, HBCU Buzz has been a news hub for prospective students, current students, and alumni who attended historically Black colleges and universities. In honor of Black History Month and the publication’s tenth anniversary, we caught up with the creator of HBCU Buzz, Luke Lawal, to discuss their plan to amplify Black voices in the New Year. 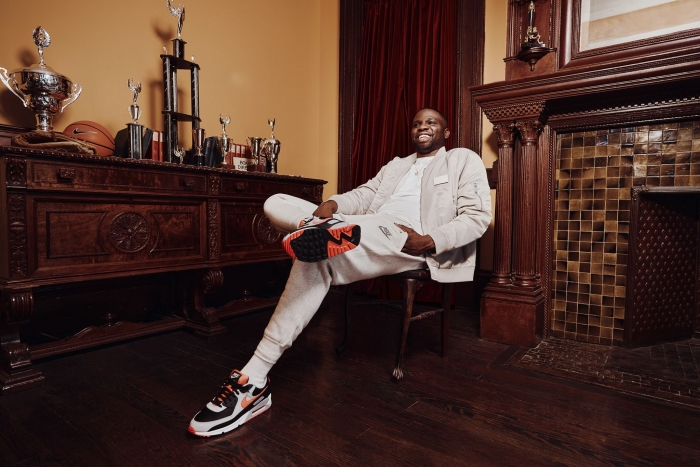 “We have also worked with brands like Nike and all these big companies creating opportunities and highlighting and showcasing things that are going on at HBCU’s with the hopes of continuing that same message but just on a bigger scale,” Lawal.

How it all began

Lawal had the idea to create HBCU Buzz while attending Bowie State University and pledging for the Omega Psi Phi Fraternity Inc.

“It’s so hard to describe what it’s like to attend an HBCU and put it in a box. What I can say is imagine you left home to find a new home,” said Lawal.

Despite his newfound pride in attending an HBCU, Lawal felt something was missing; HBCU news coverage. 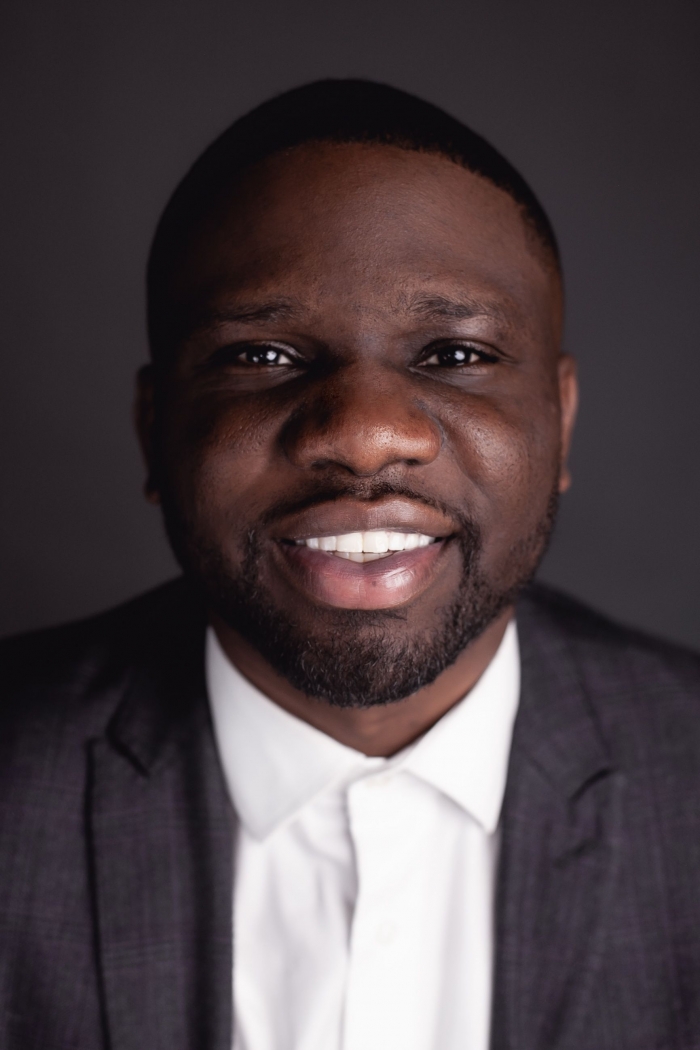 Lawal recalls the first time he saw local news stations on his campus.

“They publicized a story about someone who passed away on our campus. I realized that’s the only time I had seen [news stations] on our campus,” he said.

“That story broke nationwide, and I thought, ‘wow, who is telling the good side of things that are happening on our campus? Who is telling our stories from our perspective?’”

After witnessing a gap in HBCU news coverage, Lawal decided that he would take on that responsibility.

With zero news experience, Lawal hit the ground running. He found students who were interested in writing to join the HBCU Buzz team.

What started as a media outlet created to generate awareness of HBCU collegiate culture turned into an influential brand whose primary goal is to rewrite the script on Black colleges and universities that White mainstream media has projected to the public.

From campus news to information on alumni, sports, and entertainment, HBCU Buzz has coverage of all of America’s one hundred and five historically Black colleges and universities. 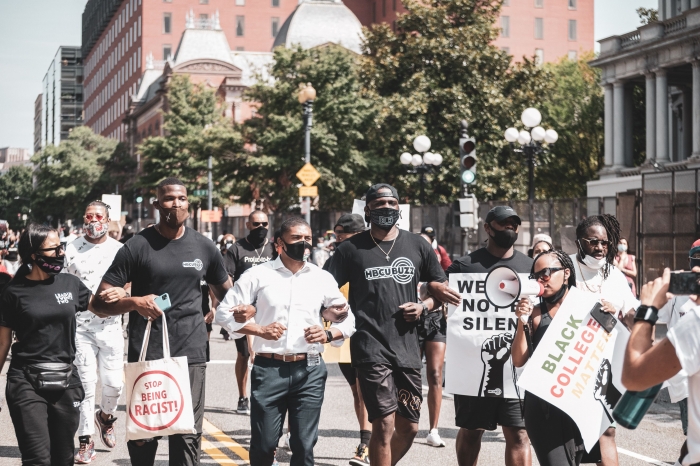 HBCU Buzz works with different companies to create new initiatives like the HBCU march that the brand put on last year in Washington D.C. (courtesy photo)

“The Buzz promotes pride and unity within all HBCU communities to enhance the Black college experience and improve the perception of America’s historically Black colleges and universities,” said the brand.

In addition, HBCU Buzz provides trends and produces breaking news coverage on all Black colleges and universities by referencing schools, organizations, and other news outlets.

Today, HBCU Buzz is the leading source for HBCUs. The brand is also an aggregator for fortune 500 companies that are figuring out how to partner and network in the HBCU space.

“We work with different companies to create new initiatives like our HBCU march that we put on last year in Washington D.C.,” said Lawal.

“We have also worked with brands like Nike, Proctor & Gamble, Amazon, Warner Brothers, and all these big companies creating opportunities and highlighting and showcasing things that are going on at HBCU’s with the hopes of continuing that same message but just on a bigger scale.” 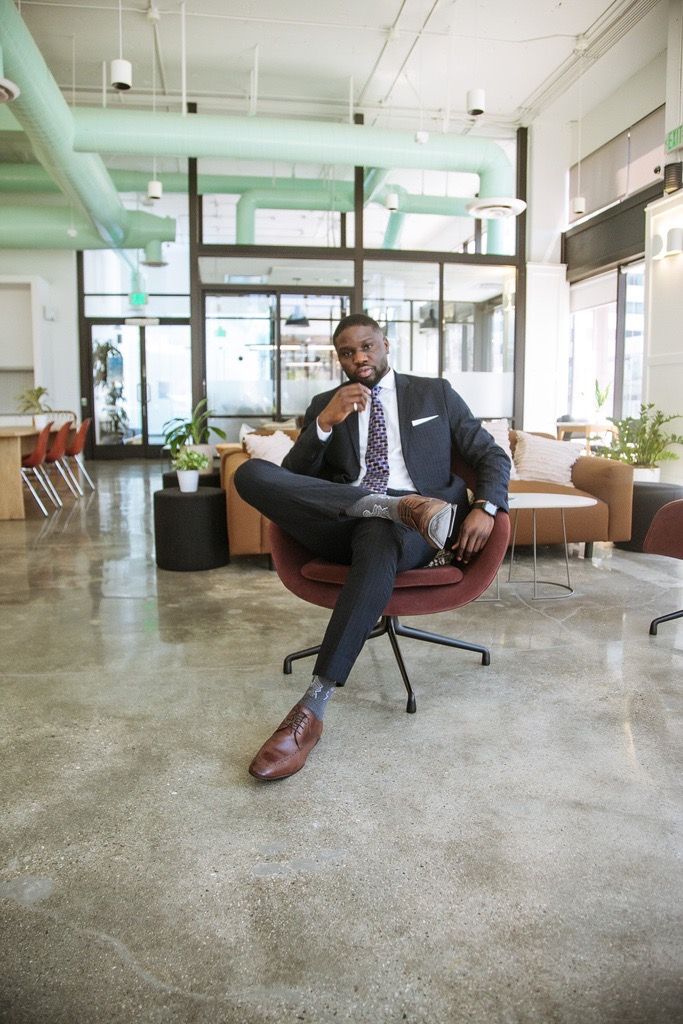 HBCU Buzz is more than a publication; the company also focuses on raising awareness and shedding light on Blacks issues like politics. Recently, the brand partnered with the Biden/Harris campaign to encourage students to vote.

“Our direct campaign was to create awareness on some of the issues surrounding the election, to dispel information, and to re-energize our community,” said Lawal.

What’s next for the Buzz?

With the brand’s tenth anniversary approaching in March, we asked Lawal to reflect on how HBCU Buzz has grown.

“In the past decade, we have taken the editorial of our brand to become more of an aggregator, a consultant. We have worked with a lot of companies like Goldman Sachs to help them fill career opportunities. Also, we have brought more opportunities to the HBCU space than most brands or any HBCU brand.”

Lawal says that his proudest moments are the testimonials he receives from people who have worked with the brand that have landed career changing jobs at other news organizations.

In the next ten years, HBCU Buzz plans to tell as many stories as possible and continue improving the perception of historically Black colleges and universities.

All in all, the future of HBCU Buzz is bright! The brand plans to launch the #HBCUStrong campaign in March that will celebrate ten years of progression and spotlight HBCU students and graduates who are entrepreneurs.

As far as professional goals are concerned, Lawal has his eyes set on creating more brands that solve problems that affect the Black community.

“I think we must continue to solve problems and create brands that are leaving lasting experiences in our community.

Aside from launching HBCU Buzz, Lawal is the CEO and founder of L & Company, a minority-based corporation in Los Angeles, CA, and Taper, an app designed to change how hairstylists and barbers engage with consumers. He is also the founder of Root Care Health, which spotlights the importance of Black mental health.

Also, Lawal is the co-founder of Suited Lifestyle, a unique space for men of color that provides young professionals with peer-to-peer engagement and social and cultural events. 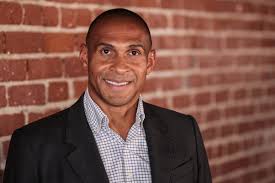 Bridging the Digital Divide Is More Important Than Ever During the COVID Pa...