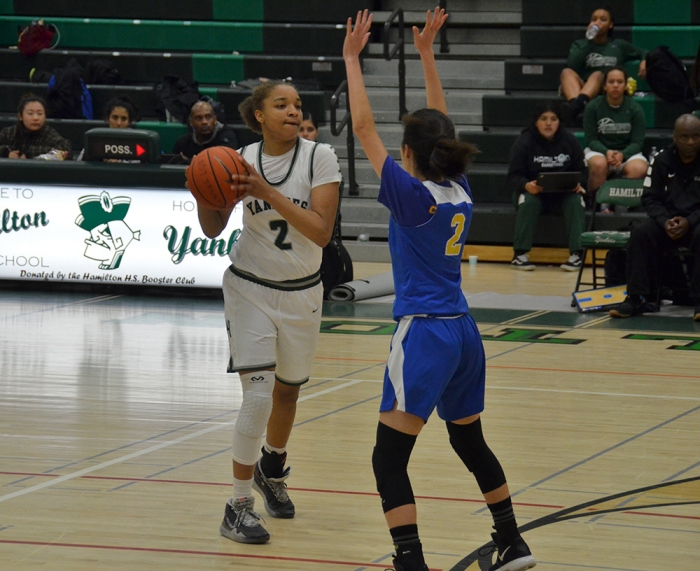 After their trip to the state playoffs last year, the Hamilton Yankees girls basketball team have been winning often and by large margins.

Their winning margins span to as much as 56 points and head into the postseason with a 19-6 overall record. They come in second in the Western League and earned a number three seed in the City Section playoffs.

Their first opponent in the Open Division playoffs is the Crenshaw Cougars, the Yankees will host the matchup on February 13 at 7:00pm.

The last time the Yankees and the Cougars clashed was in 2018 during the City Section Division II championship game. Hamilton outran Crenshaw to win the title match 68-59. The past matchup and the one to come has several sticking parallels.

The Cougars were undefeated coming into their title matchup in 2018; this season they dominated the Coliseum League with a 10-0 record and only suffered six losses.

In both seasons, the Yankees were challenged by the Western League and had a 4-8 record in their championship season. This year, Hamilton also has six losses and has a contending 9-3 record in a league with the top open seed Palisades and top Division I seed Westchester.

Since their City Section championship win, the Yankees were boosted into open division playoffs last season. Despite a first-round loss to Narbonne, the Yankees won the consolation final against Legacy Tigers. They went on to make a run in the Division II state playoffs, reaching the regional semifinals.

“It opened our eyes up with knowing there’s teams that are out there that are better than us,” said senior Vanessa Cruz about their state playoffs campaign. “We just have to reach their level and work on playing better as a team.” 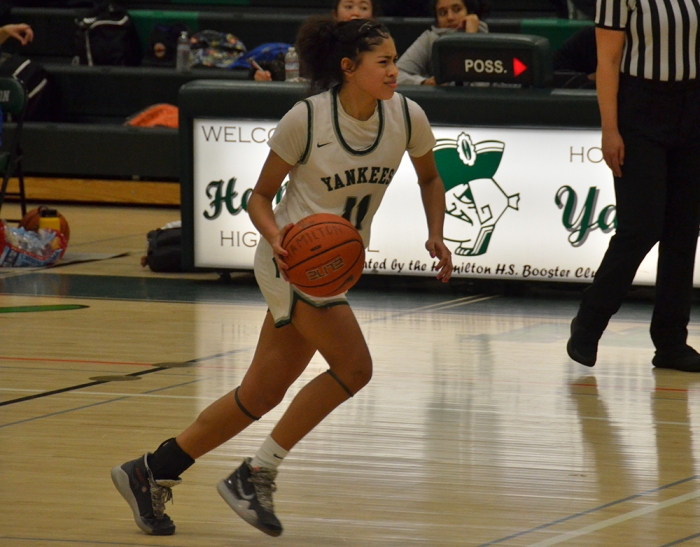 “It’s something that is real easy for me,” Rankin said. “I can go in, jump high, get the ball because I’m super athletic.”

Multiple Crenshaw players make steals and assists in every game. They’re a team that can push the tempo and can make points in the paint. Hamilton can also push the pace of the game but must keep their spirits high in order to execute a win.

“Keeping the energy up is very important,” Cruz said. “It all starts at practice, we have to play with intensity, practice is more important than playing.”

The Yankees have several highlight moments this season. They defeated the Heritage Christian Warriors 74-45 during the MLK Jr Basketball Extravaganza, Rankin and Blevins made the All-Tournament Team for the New Years Ball tournament and they also volunteered for the Baron Davis’ third annual Black Santa Celebrity Basketball game. Davis donated $2,000 to the athletic department at Hamilton.

“It felt pretty good because we don’t really get a lot of stuff as girls,” Rankin said. “It was a pretty big deal for us.” 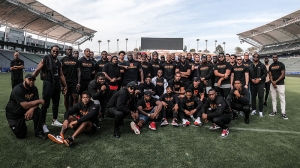 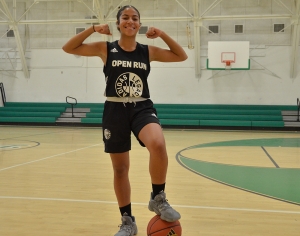 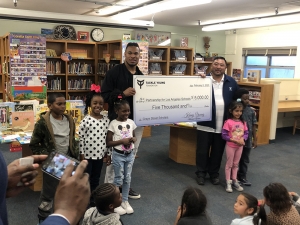 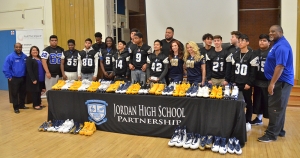 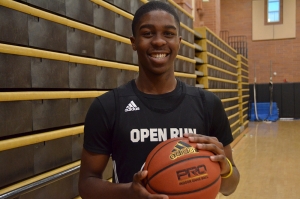