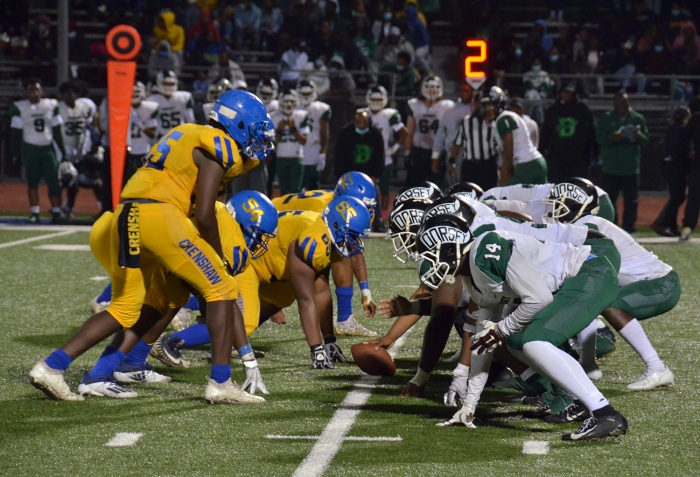 Despite the obstacles both teams faced in the beginning of the season, Crenshaw and Dorsey rose to become the top two teams in the Coliseum League. At their rivalry showdown, the Dons found their stride to defeat the Cougars 27-6.

This is a statement game for head coach Stafon Johnson, who has now battled against Crenshaw head coach Robert Garrett as a student athlete, assistant coach, and head coach for Dorsey.

The Cougars made two fumbles that led to Dorsey touchdowns in the first half. The Dons also had fumbles, managed to recover the ball. Both teams endured at least 30 penalties throughout the matchup. 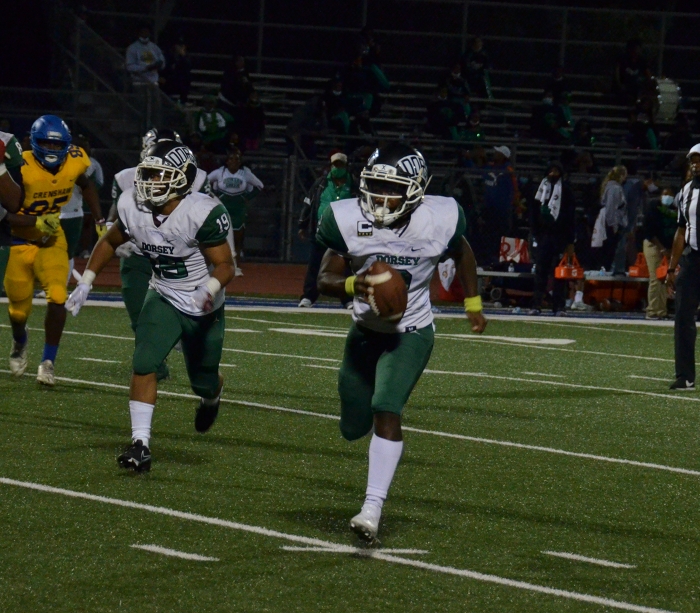 “It was getting to us,” said Dorsey senior Timmanie Hazel. “But we just have to keep our head in the game and just play through it.”

Senior Harrison Allen completed a 43-yard passing play before rushing the ball to put the Dons on the scoreboard first.

Crenshaw scored their only touchdown in the second quarter when sophomore quarterback Donce Lewis targeted senior Zion Bennett from seven yards out. Bennett, who also plays at the quarterback position, has been a mentor to Lewis.

“He got to step up and get the job done because I had to spread out to go to receiver,” Bennett said. “He had a really great season. I’m really proud of him.”

By halftime, the Dons were up 14-6. Dorsey highlighted their strong rushing game through the game. 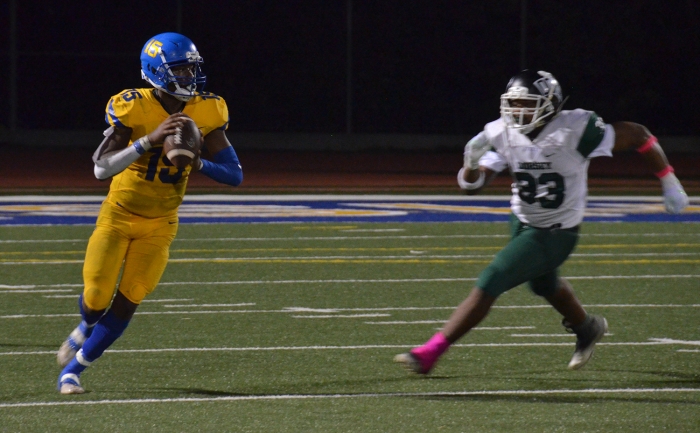 The matchup was well attended as Crenshaw and Dorsey alumni filled the bleachers on both sides of the field. This is a fitting conclusion to a season where both teams had to cancel their season-opening games.

Due to a shortage of school district nurses, an insufficient number of Dons football players were medically cleared to compete in time for their first game. Crenshaw only had 14 players on the football team at the time.

“We started out rough, we didn’t really have that many players coming out so we had to cancel games,” Bennett said. “But we really pulled through, we had a great season.”

Dorsey will host Chatsworth high school and Crenshaw will host South East High School in the first round of the playoffs. Both games will take place on November 5 at 4:00P.M. 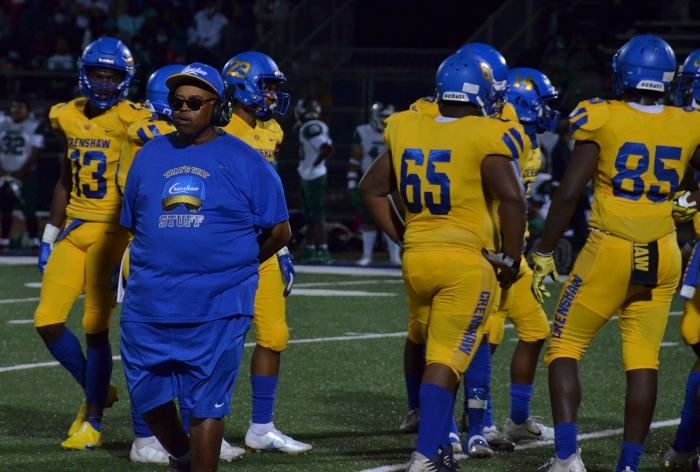 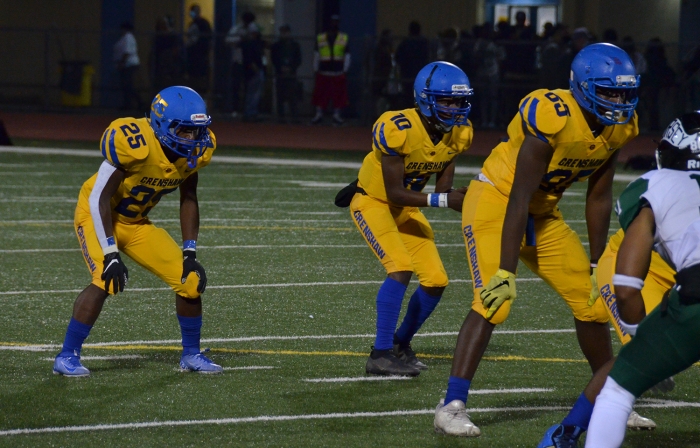 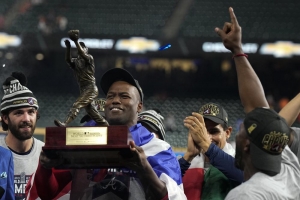 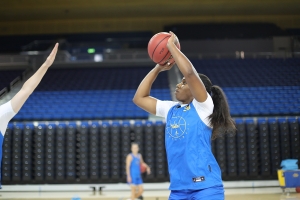 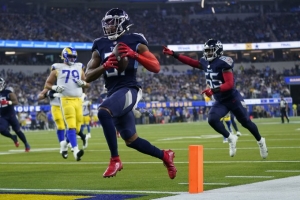