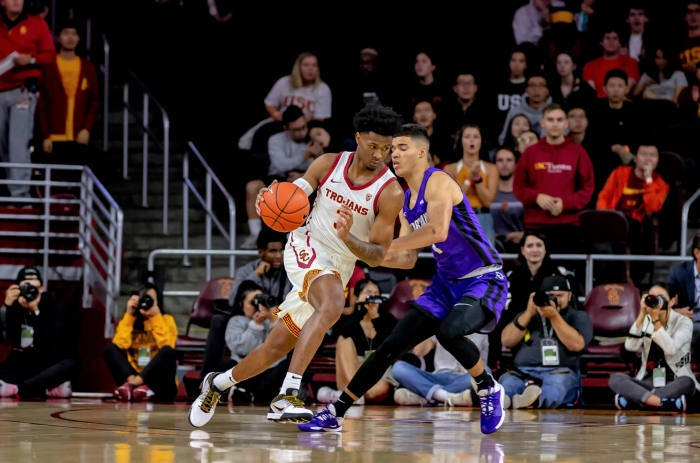 Coming off a sensational double-double and USC record tying 8 blocks in his freshman debut, Onyeka Okongwu struggled to find his rhythm in the first half due to foul trouble in a 76-65 victory over the University of Portland at the Galen Center.

That would be the only Okongwu highlight of the first half as the 6’9 forward drew his second personal foul at the 10-minute mark of the first half, forcing Head Coach Andy Enfield to preserve his star forward for the second half. 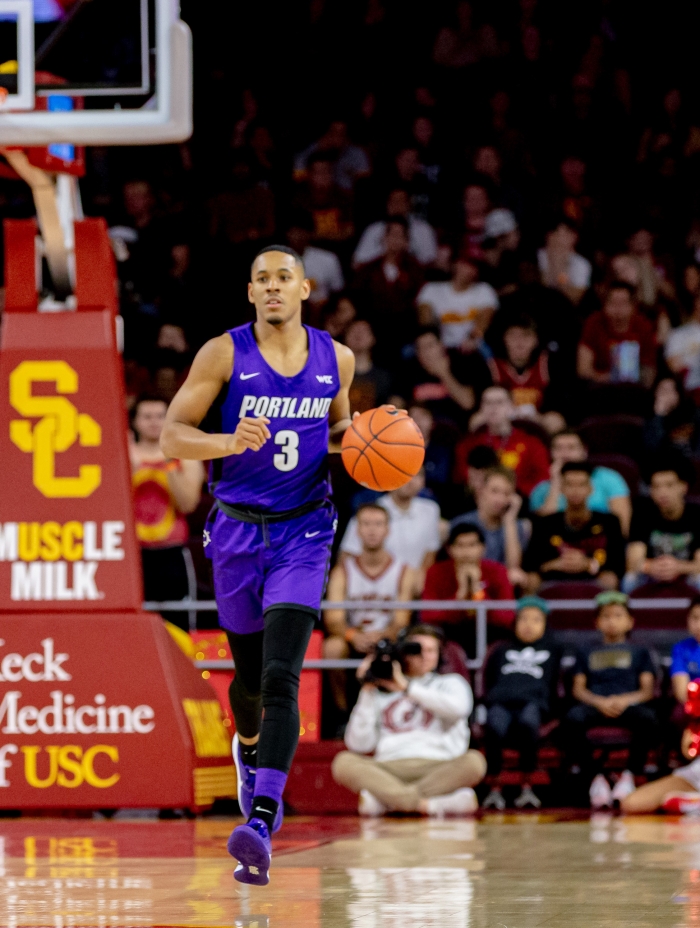 When asked about the long first half bench stint for Big O, Enfield mentioned “[Okongwu] had two fouls, and we didn’t want him to pick his third up.”

Portland’s graduate transfer Isaiah White shouldered most of the offensive load early with eight of the pilots 13 points, with just over 13 minutes left in the first half. White finished with a game-high 22 points, but White’s point total proved not enough for the Pilots to escape Southern California with the win.

With Okongwu on the bench, Senior Quinton Adlesh came in the game providing the Trojans with a crucial offensive spark nailing three deep three-pointers for 9 points within a two minute span.

“[Quinton] is a really good player. He’s an excellent position defender, he’s a shooter, and tonight he got hot in the first half made three straight but I was most impressed with his defense, he really helped us when we made that run in the second half,” stressed Enfield.

Though the Trojans survived without Okongwu, the Pilots were still draining shots at will shooting 51% from the field and seven three-pointers at the end of the first half.

Sloppy play and turnovers caused the Trojans 12 point first-half lead to quickly dwindle by an offensive surge by the pilots cutting it a one point game,  33-32 with 2:32 left in the half. 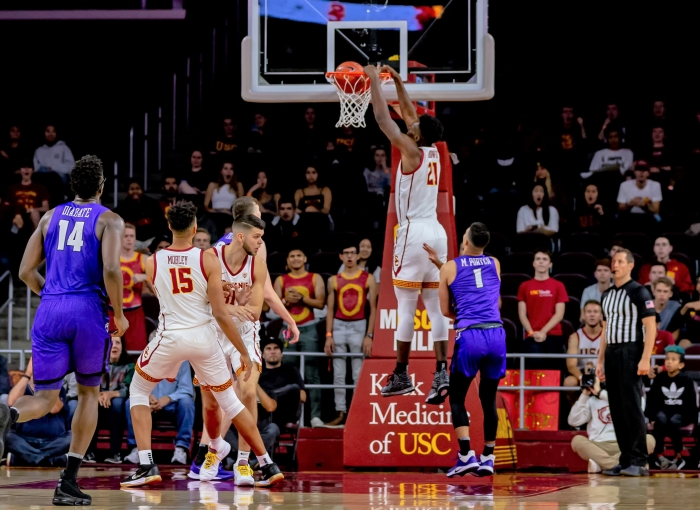 “We can’t turn the ball over 20 times. We were in a game, if we cut that down to 10 we probably win a little more comfortably. But give Portland credit, they were aggressive defensively, they got deflections, their guards were quick, they had a lot of steals, they got their hands on balls,” said Enfield.

It looked as if the first half would repeat itself when Big O picked up his third foul sending him to the bench where he sat for most of the first half.  The tides quickly changed with 12:26 Okongwu gots his first points of the 2nd half. Once the dominant Freshman settled in, the Trojans gained an 11 point lead with 6:32 left in the half, getting back to their solid fundamental play.

An Ethan Anderson drive, spin, and dish to Okongwu for the Freshman’s 20th points of the game sealed the victory for the Trojans. Okongwu tallied 14 points in the second half and all were needed for the Trojans who were given a run for their money by the Portland Pilots.

The Trojans next test will come Tuesday, November 12th, when USC (2-0) will host the South Dakota State Jackrabbits (2-0) at the Galen Center. 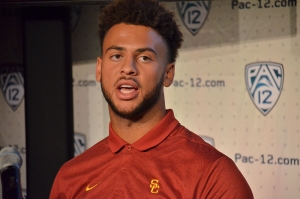