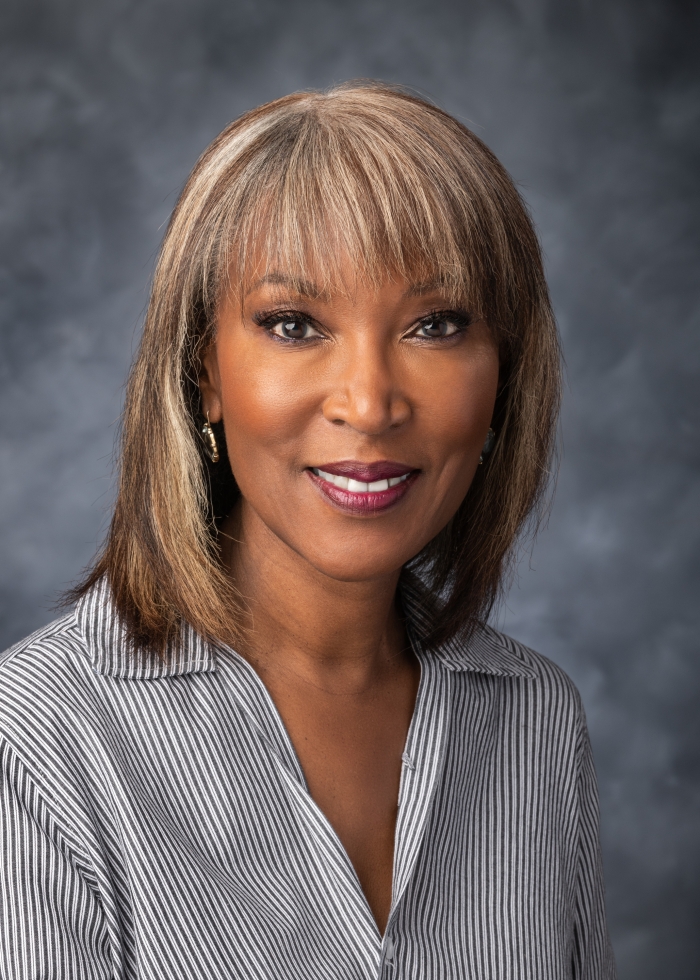 McClain-Hill looks to weave a level of accountability for racial equity into the fabric of LADWP.

Los Angeles City Mayor Eric Garcetti appointed McClain-Hill for the role and she was elected president on July 28, 2020. According to the LADWP press release, the mayor stated, “from the Police Commission to the DWP, Cynthia McClain-Hill has been unafraid to tackle our toughest challenges, giving her time, energy, resolve, and experience to the cause of a fairer, safer, more equitable Los Angeles.”

He continued, “as we endure and emerge from the COVID-19 crisis, I have no doubt that Cynthia will continue the bold and thoughtful leadership of Mel Levine as LADWP board president, and help us push forward on the path to healthier communities and a more sustainable city.”

McClain-Hill comes from a working-class background; she explained the gratitude she had for her parents transcended into a passion to do her very best in all the opportunities they provided for her.

“Every opportunity that I have, that you have, that anybody who looks like us has, was bought for us by people who did things that were much harder than anything that we are being asked to do.” She emphasized the legacy should prompt the idea of limitless possibilities.

McClain-Hill was born in L.A., and as a first-generation college graduate, she studied extremely hard and had the goal to be a lawyer. The only way McClain-Hill felt that she could honor her parents in her measurement of emotion was to apply herself and give it her all.

Being planted in hard work, McClain-Hill climbed to the top percentile of practicing lawyers in California; she began to take on projects that were community-based. She stayed involved as the City of Los Angeles Police Commissioner (2016). She has served on the City’s Community Redevelopment Agency, the California Fair Political Practices Commission (FPPC), the California Coastal Commission, the CalEPA Environmental Justice Advisory Working Group, and the Los Angeles City Small and Local Business Advisory Commission. Building from her experience, McClain-Hill became a trusted advisor for the former California State Governor, Gray Davis. 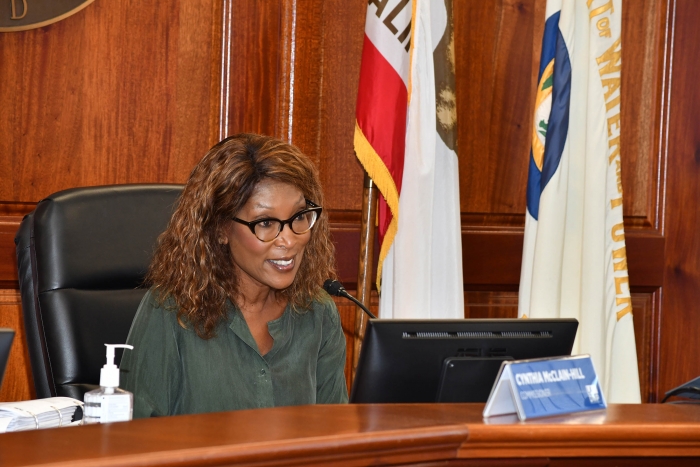 Being familiar to leading roles, she served as president of the Los Angeles Chapter of the National Association of Women Business Owners (NAWBO-LA) and as the organization’s national president (2009). McClain-Hill has also been a part of the founding board to the present Luskin UCLA School of Public Affairs and served as vice-chair of its Advisory Board. She has received the “Thurgood Marshall Award” from Minorities in Business Magazine, Woman in Business Advocate Award from the U.S. Small Business Administration, and the Chapter Public Policy Advocate of the Year Award (2005.)

The Los Angeles Department of Water and Power is known as the largest public utility in the United States, serving over four million people. McClain-Hill will oversee matters that affect the employment of 10,000 staff members and manage the mitochondria that controls water and power in Los Angeles. She explained that LADWP is “essential” to meeting the city’s metrics of sustainability. McClain-Hill emphasized that the LADWP is the molding of the economic regeneration of the City.

She explained areas of focus will be in employment opportunities and how to incorporate more responsibility in the battle for racial equity. McClain shared,” the work that we are doing in climate change will also lead to a whole new push in the area of employment.” She continued, “for me, that’s where my interests in both environmental justice but also in racial equity meet.” McClain addressed the current social climate, she mentioned that the current racial awareness brings the focus back to COVID-19 and how it disproportionately impacts Black Americans. She described the weight of COVID-19 on top of police brutality as a “sense of hopelessness.”

The new president of LADWP reflected on the new consciousness that surrounds racial equity. She is looking to weave a level of accountability into the fabrics of the LADWP. McClain-Hill reflected on the original sense of hopelessness that has been wafting through Black communities due to the effects of COVID-19; what liberated her from that feeling is seeing the present engagement from the youth, demanding equality across the board. 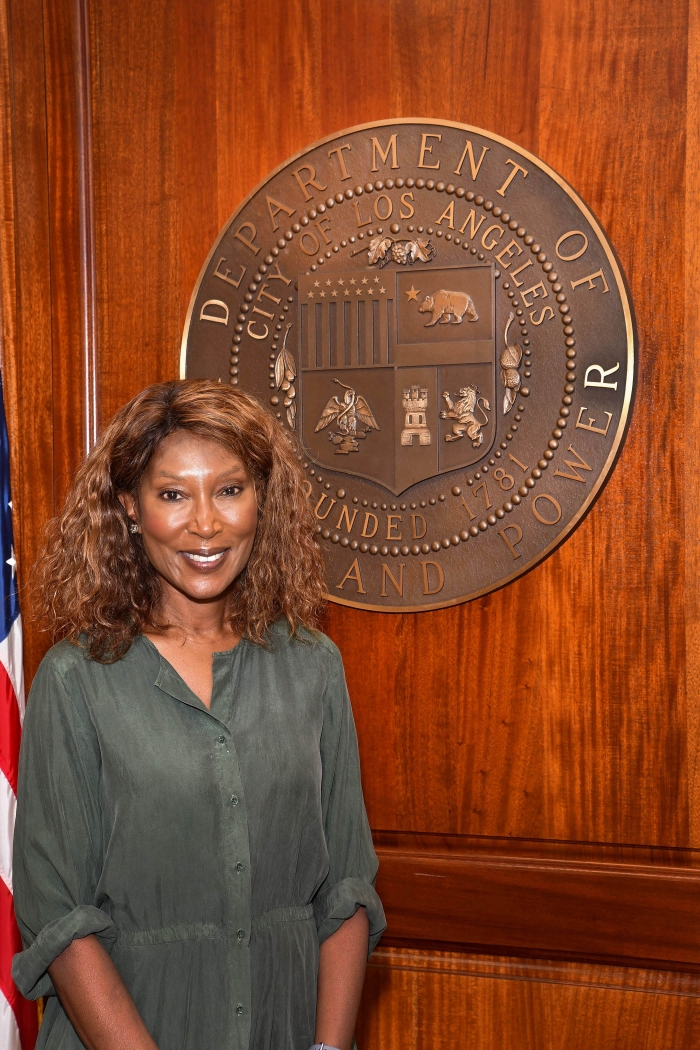 She said, “that sense of hopelessness began to dissipate as I recognized, really watching all of those young people hit the street with the resolve, the commitment, and the fury of their demands that it was time to get up and get focused, and think about where and how I could lean in where I sit to contribute … making substantive progress for African Americans and others around issues of racial equity. ” Community equates to a sense of family and that is part of McClain-Hill’s core.

Embracing the new lens of social awareness, McClain-Hill is strategizing how to broaden the DWP’s social responsibility while also meeting the city’s sustainability goals. She broke down how LADWP can expedite plans that can develop the community. McClain-Hill said, “the DWP is beginning to embrace its role as an economic engine and as a catalyst for community empowerment.”

McClain-Hill emphasized her plans for the LADWP to operate as an economic engine, thrusting the city towards recovery. She has equated her secret to her success to hard work and belief. “The thing that mattered most to me is believing in me; you must first believe in the power of yourself and your own capacity to make change.”

She continued, “any individual who’s willing to apply themselves to commit to something that matters to them and then to work toward finding ways to impact that thing.”  The strategy has been tied to McClain-Hill’s core to build a solid foundation with the community; for the spirit of change to flow freely and be available for everyone.