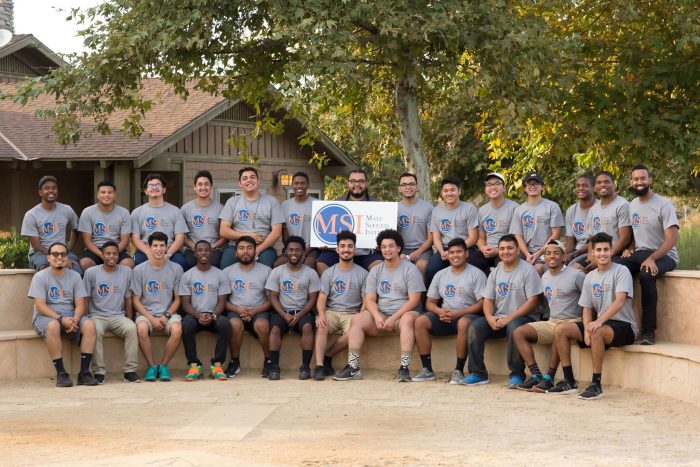 Prior to becoming a fully functioning department, MSI was a three-year pilot program called the African American Male Leadership Institute (AAMLI) which catered to Black males on campus. In 2014, one year after the program was launched, AAMLI opened its doors to all men of color and renamed itself MSI. During this time, students in the program expressed their needs for financial support, mentorship, and other curriculum to help them meet their professional goals and succeed on campus.

With the help of AAMLI faculty and staff, administrators, and the CSUF’s Black Student Union, the university made the transition from a three-year pilot program to a department and hired Dr. Vincent T. Harris to carry out its mission. 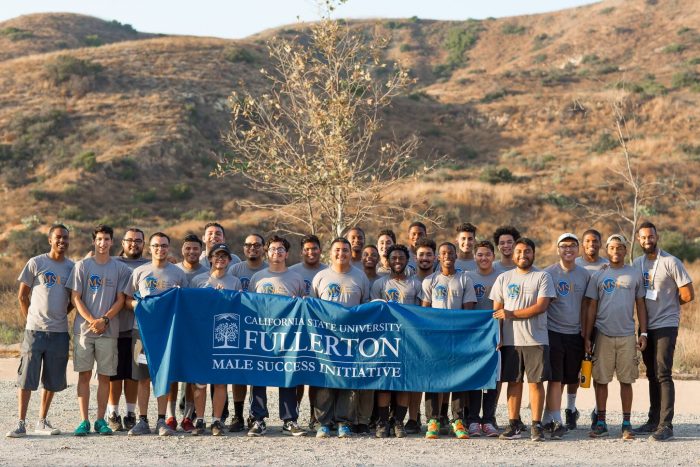 “Launching a program like Male Success Initiative-Fullerton required our university to develop specific, measurable, achievable, relevant and time-bound goals that could give us a solid foundation to build upon year-after-year,” said CSUF vice president of student affairs, Dr. Berenecea Johnson Eanes.

“We worked closely with our student leaders throughout the inception and development, and as we slowly progressed, we felt we reached a point where we could hire a great leader like Dr. Harris. I’m grateful for his steady and committed leadership, because without him, our MSI program and center would look much different.”

Together, they have been “unapologetically supporting men of color” and fulfilling the department’s  mission of providing tailored programming and services, fostering academic success and increasing graduation and retention rates by creating a safe place for African American, Hispanic/Latino, Asian-American/Pacific Islander, American Indian men and men of trans experience.

The department accomplishes this through its four pillars of potential: academic coaching/ tailored mentoring, L.E.E.D. (leadership, engagement, enrichment, and development), career trajectory, and gender and masculinity.

“If their identity is different than the other brother, than that’s fine. [The question is] what’s the fullness of their potential? That starts with us identifying and digging really deep down into who these brothers are and really peeling off some of the layers that they have and that starts with these four pillars.” 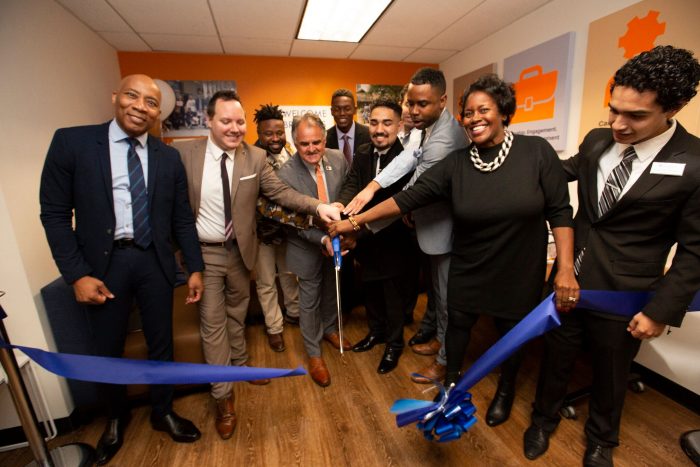 Recently, the MSI department held a grand opening to celebrate the completion of its new center which houses seven office spaces, a multi-purpose student study space equipped with classroom presentation smart technology for hosting workshops and video conferences, a computer lab, and a group study room with free printing for students. The center is also where the Brother 2 Brother Mentoring Program is held.

This is one of the many resources provided by the department. Other resources include but are not limited to mandatory academic coaching sessions, a mental health counselor, and a small budget for required school supplies (not including technology and books).

Additionally, MSI-Fullerton offers 15 scholarships for incoming freshmen attending the university. CSUF is the first CSU to offer renewable cohort-based scholarship funding for any first time freshmen and in coming students who self-identity as a man or man of color.

Moving forward, MSI is looking into growing the program and addressing the topics of finance, homeownership, entrepreneurship, and creating a faculty-staff component for academic coaching which will involve assigning faculty and staff to a cohort of MSI students.

It’s more than a Department it’s a Brotherhood

However, MSI’s mission is much deeper than helping men of color in the academic setting. The department encompasses every aspect of manhood including mental health and physical health, professionalism, relationships with their loved ones, and everything else in between. This is one of the reasons why MSI stresses the importance of creating brotherhood among its scholars which is based on its fourth pillar, gender and masculinity. 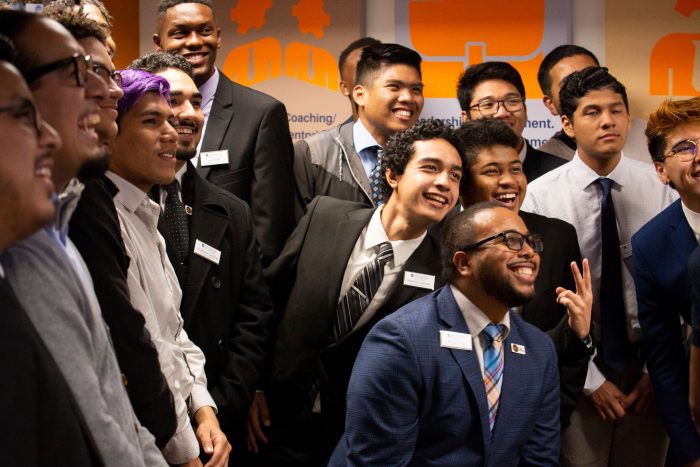 Since the creation of the MSI department, the university has seen an improvement in its graduation and retention rates among Latino and African American men.

“We are proud to say the collective year two GPA for the first and second cohort of MSI-Fullerton Success Scholars is a 3.13 GPA.  This is why this space is so significant, because the success of men of color matter. They should be nurtured and celebrated,” said Harris.

“That’s a big deal when you think about the fact that there is so much communication out about what men of color aren’t doing and we are showing that with the right expectations they can do it!”

“So out of a cohort of 30, that’s a great percentage! I’m convinced that we have the next innovator in the STEM industry with 29 percent of MSI Scholars majoring in engineering and computer science, not to be beat by our future teacher and principals representing 23 percent of MSI Scholars majoring in humanities and social sciences, and rounding out the disciplines with both natural sciences and mathematics, and business and economics with each representing 14 percent of the MSI scholars’ majors.”