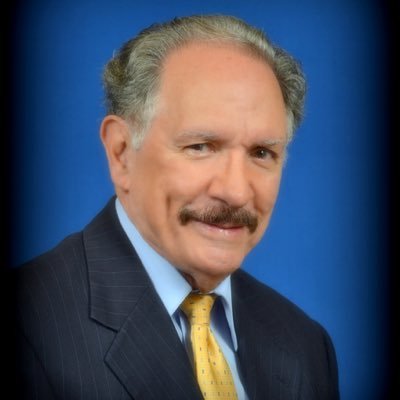 In light of recent acts of weapons related violence at school campuses in several locations across the nation and now in an LAUSD middle school, it is essential that we continue the discussion of school safety and the available methods and policies that we utilize to protect students and staff.

The most important consideration for any school is the safety of students, and parents have consistently identified this as their top priority in school selection.  Since 1993, the District has employed a policy of daily random metal detector searches of students at all middle and high schools using a hand held “wand” by trained school staff.  This practice began following a shooting death in a high school classroom, and was designed to prevent further carrying of weapons by students on campus.

As a current School Board Member, I consider this a personal and professional challenge as we face the opposition of some groups that seek to persuade the Board to discontinue the “wanding” practices at all schools.

In 1992 while a Superintendent in Inglewood Unified School District and following my tenure as Washington Preparatory High School principal, I authored an article published in the LA Times titled “Heartware not Hardware” in which I opposed the need for increased armed police on campuses, fences, metal detectors, and other practices that would replace a dedicated and sensitive school staff employing a non-violence curriculum, student peer counseling, daily parent presence on campus, regular parent contacts, and an atmosphere of love and caring.  I truly believed this was possible and sufficient as I had employed these practices at a school where the “Crips” gang was born in 1969 and infested the community.  Our methods resulted in an increase in enrollment from 1,600 to 2,800 over a ten year period ending in 1988 with a waiting list to enroll, and generated a celebratory television movie.

However, the world has changed over the past 30 years.  I now believe that a dedicated staff is insufficient, and the use of available technology including “wanding” should be utilized.  Our children have access to guns as never before, and those adults who organize students to “demand” the discontinuance of a preventative policy, would need a permit to purchase a gun, however children don’t seek permission or legal means to get a gun.  This is an American tragedy as we expose our children to violence as an entertainment medium on a daily basis and refuse to limit access to guns despite continued incidents.  The random and universal nature of the searches, is the most effective deterrent, and the measure of its success is not the number of weapons we have discovered, but the reduction of their presence on campuses.  Random searches cannot prevent all weapons, but it does inhibit the easy intrusion.  Even with wanding, we discover numerous weapons, specifically, from July 1, 2014 to June 30, 2017, 70 handguns, 16 rifles/shotguns, and 1,196 knives were confiscated.

Schools should be the safest places in our community; as we serve the most precious and vulnerable citizens in our society, our children.

Quite simply, the Los Angeles Unified School District’s response to children being able to access guns and ammunition is to create a deterrent.  We want to tell every child, and every parent and guardian, that the children in our community are safe once they enter school grounds.  A survey of our parents indicated that 78% believe random searches should be conducted at their child’s school and 9% disagreed.

It is misguided to contemplate the removal of a process that is designed to protect our students and staff, including the efforts to remove all school police officers from schools or create a “pilot program” at some schools that discontinue wanding for a period of time.  This is a separatist and elitist notion, that would prove nothing even if no incidents occurred.

These are reactionary responses that understandably seek a less “restrictive” environment for children, but the reality is that our officers are necessary to protect us from internal and external intrusions of acts of violence.  Since we are screened when entering airports and government buildings, shouldn’t our schools be kept equally safe?

The current policy must include all schools and be enforced daily, otherwise it becomes discriminatory even though it may not be perceived necessary in some communities.  No neighborhoods should be considered exempt from the possibility of violence in their local schools.  Violence in America has no boundaries based on wealth, race, age, gender, geography, education or culture.

It is important to note that wanding is not the only practice or resource that is employed to create and sustain a safe and healthy school environment.  Schools have mental health and psychological services, restorative justice facilitators, psychiatric social workers, pupil services and attendance counselors, and crisis intervention personnel available to meet daily student needs.

As a longtime activist and advocate for change and emancipation of oppressed communities since my early days of being subjected to legal segregation in the south, I can relate to the enthusiasm of the current movement to ensure that students’ civil rights are not violated and instructional time is not eroded.  It is my personal commitment to maintain student safety and to prevent violence in all schools.

The world has changed, locally, nationally and internationally, requiring that we protect our children by all necessary, available and humane means.  We welcome our students, parents and community to help us in this endeavor.

Dr. George J. McKenna III, is a veteran educator, administrator, superintendent and a member of the Los Angeles Unified School District Board of Education. 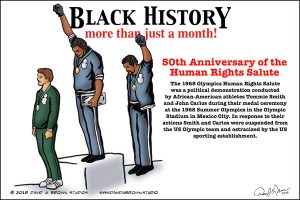