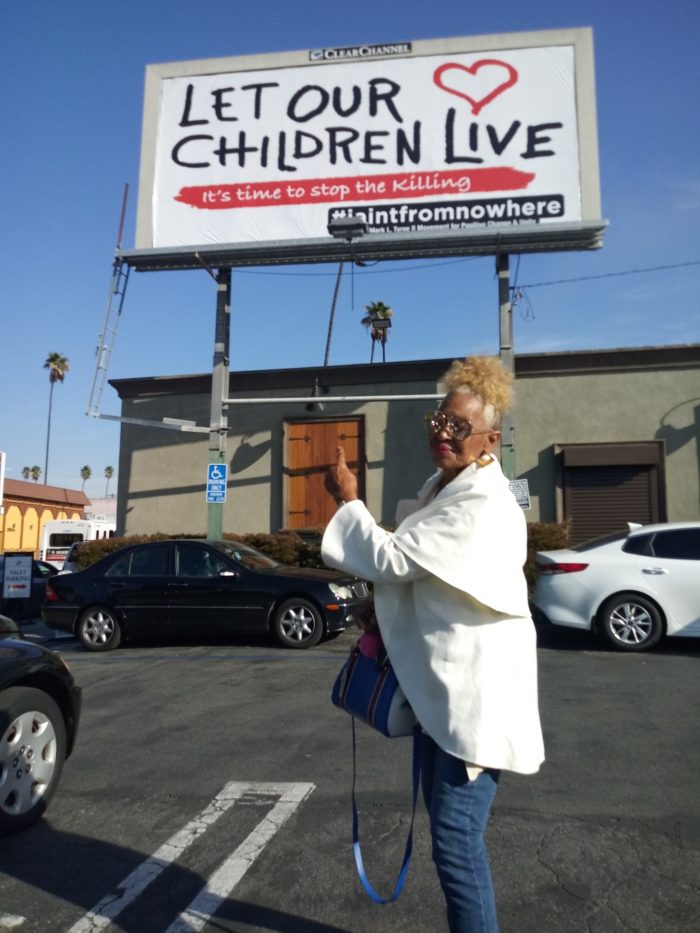 A sample of one of the anti-gang violence billboards Wilma Galathe and Clear Channel Outdoor designed hanging in South L.A. (courtesy photo)

The city and county of Los Angeles is widely known as the “gang capital of the nation” with more than 450 active gangs, as reported by the Los Angeles Police Department. Although crime in Los Angeles has begun to decrease, gang membership and violence has increased affecting communities of color and often times killing innocent children, men, and women. Given these statistics local men and women who have lost loved ones at the hand of gang violence, are fighting back to gain control over their neighborhoods through organizations like Mothers in Charge, Justice For Murdered Children, Cease Fire, and the Mark. L. Tyree II Movement for Positive Change and Unity.

Meet Wilma Galathe, an African American woman who loss her son-in-law, Mark L. Tyree Sr. to gun violence and two months prior her 15-year-old grandson, Mark L. Tyree II. After suffering from her most recent tragic loss, Galathe has decided to devote her life to helping families and the Los Angeles community through the use of anti-gang billboards. Galathe joins the front lines with other local activist like Sandy Cook, Dr. Shari Randolph, Thomasina Lawrence, Najee Ali, and LaWanda Hawkins in speaking up against this civil and human rights issue.

On June 26, 2016, Galathe’s grandson, was killed by gang members in a drive-by shooting in the driveway of his friend’s home. Tyree was not affiliated with a gang nor did he have any association with any gangs. According to Galathe, three other people were killed that night and it is rumored that the gangs were at war. 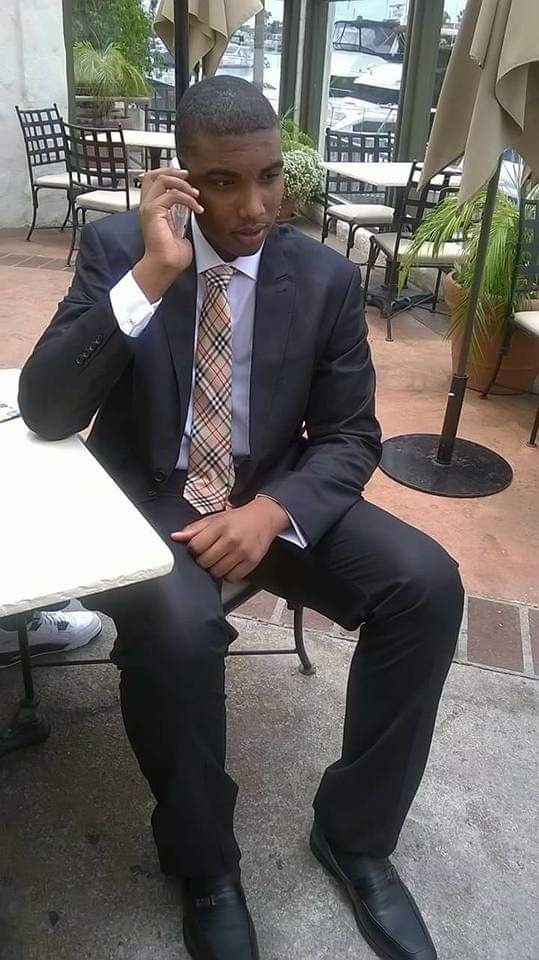 After the death of her grandson, Galathe was informed by one of the detectives who led the investigation that Tyree hadn’t done anything wrong, he was just in the wrong place at the wrong time. The detective also mentioned that someone else will die at the hand of a bullet tomorrow.

“In the aftermath of Mark’s murder, I spoke to everyone I came across about what happened to him and it seemed like everybody God had placed in my path had loss someone to gang violence. One day I prayed and I said, ‘Lord what can I do about this? I have to do something, all of these people are walking around in my midst carrying all this pain. What can I do?’”

Soon after, Galathe started the Mark. L. Tyree II Movement for Positive Change and Unity, which focuses on gang prevention and awareness. Through the local organization, Galathe was able to partner with Clear Channel Outdoor (CCO), to design billboards for her #iaintfromnowhere campaign. CCO’s partnership came with the donation of 13 digital/ traditional signs.

“We are honored to partner with Wilma, whose commitment to ending gang violence in her community and beyond have inspired me along with many others,” said Clear Channel Outdoor Southern California Vice President of Public Affairs, Layne Lawson in a statement.

“Clear Channel Outdoor is dedicated to responsibly serving the public by suing our resources and we hope this partnership will make our communities and our children safer.”

Since designing the concept for the signs, billboards have appeared in around South Los Angeles in the 8th, 9th, and 10th districts. 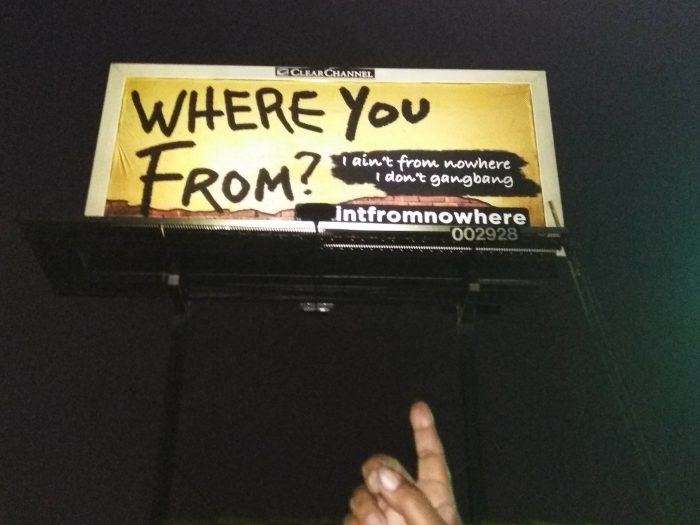 The Mark L. Tyree II Movement for Positive Change and Unity focuses on gang prevention and awareness in South Los Angeles through the use of billboards. (courtesy photo)

“I realized that the first step in helping ending this epidemic is to increase awareness and start a dialogue. I’m so grateful to Clear Channel for helping me do that by lending the power of their outdoor advertising,” she said.

When people see the #iaintfromnowhere billboards, Galathe hopes that they will think about the safety of local children.

“We have to do something about our children [not] being able to go outside, go to the store, [or] to the park [because they are afraid. We have to do something about being] under this threat. I think that something can be done about it. It can be discouraging when we see what’s happening and how ingrained it has become in our culture and our society but anything can change. It’s going to change. Everything changes with time, but it’s up to us [as to] whether it’s going to change for the better or the worse.”

Although the # iaintfromnowhere billboards are posted in South Los Angeles, Galathe’s “God-given vision,” is to spread the messages on the signs nationally which will in turn help other cities that are affected by gang violence.

“As [former] President Barack Obama stated in the letter that he wrote me, ‘if there’s even one thing that we can do to keep our children and the community safe, then we have an obligation to try.’ We all have to get together under one umbrella: the ministers, the community leaders, the politicians, the mothers, the fathers, and the celebrities. We have to all come together and try to address this problem.”