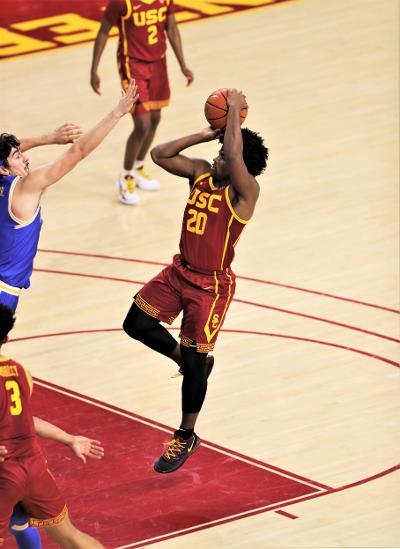 Southern California sophomore guard Ethan Anderson tallied a career-high 19 points as the Trojans made a statement while clamping down one of the top teams in the Pac-12 conference.

Anderson made 7 of 12 shots and converted three 3-pointers in a 1:47 stretch in the second half that stretched the Trojans lead to double digits.

“This was probably my first college game where I’ve been feeling it from three and all aspects of the game,” Anderson said.

“My teammates and coaching staff have been trusting me throughout this process, it has been tough on me when I was injured, I lost my rhythm, lost my groove, but my teammates keep trusting me.”

UCLA looked to limit the Trojans offensively by playing zone defense but the home team was ready and responded in a big way.

“We dusted off our zone plays and everyone had to remember what we were trying to do,” USC coach Andy Enfield said.

Senior guard Tahj Eaddy had 16 points for the Trojans, while 7-foot freshman center Evan Mobley was quiet but productive with nine points and nine rebounds on only six shot attempts.

Kentucky transfer Johnny Juzang led the under-manned Bruins with 13 points and 13 rebounds, finishing as the only double digits scorer for the team.

Sophomores Tyger Campbell and Jaime Jaquez Jr. both added seven apiece on a 6 of 18 shooting performance.

The Bruins were not at full strength while missing Jalen Hill (personal reasons) and Cody Riley (ankle) who was unable to play in the game. 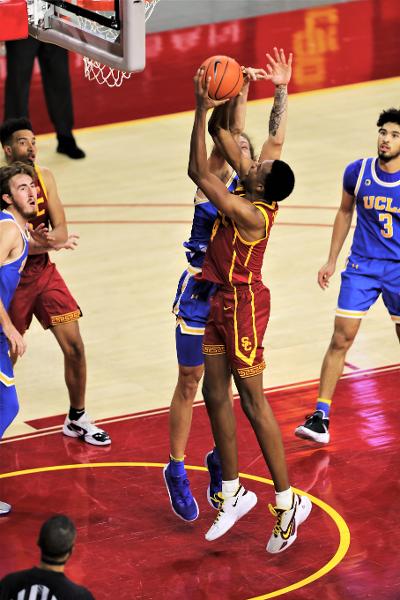 “The guys gave everything they had,” said UCLA coach Mick Cronin. “We defended and kept our effort up in spite of abysmal shooting. That says a lot about our guys. I told them we’ve got to practice- I didn’t want them even looking at the scoreboard. This isn’t the NCAA Tournament. If we get a chance to get to the tournament, to stay alive you’re probably going to have to make a comeback, so we got to practice right now, doing it.”

On a positive note, 6-9 freshman forward Mac Etienne made his college debut for the Bruins and nailed 4 of 5 shots, finishing with eight points and five rebounds in 27 minutes of play.

“The kid played 27 minutes against the (potential) first pick of the draft (in Mobley),” said Cronin on Etienne’s productive play. “You can see he has a tremendous amount of potential, very, very tough situation him though obviously,”

USC controlled the glass with a 40-33 rebound advantage and held a 30-20 first half lead before utterly outplaying UCLA in the second.

Jaquez Jr. converted an and-one dunk and free throw to get UCLA within seven, 29-36 with 14:45 remaining in the second half but USC immediately responded.

Anderson then went on to score 11 of 12 points in less than a two minute span to stretch the Trojans lead to 48-34.

The Bruins largest deficit of the game ballooned to 19, 39-58 with 8:13 left in the second and UCLA was unable to rally resulting in a 66-48 victory for USC.

“All credit to him. He hit some really big shots for them,” Campbell said on Anderson’s big shot making ability. “Our scouting report was something different. He’s a good player.” 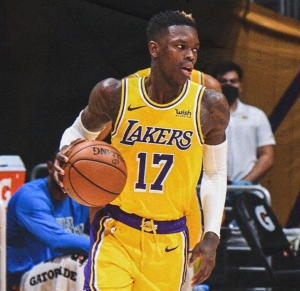 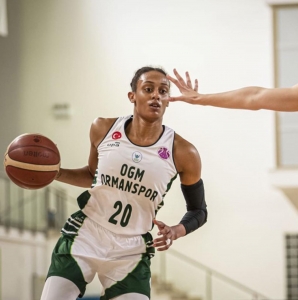 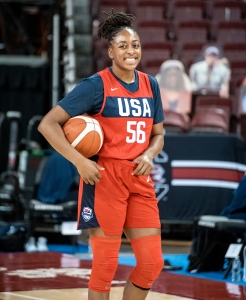 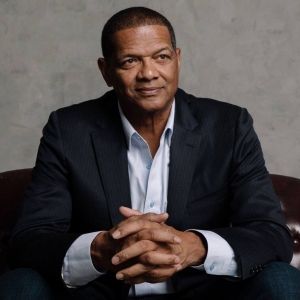 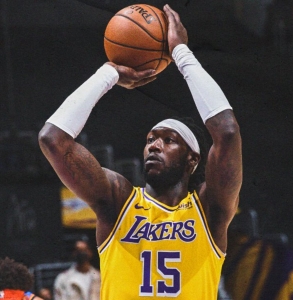 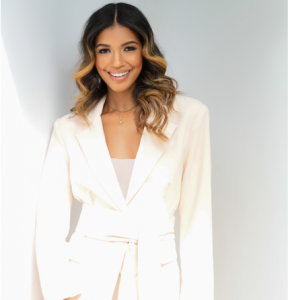