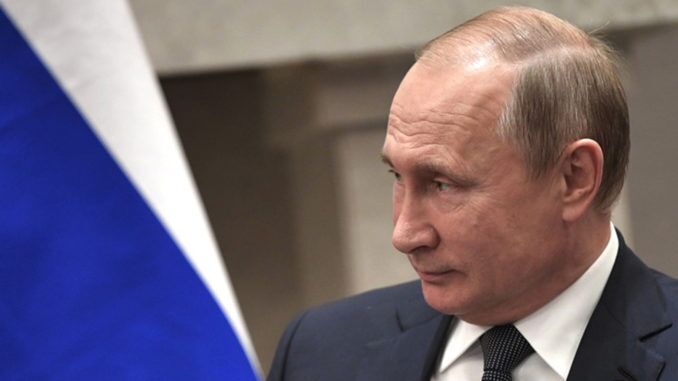 The Senate Intelligence Committee released two reports this week about Russian meddling in the 2016 election. They both highlight the efforts by the Internet Research Agency (IRA) in St. Petersburg to influence Black voters. The IRA is owned by Yevgeny V. Prigozhin, a good friend of Russian President Vladimir Putin.

Prigozhin’s tricksters used ads, posts, and fake accounts on social media platforms to give Donald Trump a boost into the White House. Less known is the extent to which they also tried to depress Black votes and undermine support for Hillary Clinton. The Russian persuaders used virtually all platforms including second-tier ones like Reddit, Gab, Pinterest, and Tumblr to lower voter turnout among Democrats in 2016.

New Knowledge found that African Americans were targeted with dozens of phony Facebook pages compared to one or two pages that were aimed at other ethnic or religious groups. The report found IRA created 81 bogus Facebook pages. The 25 pages aimed at right-wingers drew 1.4 million followers. The 30 pages aimed at African Americans drew 1.2 million. In addition, the Russians launched a Twitter barrage to confuse voters about voting rules and dissuade them from voting.

The Oxford researchers found much the same thing. “These campaigns pushed a message that the best way to advance the cause of the African American community was to boycott the election,” they wrote.

But this year he hired hundreds of workers to combat hate speech and to stop posts and photos that attack people on the basis of race, ethnicity, religion, sexuality or gender. Both Facebook and Google now use algorithms to catch “inauthentic content” from slipping onto their platforms.

In July Facebook announced a new partnership with the Atlantic Council, a conservative think tank. Their mission: to decide what content should go and what should stay.

Critics say Google and Facebook have restricted alternative news while corporate news outlets have gotten a pass. For centuries the arbiter of what constitutes protected speech has been the U.S. Supreme Court. But social media has changed the political landscape. Smartphones are the vehicles that navigate it. Social media now controls more of what Americans read and see and are shaping what we think.

In any case, Facebook and Google aren’t as smart as the Russians. The researchers say they are still up to their tricks and continue to use things like Instagram to divide the electorate and influence American politics.