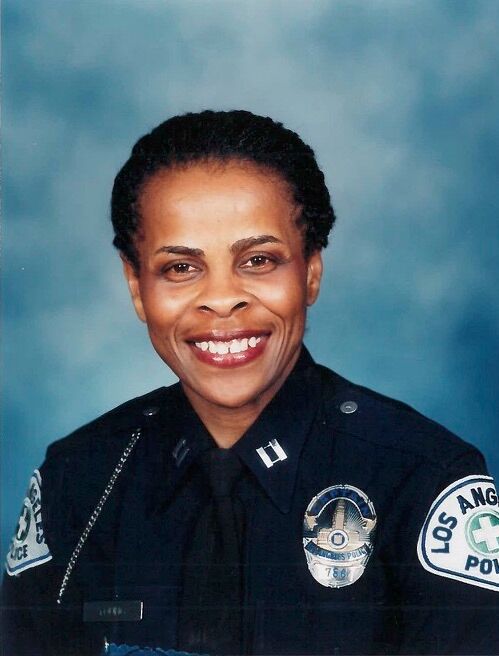 The career path of Ann E. Young has come full circle. Starting out as a teacher for six years, she switched to law enforcement for 35 years and then returned to education instructing college students.

Most impressive about her rounded journey is the heights she reached, and continues to attain, in both fields.

Combining her education and law enforcement backgrounds has worked well for Young and her students, she said.

“One of my goals is to hopefully excite the young people about the field of criminal law. What I like about the positions that I’m in is I’m able to bring in experts from the police and sheriff departments either to help recruit or talk about their particular assignment – in SWAT, Metro, Patrol or as a Commander – and share their experience in law enforcement,” explained Young. “It reinforces what students are learning through their textbooks and their assignments in class.”

Through her relationships with former LAPD colleagues, Young exposes her classes to police station visits, ride-a-longs with officers and various training scenarios such as the shoot-don’t shoot simulator.

“With the simulator, you’re placed in a situation, you hear a script played and you have to decide, based on the scenario, whether to use use-of-force or not use use-of-force. Then your actions are critiqued by one of the LAPD experts,” Young said, adding that community members can arrange to participate in the scenarios as well.

“It gives you a whole different perspective when you realize that officers have two-to-three seconds to size up a situation and make a determination whether or not they are in a use-of-force situation,” said Young, who hopes that providing these learning experiences for her students will influence them to consider a law enforcement or criminal justice career.

While acknowledging that LAPD and South L.A. residents have a historically tense relationship, Young still believes the rapport would improve if more officers came from local neighborhoods.

“We want people from the community to join LAPD because they could make a difference.  I know that sounds very cliché-ish, but it is so true.  There are really so many dedicated, hard working people in the LAPD and I truly believe that to this day,” she noted.

“We recruit from the community and they [the officers] are doing some great and amazing work out there through some challenging times. We’ve come a long way with community policing, but we have a ways to go. Join the team!”

Young’s commitment to law enforcement remained firm throughout her road to becoming LAPD’s first Black female captain.  Joining the department in 1981, she ascended the ranks despite facing challenges and lack of female officers. Within 10 years, Young promoted to Police Officer III, worked as an undercover narcotics officer, made Detective and became a Sergeant.

Her assignments ranged from the Juvenile Division Abused Child Unit, the Robbery Homicide Division Rape Special Section and Internal Affairs Division in the 77th Area to field supervisor in the Central Area.

Promotions continued from 1995 to 2000 as Young advanced to Sergeant II, Lieutenant, Lieutenant II and Captain while serving in the Hollywood, Pacific, and Van Nuys Areas.  In 2002, she promoted to Captain II and served in the South Traffic, Central Traffic, Detective Support and Vice Divisions before retiring from LAPD in 2016.

In addition to a heralded law enforcement career, Young is big on education. She earned her Bachelor of Science Degree in Kinesiology at UCLA, her teaching credential at UC Irvine and her Master’s Degree in Education from the University of Nevada, Las Vegas.  Also, Young is a graduate of the Federal Bureau of Investigations National Academy of Law Enforcement in Quantico, Virginia, and the West Point Leadership Program and Supervisory Leadership Institute.

Reflecting on her LAPD career, Young said, “I was at LAPD for 35 years. I was the first Black female to be promoted to captain, making history and hopefully opening the doors for many to follow was not an easy feat.”

“But, things aren’t always easy.  You have to make a decision in this career how you want to succeed.  Things aren’t always a bed of roses or a cakewalk. I had to decide and choose to live my life and get the best out of police work that I could get out of it,” she said.

“Sometimes when you’re the first, sometimes it’s still the hardest.  People aren’t quite adjusted or used to what you bring to the table. Hopefully, things have gotten somewhat better. Today, there are more Black female captains and there is a Black female commander,” said Young.

“These are exciting times for the law enforcement field. It’s a career that can be very exciting.  It has its ups and downs, but you get to really work with a group of hard-working individuals who love the community, love the work that they’re doing and are excited about their job,” she insisted.

“It doesn’t have to be local law enforcement. It could be FBI, city police or homeland security.  There’re so many different opportunities now. One of my goals is to hopefully excite the young people about the field of criminal law.” 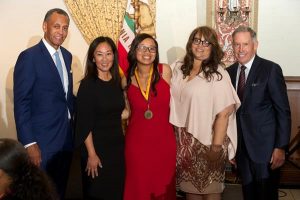