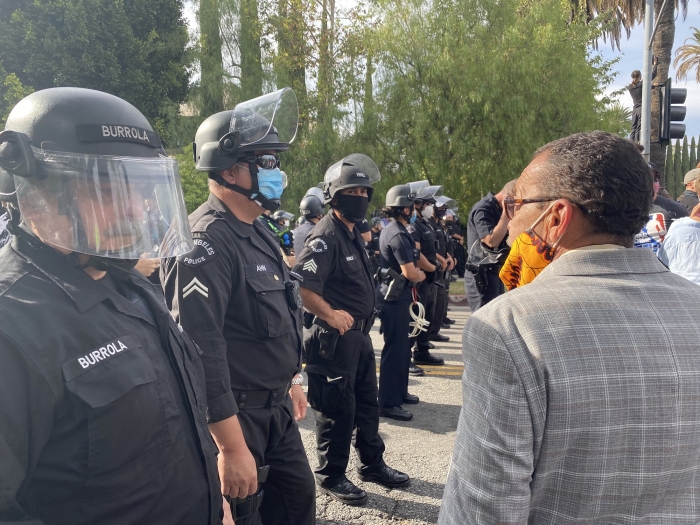 On Tuesday, Los Angeles Council President Herb Wesson went to the scene of a Black Lives Matter Los Angeles protest in front of Getty House, the residence of the mayor of Los Angeles. Protestors were calling on Mayor Eric Garcetti to reallocate major portions of the proposed $1.86 billion LAPD budget to other departments—specifically housing and mental health resources.

Thousands of protestors showed up in front of Garcetti’s official residence to protest peacefully. Wesson decided to come to the scene after seeing video of hundreds of police officers surrounding the protestors. 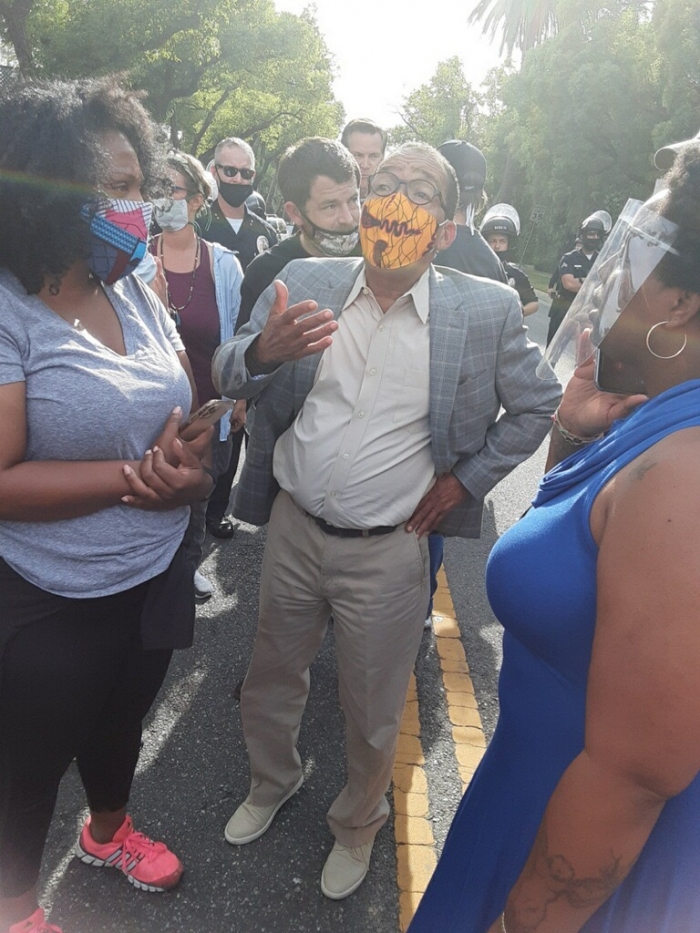 “I just didn’t want to see another situation where someone was harmed or killed by the police. We’ve had enough. I wanted to use whatever influence I have to make sure the police knew that the protest was peaceful and to not hurt the protestors.”

Wesson’s actions mirror those of the late Mervyn M. Dymally, who, when the LAPD staged a raid on the L.A. Black Panther headquarters at 41st Street and Central Avenue in South Los Angeles on Dec. 9, 1969, stepped up and stepped in to help.
When the raid morphed into a firefight between the Black Panthers and the LAPD’s newly conceived Special Weapons And Tactics team (SWAT), Dymally went to the site of the shootout with a contingent of supporters in hopes of de-escalating the violence.
His presence as an elected state senator almost certainly prevented the loss of life in a gunfight that saw some 5,000 rounds expelled. 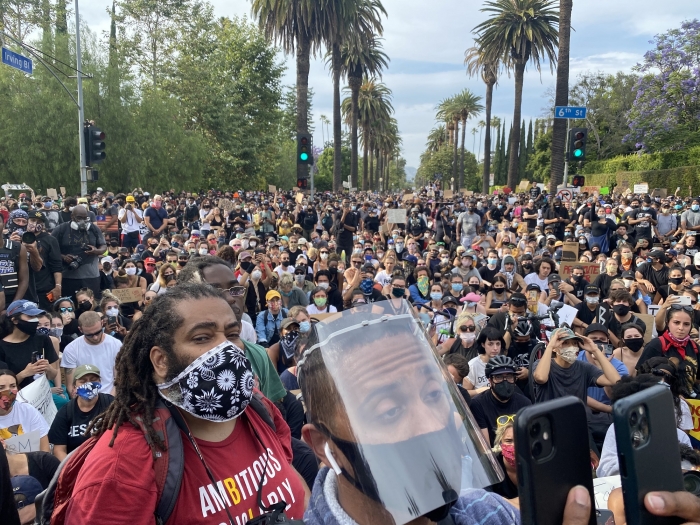 Over 1,000 people attended a Black Lives Matter protest calling on Mayor Eric Garcetti to defund the police and move more into housing and mental health resources.