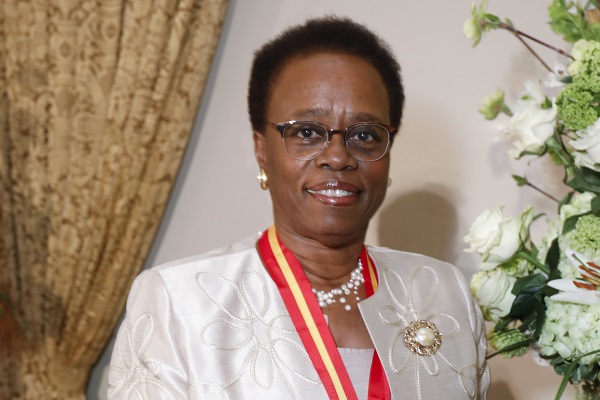 This month, the University Of Southern California (USC) announced the appointment of Dr. Wanda Austin as the university’s new interim president. Austin’s appointment comes after USC president C.L. Max Nikias stepped down from his position in light of a sex-abuse scandal.

“While it was unexpected, when I was asked to step up and lead USC at this time, I was honored to do so,” said Austin. “I have a long relationship with USC, first as a graduate student and more recently as a trustee.”

Austin was born in the Bronx in the city of New York. While there, she attended The Bronx High School of Science. She then set her eyes on pursuing a bachelor’s degree in mathematics from Franklin & Marshall College. Soon after, she enrolled in the University of Pittsburgh where she received her Master of Science degrees in systems engineering and mathematics and later USC for her doctorate in systems engineering.

Although Austin’s is new to the position, she is quite familiar with USC. Since 2010, Austin served on the USC Board of Trustees and in 2018; she received the USC Presidential Medallion.

Her wide range of career accomplishments involves serving the former president of the United States, Barack Obama to working for NASA. In 2008, Austin became the first female and the first African American president of the Aerospace Corp. During her time there as the president and CEO of the independent non-profit organization, Austin led 3,600 employees and managed the organization’s annual revenues of $950 million across 17 offices nationwide.

Additionally, Austin served on former President of the United States Barack Obama, Council of Advisors on Science and Technology until January 2017. In this role, Austin and her colleagues advised the former President on science and technology to help promote and stimulate innovate and effective U.S. policy. Along with her new title as USC interim president, Austin is a member of the Defense Policy Board and previously served on the Defense Science Board and the NASA Advisory Council. That’s not all, Austin is also an author. In 2016, she published a book titled, “Making Space: Strategic Leadership for a Complex World.” The book discusses her personal experiences and lessons learned during her career in the space industry, leadership strategies for women of color and more. The book is available for purchase on Amazon.

In a statement to USC News, Austin mentioned her commitment to “inspiring the next generation to study the STEM disciplines and to make science and engineering preferred career choices.”

“My life and career experiences have brought me to this place to serve this great university until the arrival of our next president. In the coming academic year, I hope to support the faculty, students and staff as they do their very best work in pursuit of USC’s mission and its service to the community,” she said.

USC News contributed to this report.