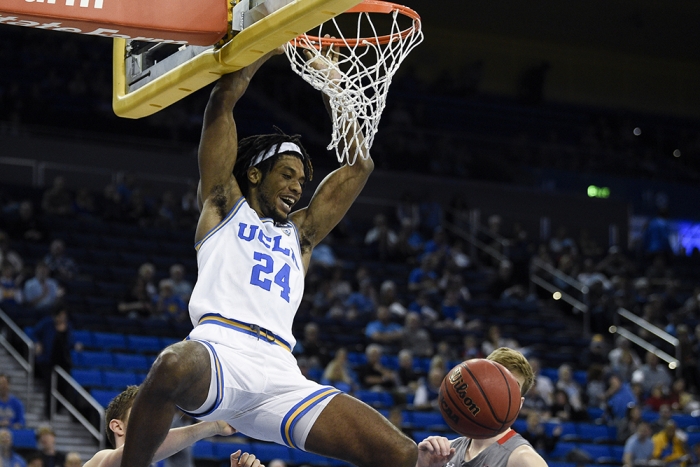 Tyger Campbell sat out his true-freshman campaign last season due to a torn ACL, but he’s continued to persevere and has now looked to be every bit of the floor general UCLA envisioned.

The redshirt freshman point guard led the Bruins with a career-high 22 points and eight assists — one shy of his career best, all while propelling UCLA to a 73-57 victory over Utah on Sunday afternoon at Pauley Pavilion.

“I wouldn’t have been able to do what I did without my team finding me,” Campbell said. “I might have had 22, but it was the team that mattered. I just wanted to win. That’s all I care about; we’re trying to go on a run in this Pac-12 right now.”

“[I’m] really happy with our win,” UCLA head coach Mick Cronin said. “Happy for Tyger Campbell, obviously. It’s tough being a young guy when everybody expects the world from you in your first year.”

Freshman forward Jamie Jaquez Jr. tied his career high with 18 points, while sophomore forward Jalen Hill had 14 and eight rebounds for the Bruins. UCLA shot 49 percent from the field and held Utah to 39, causing them to commit 15 turnovers on the day.

“For freshmen to play the minutes that they’ve played, (34 and 35), it’s not normal,” said Cronin on Campbell and Jaquez Jr. “It’s usually a recipe in disaster for coaching, so my thing with those guys is I apologize to them, I tell them, I’m going to coach you like a senior instead of being able to bring you along slow as a freshmen, but get to play a lot, so it’s give and take. If you get to play a lot, I’ve got to coach you like you’re a veteran.”

Sophomores, Riley Battin and Timmy Allen had 14 and 13 points, respectively for the Utes, but struggled to take care of the ball early in the game.

“We had a stretch where we had seven turnovers in our first 13 possessions,” Utah coach Larry Krystkowiak said. “The margin for error is just too slim against a team like this.”

UCLA held a 32-21 advantage at halftime and only seemed to catch more of a rhythm in the second. Just before the first half ended, the Bruins used a 16-8 run to end the period and the Utes struggled to recover. 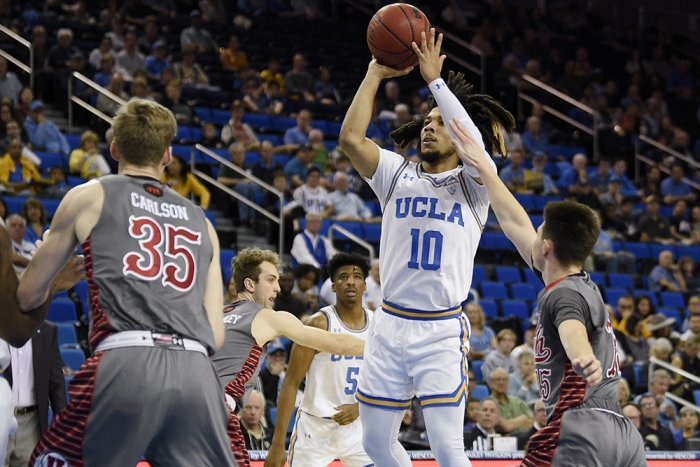 Utah got within four, 50-46 early in the second, but UCLA responded with a 17-2 run of their own after Campbell made a jumper, followed by finding teammate Jules Bernard for a three-pointer.

“We thought Tyger had the advantage in the pick-and-roll,” Cronin added. “I could see he was extremely confident, and we rode that in the second half.”

“Usually we get really good jumps and we’re ahead,” Jaquez Jr. said. “Usually in the second half we tend to fall apart. That was a big emphasis in the last couple of games, keep it together in the second half and finish out games.”