Chancellor Gary May (right of UC Davis podium) along with Ebony Lewis, UC Davis Admissions (left of podium) take photo with a group of gifted students from King Drew Magnet High School of Medicine and Science while on a visit of the schools’ campus. Photo Credit by Lisa R. Golden

King Drew Magnet High School of Medicine and Science got a visit from Gary May, the new CEO of the University of California Davis, recently to celebrate the community of teachers and educators who support a student body of dynamic learners. In a morning-long presentation from humble students and invested faculty, May and his wife interacted, heard moving testimonies and toured the campus. “Students matriculating at schools like King Drew are exactly the type of passionate learners that we need to be recruiting,” says May. “Although I’ve only been in the position as chancellor for four months, I’m so glad to be able to visit King Drew at the beginning of my tenure at UC Davis.”

A group of the most elite sophomore, juniors and senior students of King Drew convened at the school library to share their personal stories with the Chancellor. Largely comprised of an African American and Latin student body, the united colors of black, white and gold uniforms made a powerful statement of oneness. Students and faculty both wore school colors in some form or fashion and were genuinely invested in the school’s success. It was the sentiment that resonated throughout the day; both King Drew and UC Davis felt obligated to positively impact these kid’s lives. “This year was the first time I was actually in an operative experience in an actual hospital, seeing first hand the delicate process of performing operations,” remembers 11th grader, Darion Allen. “No place else would I ever have gotten this specialized learning then here at King Drew.” King Drew is an exceptional place for high school-age kids in South Central L.A. to learn. Through it diversified curriculum, hands-on medical and science experiences, college-level programs, King Drew’s expectation for student success far exceeds the typical Los Angeles high school.

A magnet school devoted to preparing its students for success in the scientific and medical fields, close to 90 percent of King Drew’s students come from low-income families. A unique, success-centric formula and focused educators consistently catapults graduating students to college. “When I came to King Drew, I didn’t really know what I wanted to be. My family has nurses and doctors so it was just a given that was the field that I would go into,” says 11th grader, Katherine Owojori. “But through the specialized medicine and science career programs, I’m now laser focused on what it is that I want to practice. This was the best high school for me to learn about my own career goals.” A diverse group of students with a diverse set of experiences, each testimony revealed a new medical profession that each are training to pursue; from aspirations of being a medical examiner to a forensic scientist, these students were motivated and pushed to be their very best.

Opening its doors in 1982 through the help of a Robert Wood Johnson Foundation Grant, King Drew Magnet High School of Medicine and Science in South Central L.A. had a goal to level the playing field and support greater numbers of minority students entering the many facets of health-care professions. The founders were a small group comprised mostly of parents, physicians, university leaders and community activists and King Drew became the first medical magnet school in the Los Angeles Unified School District. At the center of its curriculum is the Medicine and Science Careers Program where juniors spend four hours a week shadowing real health care professionals in working hospitals in the L.A. area.

In his enthusiastic presentation to Chancellor May, Principle Reginald Brookens detailed the new additions to the school including a state of the art IT Network lab created from a $250,000 grant and most recently the Simulation Lab In 2017 where students hold the title of CEO and Treasurer running their own lab operations as a part of their studies. “Last year, 98% of our seniors graduated and more than 70 percent of graduates were admitted to four-year universities,” says Principle Brookens. “This year we’re looking for 100%!”

These soon-to-be graduates are ripe for medical and science universities like UC Davis and Chancellor May and Ebony Lewis know that this diverse group of students would round their student body. May has long been a champion for diversity in higher education having been the first African American chancellor Georgia Tech School of Engineering, after having been at the school for more than 30 years. Over his career, May has written more than 200 technical publications and contributed to 15 books on computer-aided manufacturing of integrated circuits. President Barack Obama honored May with the Presidential Award of Excellence in Science, Mathematics and Engineering Mentoring.

An advocate of diversity in the fields of science, technology and engineering, May made a speech last year at the University of California Berkeley about how the STEM programs are largely made up of only white men.

“We have to do a better job of recruiting minorities into our program,” believes May. “I’m so glad that you allowed me to learn about King Drew. It’s been my life’s work to bring minority students to this field and we’re looking forward to bringing you to UC Davis.” 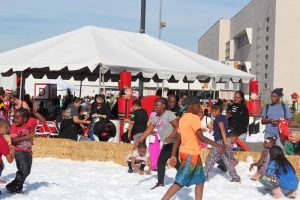 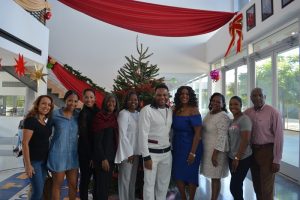 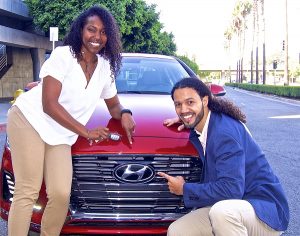