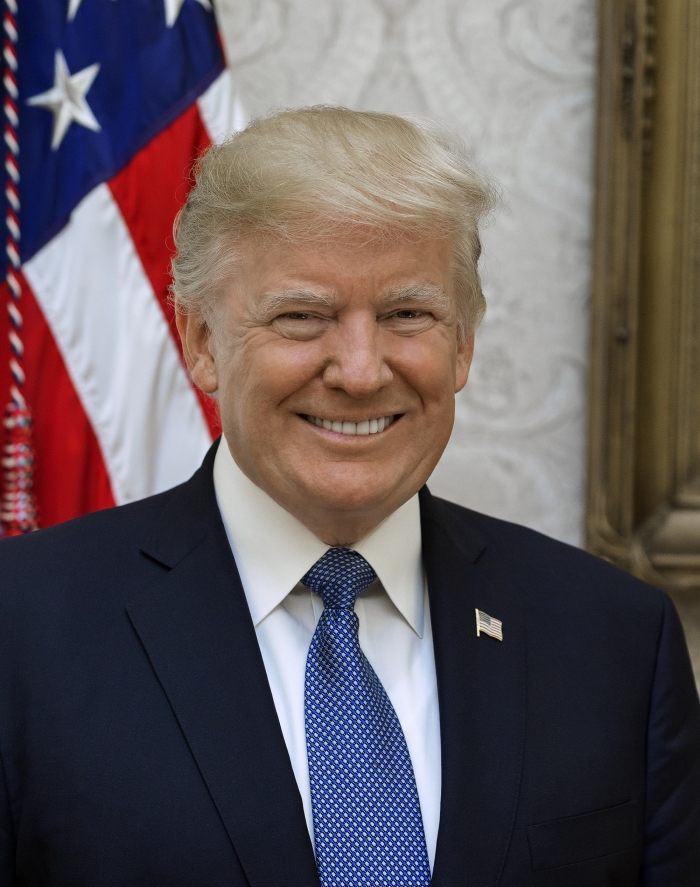 The Fostering Undergraduate Talent by Unlocking Resources for Education – or Future Act – means that, under the President’s administration, investment in HBCU programs has significantly increased under Title III of the Higher Education Action of 1965.

One day after the House impeached him, President Donald Trump took decisive action to support and empower Historically Black Colleges and Universities (HBCUs) across the country.

The President put his signature on the Future Act, legislation that for the time includes HBCUs in the federal 5-year STEM Education Plan and the National Research and Development Budget Priorities.

“When I took office, I promised to fight for HBCUs, and my Administration continues to deliver,” Trump stated.

“A few months ago, funding for HBCUs was in jeopardy. But the White House and Congress came together and reached a historic agreement. For the first time ever, I signed legislation to permanently fund HBCUs and other institutions that primarily serve first-generation and minority students. This action guarantees more than $2.5 billion over the next 10 years, including $850 million specifically for HBCUs,” the President stated.

“Today’s achievement continues my unprecedented commitment to HBCUs. During my first weeks in office, I moved the HBCU initiative, led by Johnathan Holifield, to the White House and worked with Congress to increase funding for HBCUs by more than $100 million. HBCUs have never had better champions in the White House.

“The bill I signed today also reforms the Free Application for Federal Student Aid, or FAFSA. The Internal Revenue Service will now seamlessly transfer applicants’ records to the Department of Education, so that families can use a simpler, shorter application for financial aid and those with student loans do not have to complete a cumbersome income certification process year after year.

“This is a transformative change that has been talked about in Washington for more than a decade, but everyone always said it could not be done. We got it done.”

With the bill’s signing, Trump also established the inaugural HBCU Colors Day, which encourages HBCU supporters from across the country to wear HBCU apparel to show their support for HBCU institutions.

The Fostering Undergraduate Talent by Unlocking Resources for Education – or Future Act – means that, under the President’s administration, investment in HBCU programs has significantly increased under Title III of the Higher Education Action of 1965.
This includes:

• A $35 million increase in the Strengthening Historically Black Colleges and Universities Program ($279.6 million);

• A $1 million increase in the Strengthening HBCU Masters Programs ($8.6 million);

Trump also has appointed both the Chairman of the President’s Board of Advisors on HBCUs and Executive Director of the White House Initiatives on HBCUs.

“What we’re talking about is permanent funding for HBCUs, as well as minority-serving institutions, to the tune of $255 million in the annual formula and competitive funding,” said Ja’Ron Smith, the Deputy Assistant to the President for the White House Office of American Innovation.

“That’s over ten years, so you’re talking about $2.5 billion, and we didn’t just stop there. With the FAFSA (Free Application for Federal Student Aid) simplification that only allows students to answer up to 22 questions on a current basis, we eliminated the burdensome process that will allow low-income students like myself, who had to navigate a FAFSA form without having parents who ever went to college,” Smith stated.

Smith added that the legislation would help put more students in the pipeline, and more resources into HBCUs and minority-serving institutions.

“It’s going to help them with programming infrastructure and help the students that go to these institutions,” he stated.
The President and his administration are aggressively working on other strategies to assist HBCUs and other minority-serving institutions, Smith stated.

“During our last two presidential board of advisors meetings, the subject came up, and we’re also taking a look at the money that can be leveraged into these institutions as well as community colleges,” Smith said. “I think that we just need to be smarter as a government and harness our institutions. Many of these schools are located in areas where people depend on those institutions to get access to opportunity. Our commitment has always been to figure out a strategy to help these institutions throughout the 21st century.”