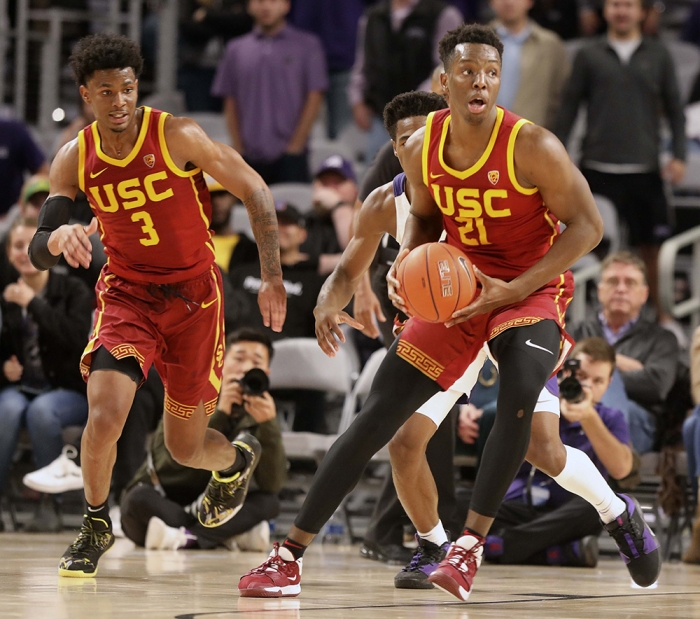 Southern California forward Onyeka Okongwu (21) looks to pass the ball during the second half of the team’s NCAA college basketball game against TCU in Fort Worth, Texas, Friday, Dec. 6, 2019. (Bob Booth/Star-Telegram via AP)

The Trojans continued fighting on through the early portion of the season handling Long Beach State with ease in a 87-76 victory.

Freshman forward Onyeka Okongwu has been a wrecking ball this season for the Trojans. The 6’9 Freshman ranks 5th among all NCAA Freshman averaging 17.4 points per game.

Surpassing the 10 game mark, the Trojans have relied heavily on their depth from the top to bottom of their lineup. All 10 available scholarship players on the current roster have provided at least one 10-point scoring game this season.

At this current point last season the Trojans were a mediocre 5-5 with conference play approaching. Seventh year Head Coach Andy Enfield has the Trojans in good position looking strong through the first portion of their schedule against non-conference opponents.

USC 6’11 Senior leader Nick Rakocevic helped power the Trojans offense through the first half, finding 6’10 Freshman Isaiah Mobley for a sweet no look pass extending USC’s lead 24-14 with 8:08 to play in the half.

The Senior big man helped the Trojans cap off a strong first half with an impressive deep corner three pointer on the offensive end, followed by a steal on the defensive end with the dish to 6’8 Freshman Max Agbonkpolo finishing the layup. The multiskilled asset of Rakocevic isn’t new, he’s showed his ability to put his fingerprints on all parts of the game through the Trojans first 11 contests of the season.

USC F @nick_rakocevic1 is the glue for this Trojan team w/ 8 points 1 blk and a rare deep corner 3 including a flashy no look pass to @MobleyIsaiah. #USC leads #LBSU 40-34 at half.

The second half belonged to Okongwu who completely dominated the second half with Long Beach State having no answer for one of the nations top Freshman talent.

Okongwu carried the Trojans in the second half, scoring 24 of his 28 total points in the half alone. The Freshman hit another gear and purely outplayed the Long Beach State big men with ease.

“The first half took me a while to get going and the second half I just came out wanting to do more for my team being more of an impact,” said Okongwu.

Okongwu scored three consecutive baskets early in the half. An alley-oop from Rakocevic for the two handed slam, a layup on the next possession, and an Elijah Weaver steal on the defensive end leading to the transition fast break layup by Okongwu causing a Long Beach State timeout.

With 7:16 to play in the second half Okongwu caught a rim-rocking alley-oop on an inbounds play from Freshman guard Ethan Anderson to extend the Trojan lead 71-56.

Okongwu who tallied 4 points at the end of the first half finished the game with 28 points, 12 rebounds, and 3 steals. Senior guard Jonah Mathews provided his sharpshooting netting five three-pointers totaling 18 points.

The (9-2) Trojans will face the (7-2) LSU Tigers at the Galen Center on December 21st, looking to build on their impressive non-conference play. 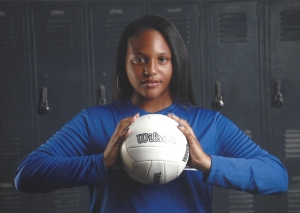 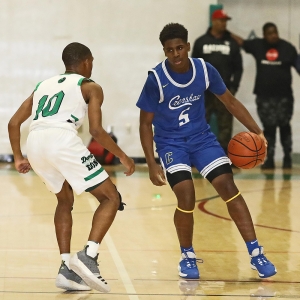 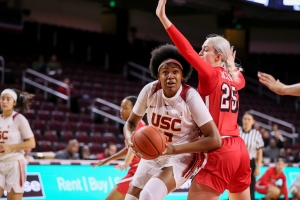