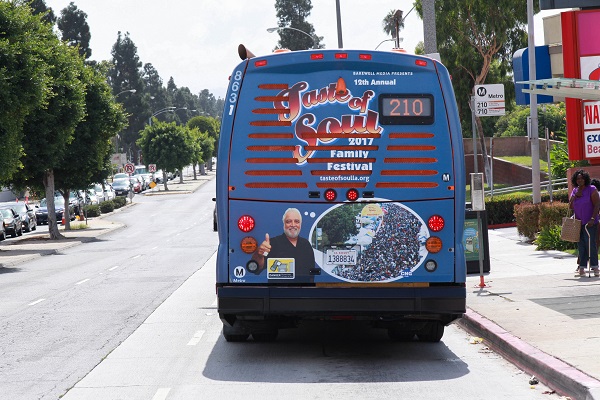 As the 12th Annual Taste of Soul (TOS) Family Festival approaches, TOS sponsors Airbnb and Metro will be of service, making locals’ and tourists’ stay and transportation needs easy and accessible.

Taste of Soul is an all-day family affair filled with live music, famous faces, a variety of delicious foods, unyielding action-packed talent topped off with a wealth of community resources and workshops for families and friends.

Airbnb’s presence in local neighborhoods will unearth a range of diversity for L.A. natives and visitors to see the community in a larger aspect.

“Airbnb is proud to sponsor Taste of Soul for the second year in a row. Like the Taste of Soul event, home sharing brings travelers to neighborhoods that don’t typically benefit from tourism and helps to highlight LA’s unique and diverse communities,” said Airbnb spokeswoman Rebecca Liu Morales.

“We want to play a role in in spreading tourism to every corner of the city. As LA Metro continues to expand its public transit system, Airbnb is proud to offer visitors to Los Angeles a place near every major Metro Station in the Los Angeles region,” Morales adds.

The company is an international brand that is utilized by consumers for accessible and hospitable homestay. Their new-age services tap into the vicinity of South L.A. communities for hosts and patrons. The Crenshaw District is a historical area where the community continues to thrive in home ownership, community leadership, and business and resource development.

Airbnb builds a bridge of diversity by taking on hosts and guests from diverse communities and countries. 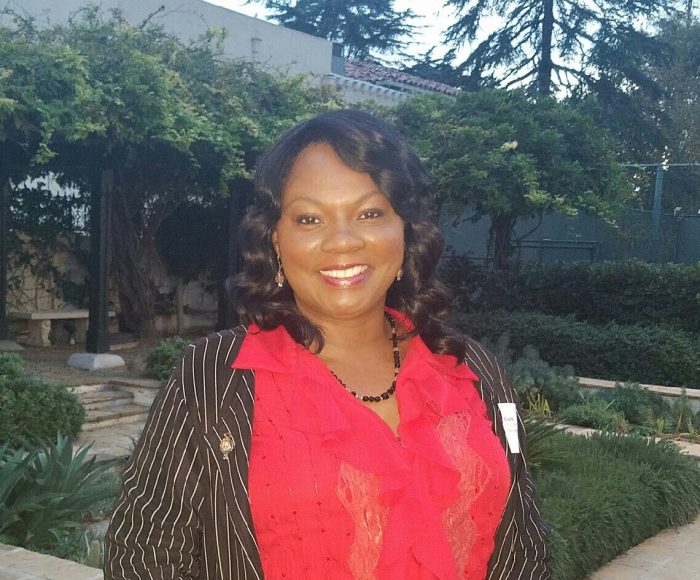 Robin Cole, a host for Airbnb in Park Mesa Heights for three years, states that diversity is key. “People are making decisions to come to our neighborhoods. We are receiving them well and showing them what’s going in non-touristy areas. They love it because we have a culture, history, and wealth that may have never been noticed,” said Cole.

“Park Mesa Heights is a diverse area, we have all different types of income levels, from very wealthy middle class, to poor areas; we all live together. The people have an opportunity to see what Los Angeles is truly about,” she states.

The semi-retiree who works for a law firm, began hosting in October 2015.  Cole feels hosting has allowed her to do what she loves while also caring for her mother. “It was the end of the year and I had my first guest, who was a famous dancer, accompanied by her baby and husband from Italy,” Cole recalls. “I had hoped I would meet their needs, as well as be able to communicate and understand them. We’re still friends today, we chat with one another all the way across the globe,” she states.

Both incomes have helped to supplement Cole’s salary as a caretaker and her business. Airbnb is an effective tool for people wanting to increase their finances.

“They’re so mindful of us making a living, they barely take anything. They have a small platform fee and cover the taxes that are due to the city,” Cole on Airbnb’s dedication.

“We set our own rates based on what we feel is fair and equitable for guests, as well as for us. We like to be fair, because we want them to keep money in their pockets more so than to spend it on their living quarters. I want them to [spend] money at restaurants in my neighborhood, and enjoy the attractions without feeling encumbered. That is my goal in the South L.A. area,” said Cole.

Airbnb has partnered with the Crenshaw community to enhance the presence and growth in neighborhoods and local businesses. According to Airbnb, the number of hosts has increased in 2017 to 450 (220% increase) and guests to 35,000 (300% increase) in South L.A.

“In addition to benefitting individual hosts, home sharing can help to support local businesses in the Crenshaw area.  Hosts recommend small local shops, cafés, and restaurants to their guests. The typical Airbnb guest in L.A. spend $198 per-day and 42% of guest-spending stays in the neighborhoods where the guests stay. An overwhelming majority of our hosts – 95 percent – recommend local business to their guests, which helped generate $1.1 billion in economic activity in Los Angeles last year,” reveals Morales.

Cole hasn’t booked any guests for the Taste of Soul as of yet, but states there are quite a few hosts booking renters for the event. “We are a tight knit group that meets often and share information … so yes, guests will be guided to that event. If they are coming from another country, they definitely would like to attend,” states the Airbnb host.

As TOS attendees find lodging for the event, they need to look no further than Metro for transportation.

Similar to Airbnb, Metro promotes public transportation as a gateway to enjoying local entertainment like the Taste of Soul.

The Taste of Soul is the largest street fair in Los Angeles; however, it creates inconveniences for traveling. With the aid of Metro, TOS wants to make attending the festival an effortless trip.

“Metro is proud to support Taste of Soul and provide the opportunity to our riders and the community the chance to visit this year’s event,” said Metro spokesman Rick Jager. “The Metro Expo Line and Metro buses are a perfect way to connect with Taste of Soul and we encourage the public to Go Metro and enjoy the festivities.”

The sponsor offers pertinent information on bus routes and street closure for the public’s use of transit. 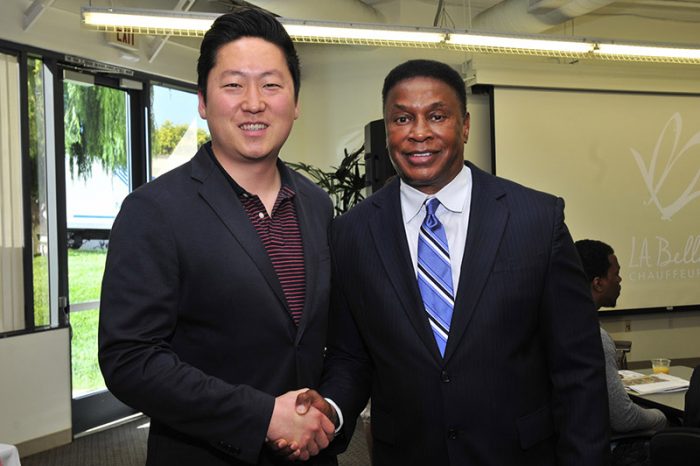 Metro has provided an array of information for the Taste of Soul:

Locals should be aware that street closures go into full effect the day of festival, blocking off known routes for Crenshaw residents.

Lastly, there will be no parking on Crenshaw Blvd. or its service roads between Stocker Street and Rodeo Road from Friday, October 20, 2017, 4:00 pm to Sunday, October 22, 2027, 6:00 am.  Please keep in mind that violators parked in no parking areas will be towed this year. There are no exceptions, by Swanney and McDonald Towing Services (323) 733-6898.

There will be a Metro booth at the Taste of Soul, where you can learn more information on upcoming and current projects.  The booth will have a phone charging station. 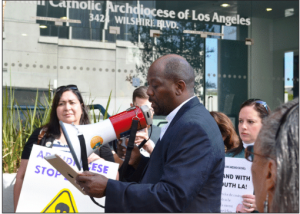 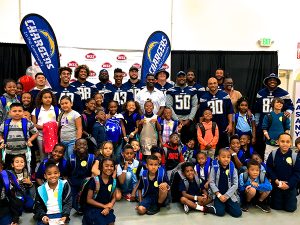 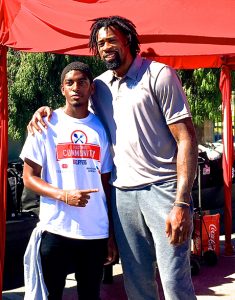 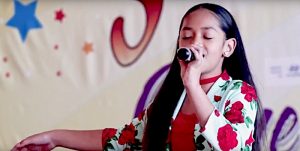 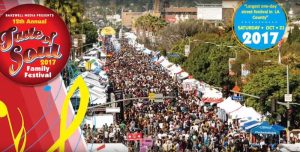