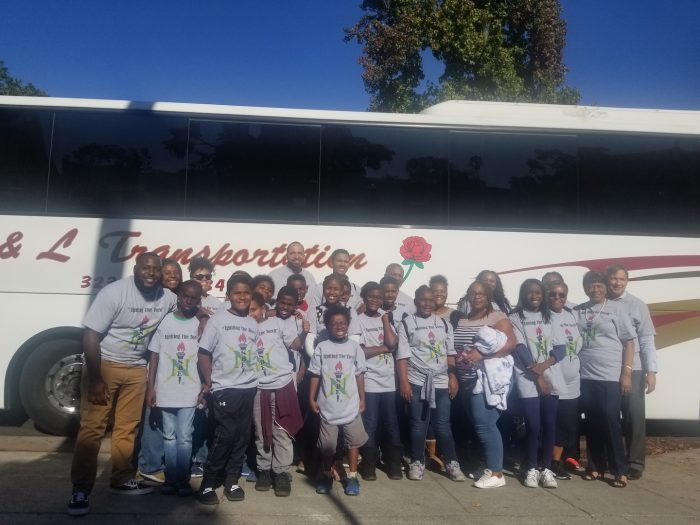 With more than 500 chapters and 16,000 members in the U.S. and abroad,
the National Society of Black Engineers (NSBE) is one of the largest
student-governed organizations based in the United States.

On Friday, November 9, 2018, the Southern California chapter of the National Society of Black Engineers left South Los Angeles to attend the Fall Regional Conference (FRC) in Las Vegas. The theme of the FRC is Explore. Engineer. Elevate. With sponsorships from Best Best & Kreiger LLP and the West Basin Metropolitan Water District, NSBE Jr. of So Cal was able to sponsor twenty-eight young people, ages 9 to 17, to the FRC where they will compete in a math and science competitions as well as the following STEM workshops:

FRC will also feature tours of the University of Nevada at Las Vegas and the LINQ, the World’s largest observation wheel and an engineering wonder. The conference will conclude on Saturday evening with an awards banquet and NSBE’s annual Carnival Night.

The mission of the National Society of Black Engineers is “to increase the number of culturally responsible Black Engineers who excel academically, succeed professionally and positively impact the community.  “We are honored to have the support of organizations like BB&K and the West Basin Metro Water District because it demonstrates their commitment to a diverse community of engineers, mathematicians, and inventors in the future,” said Christine Wood, Executive Director of NSBE Jr. of Southern California.