Watkins speaking to the people “He Really Put Watts on the Map”

In 1981, the headline of a newspaper article read: “Poverty Program Succeeds Where Many Have Failed,” with a subheading: “Now British Are Looking at L.A. Effort.” The article was referring to Ted Watkins and Watts Labor Community Action Committee (WLCAC), one of the nation’s most successful anti-poverty programs. Founded in 1965–now almost half a century later–it continues to provide a wide range of community services including employment and housing, economic development activities and initiatives that engage community residents through skilled training and basic education opportunities.

Born Theodore Watkins, “Ted” as he was affectionately known, came to Los Angeles from Mississippi at 14 and worked his way from an assembly line job in Watts to becoming active in the United Auto Workers (UAW) union. Along with union members and community activists, Watkins established WLCAC in the aftermath of the 1965 Watts Rebellion, and served as its president. Its fundamental mission was to improve the quality of life for the residents of Watts.

WLCAC derived its mission because of the failure of those in authority (government and the private sector) who seemed to lack the will and/or the skill to attack the massive poverty that was rampant in South Los Angeles. Some of the ideas and motivation were inspired by the desire for the community to exercise self-control, self-empowerment and self-determination in the tradition of Black Nationalism.

Using the experience he gained as a UAW representative, Watkins began to direct funding from local, state and federal agencies, as well as private organizations to numerous anti-poverty programs under WLCAC. In addition, he was able to win friends and supporters among local, state and federal officials as he continued to revitalize the South Los Angeles area–Watts in particular.

There were two overriding needs in the Watts area: a financial institution and a hospital. Watkins formed the Watts Credit Union which was chartered in 1966; it helped many neighborhood residents obtain loans that would otherwise been denied to them. The second need took a bit longer, but he was instrumental in founding the (Martin Luther) King Hospital, which later on was named the King/Drew Hospital because of its close association with the Charles Drew University. All of Watkins’ achievements were done as part of and under the auspices of WLCAC. He led the way with other community leaders and lobbied the County Board of Supervisors, and along with the late Supervisor Kenneth Hahn, won unanimous support to build the hospital. (Ironically, both King Hospital and Watts Credit Union are currently defunct).

To accomplish his objectives, Watkins knew that he had to employ a workforce comprised of local residents and provide for them better jobs and benefits, better housing and a better overall community. He set about creating a community oasis in a desert of poverty and despair bent on assisting not only Watts, but also the surrounding areas in their efforts to improve the economic, social and physical environment of their areas.

Under Watkins leadership, the first summer youth program involving over 4000 youth, through assistance from the U.S. Department of Labor and an experimental program, were hired thereby paving the way to lowering the national working age to accommodate school-age youth especially during the summer holidays. This opened the door to sending thousands of youth to Camp Roberts Army Base for a two-week summer camp experience.

While the 105 Freeway was being built, Watkins formed the Greater Watts Development Corporation, a subsidiary of WLCAC and implemented the Century Freeway Relocation Contract. Through it, he arranged to relocate many of the displaced houses from the western end of where the freeway construction was taking place, to be moved to Watts. To accomplish this, he incorporated Tri House Movers, Inc.; many were luxurious homes that are still standing in South Los Angeles today.

The green and white logo of WLCAC with its lightning bolt crossed with shovel became a standard feature all over Watts symbolizing Watkins’ far-reaching activities and the facilities that WLCAC operated at that time, in four city council districts and two supervisorial districts. However, the center of his operation remained in Watts in a nondescript building located at 114th Street and Central Avenue. There Watkins would consult with mayors, senators, foreign dignitaries, business and religious leaders and the people of Watts.

In the 1970s, Watkins formed a Community Development Corporation as a part of WLCAC. It was a quasi-private organization that focused on community control and economic development designed to address the problems of poverty. WLCAC opened a service station, poultry farm, grocery store, laundry, furniture and appliance shop, and food stamp centers. Watkins was demonstrating true Black power from an economic perspective–through community control of WLCAC and its programs.

One of the strongest and most meaningful programs that WLCAC conducted was the Community Conservation Corps (CCC). It not only provided jobs for the youth during the summer, but it also conducted educational classes on Black heritage and culture. It supported the Watts Summer Festival, an annual celebration of African American culture that began in 1966, under the direction of Tommy Jacquette that has continued into the 21st century.

Whenever Watkins conceived an idea, a part of his vision was always “how can we (the residents of Watts) control it for the betterment of the community.” He initiated tree planting and community beautification projects. He launched programs with the construction trade unions to provide training for the youth, so that after the ground breaking for housing units in Watts, Willowbrook and Compton, construction jobs were guaranteed for local residents. By 1973, the first multi-unit housing complexes were completed.

By the end of the 1970s, WLCAC’s employment numbered about 1400 people in construction, sales, clerical, secretarial and food service positions. WLCAC was the largest single employer in Watts in addition to being the largest landlord. Through the food service department, it provided meals daily for WLCAC’s ten senior citizens centers.

In 1979, the Brotherhood Crusade, who had assisted WLCAC with funding for the Century Freeway Relocation Contract, honored Watkins with its Pioneer of African Achievement Award, for his outstanding work in business and community development.

One of Watkins’ most ambitious endeavors was his attempt to purchase and develop the 74-acre Goodyear plant on Central Avenue bordered by Gage and Florence Avenues. According to the financial reports, he had secured millions in loans from several Savings and Loans institutions and the city of L.A. However, the U.S. postal service bested him and built one of the largest postal complexes in the city on the site.

Watkins’ most impressive and visible gains were in the area of housing. He was sensitive of the need to provide quality housing for low-income residents and he would always focus on the needs of senior citizens and low-income residents when designing any project in the community. To underscore his commitment to the community, throughout his career as the head of WLCAC, Watkins lived in the same house on the same street in the heart of South Los Angeles.

Then 1981 arrived and for four days and nights, Black youth roamed the streets, looting and torching buildings, setting fire to cars and attacking buses and passersby. When it was over more than 100 buildings were destroyed, hundreds were injured and hundreds were arrested and there were in excess of $2 million in property damages. But it was not Watts; it was London, England, and Watkins viewed it all on television.

In the aftermath of that tragedy, the British government, looking for solutions, reached across the Atlantic and zoomed in on Ted Watkins and WLCAC. He accepted an invitation from the British prime minister and flew to London to share his expertise in dealing with post-riot Los Angeles (Watts). After spending two weeks in England, Watkins shared with the “Brits” his analysis of their problems and offered suggestions as to how they should incorporate what had worked successfully for WLCAC.

As with many innovators, Watkins had his detractors; those who claimed that he was receiving a disproportionate amount of governmental and private funding, and in so doing was depriving others of vital access to the same much-needed funds. In an effort to offset this so-called disparity, Watkins used to take his visitors on tours of the community to show them his work: once vacant lots that were turned into quality housing; former unemployed individuals hard at work; and a community trying to better itself under the guidance of WLCAC. The visitors would leave impressed and the funding continued. Watkins was a “show-me” kind of a guy.

When Los Angeles erupted again in 1992, WLCAC suffered some losses but it was not fatal and its programs and projects continued. The following year, Watkins passed but he left a golden legacy that has survived and continues to this day (the 21st century).

Though the demographics of Watts have changed somewhat, WLCAC has incorporated programs and changes that reflect the multi-cultural and multi-racial realities. Tim Watkins, Ted Watkins’ son, is now at the helm of WLCAC, and he has taken the organization to the next level. As an example, one of WLCAC’s brochures outlines its volunteer program stating “Don’t Move, Improve.” Those are words that will make Ted Watkins smile, wherever he is.

The WLCAC Mission is “To improve the quality of life for the residents of Watts and nearby communities.” This simple mission statement has not changed in forty-four years. It was good in the beginning and remains good to this day.

Eartha Kitt
Cabinet Members of the Past 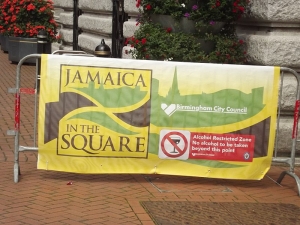