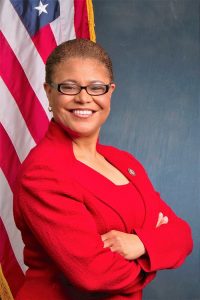 In front of a largely White audience during an October campaign rally held in North Carolina, Donald Trump revealed his ten-point plan that would define a “New Deal for Black America”. While the name itself is an affront to Roosevelt’s civil rights legacy, it lays out a plan that seeks to grow the Black middle class and is grounded in three promises: safe communities, great education, and high-paying jobs. During this event, Trump, who claimed to “love the Blacks”, said that every African-American citizen in this country is entitled to a government that puts their jobs, wages, and security first.

If revealing his ten-point plan for Black America to a White audience was not insulting enough, Donald Trump added insult to injury when he demonstrated a lack of seriousness by releasing the plan again two months later on a widely popular black celebrity-gossip website “Mediatakeout.com.” Instead of releasing this important agenda to a national publication, members of the Congressional Black Caucus, African American academics or civil rights, faith and or community leaders, Trump chose to utilize a tabloid website that publishes stories which are either largely inaccurate or completely false, and prides itself on being the “Black TMZ.”

With the exception of Dr Ben Carson, an under-qualified – at best – nominated Secretary of Housing and Urban Development, we have yet to see any prominent African American American candidates for his cabinet.—not sure where this should go

It only takes a glance at his agenda to see the coded language that has characterized the Trump doctrine. The first item on the New Deal for Black America is the promise to bring free education to “every disadvantaged child in America” through school choice. School choice is code for vouchers and, if implemented nationwide, would spell dangerous consequence for African American children by essentially undermining funding for public schools.

Sending parents on a shopping spree to find a school does not guarantee a good education or the ability to pay school fees either. No doubt for better schools parents would need to supplement the voucher thereby leaving parents unable to do so out of the best schools. Their needs to be a stronger federal commitment and investment in improving public schools instead of destabilizing the funding base with vouchers.

Trump’s proposal for Safe Communities and Equal Justice Under the Law continues his dangerous depiction of the inner cities as uninhabitable war zones, and signals he will dust off disproven “law and order” policies of the past.

Trump proposals call for investment “in training and funding both local and federal law enforcement operations to remove the gang members, drug dealers and criminal cartels from our neighborhoods,” and expanding stop and frisk practices. Father Greg Boyle, internationally known for his work with LA Gangs, famously stated: “nothing stops a bullet like a job.” It is clear Trump’s perspective will just continue policies that contributed to mass incarceration.

While some urban areas are suffering from an increase in violence, it has been proven repeatedly the best and the most cost effective approach is to address root causes of crime and violence associated with gang involvement.

There are numerous programs in inner city American that are evidence-based and have had a positive impact in reducing violence. The problem is, there has never been a sustained investment in these programs. Trump would benefit by learning about the programs and pushing Congress to support programs that are working. Mass increases in law enforcement lead to increase community police tensions and encourage an “invading and occupying army” mentality from law enforcement. No doubt this approach will continue to exasperate current community police tensions. Unfortunately, Trump’s nominees are an indication of how he will approach these issues; Attorney General nominee Rep Jeff Sessions has called consent decrees to oversee troubled police departments a “dangerous exercise of raw power”. He instead calls for flooding inner city communities with law enforcement and increasing “stop and frisk” policing.

Proposals to create Tax Reforms to Create Jobs and Lift up People and Communities, and Financial Reforms to Expand Credit to Support New Job Creation reveal Trump’s astounding shortsightedness and lack of awareness of how the Black community was negatively affected by an unregulated banking system. Trump has made it clear he wants to roll back protections against rules established with passage of Dodd-Frank legislation that targeted people of color for subprime mortgages. Eliminating Dodd Frank would include dismantling the Consumer Financial Protection Agency; the agency that could have protected African-American homeowners from devastating loses in property and wealth resulting in a decrease in black households by 50 percent from 2005-2009. To revitalize inner city communities Trump is proposing to bring in foreign companies and investors! Apparently he is unaware there are qualified African American developers and business owners capable of doing this work, what is needed is federal assistance with financing and technical support for local businesses.

Trump has only known a life of wealth and privilege and has not demonstrated any interest or understanding of what life is like for those who live in poverty. His lack of understanding is demonstrated by his proposal to end financial public assistance and instead offer people “microloans” to start small businesses. This amounts to a thinly veiled plan to eliminate this category of the social safety net. This is consistent with the desire of several proposed members of his cabinet who basically do not believe the richest country on the planet should invest government resources in assisting the most vulnerable people in U.S. society.

Trump attempts to drive a wedge between the African American and immigrant communities by inserting his xenophobia and obsession about illegal immigration into the Black Agenda, by stating he wants to “protect us”. The New Deal For Black America claims, “no group has been more economically harmed by decades of illegal immigration than low-income African-American workers.” African Americans did not buy into this divisive rhetoric during the campaign and will not allow Trump to pit communities against each other. Apparently Trump does not realize immigrants are not just from Mexico, in fact there are thousands of Black immigrants from African and Caribbean nations.

Trump’s New Deal for Black Americans is ultimately a collection of long standing conservative proposals that, if coupled with his proposed Cabinet, raise major concerns for the African American community. We should not be confused and buy into the notion that Trump has a mandate; Clinton won the popular vote by almost 3 million votes.

It will not be possible for the African American community to sit back in silence and allow decades of advancements to be reversed. African American leaders, organizations and community members should lead efforts and join coalition’s to expose and explain the impact Trump’s agenda will have on our community. 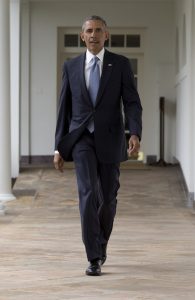 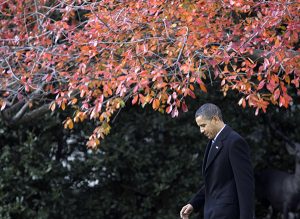 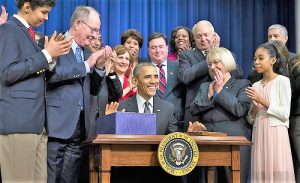 Why We Must Defend Obama’s Every Student Succeeds Act