On this the 57th year and 228th season of our coming into being as an organization, it is morally imperative and historically necessary to pay rightful homage to the righteously royal women of Us who have made Us and all we have dared and done possible.

At this historical moment of talk and tales of women kings and colonial queens, it is good to raise up those righteously royal and redoubtable women of Us whose royalty is not inherited, but achieved and not based on blood or lineage, but on the quality and goodness of the life they have lived, the work they have done, and the struggles they have waged to bring and sustain good in the world.

Indeed, it is a fundamental contention and teaching of Kawaida philosophy that there is no royalty except in righteousness and no aristocracy except in service. By acting righteously, we mean being and doing good in and for the world. Thus, we raise and honor them as righteously royal ones in this month of commemoration and celebration of our 228 seasons of active commitment as self-conscious servants of our people.

And we do this without the need to define or call them women kings or male-like queens. For they are sufficient in themselves as women without the need of male derived designations to be powerful and strong in life and struggle.

And as women, sufficient in themselves, royal in their righteousness and aristocratic in their service, they have no need for claims of an inherited status. For as the Odu Ifa teaches, having been given birth, they brought themselves into being again in ways worthy of the highest respect and as a model and mirror for all of us.

And so, we say to each and all of them in the tradition of Zulu praise poems for the righteously royal: Bayede Ndlovukazi Enkhulu Elungileyo, homage to you great royal and righteous one; Wena Omnyama Omuhle, you beautiful Black one; Wena waPhakhati, you at the center of your people; Wena woHlangu, you of the original root; Wena Onqobayo, you victorious one; Wena Owenza Kaubusha Umhlaba, you who are remaking the world; Bayede; Ndlovukazi Enkhulu, Enlungileyo kayiqedwa, hail to you, a royal and righteous one cannot be defeated.

Yebo, we pay rightful homage to the women of Us who were there at the founding and formation of our organization 57 years and 228 seasons ago. They embraced Kawaida and the Nguzo Saba and helped build the organization at every level in its years of service, work, struggle, and institution-building. And it’s the women of Us who saved and sustained the organization when the surveillance and suppression forces of the government drove the men underground and in exile and put them in captivity, (jail and prison) on trumped up charges.

Like virtually all the radical and revolutionary, progressive, religious, political, economic groups and institutions of our times, Us was once male-dominated. And yet in spite of the limitations this placed on the women of Us, they created for themselves spaces of meaning, power and creativity at the very beginning of the organization. They participated in all the committees except the Simba Committee and that changed in the late 60s when they moved to form the Matamba.

Among the committees they chaired were education, archives, legal affairs, PR and the Third World. Although indispensable to the founding, functioning, development, flourishing and achievements of Us, they, as in other organizations and institutions of the time, were not given the credit, praise, recognition and leadership roles they deserved. Nor did the media seek or support interviews or projection of women, given the patriarchal and sexist character of society.

We praise and raise the righteously royal women of Us also for writing the defining and transformative statement, “View From the Woman’s Side of the Circle,” in our paper, Harambee (4/25/69). Here they challenged us, the men, to truly practice the principle of Ujima, an egalitarian collective work and responsibility in life, love, work and struggle. It is they who call for a “maximum” rather than a ”minimum” practice and announced their reinterpretation and restructure of their roles.

They reaffirmed the principle and practice of complementarity – the fulfilling and completing of each other as partners in relations and projects. But they stressed and insisted on complementarity as a shared fulfillment grounded in equal dignity, worth and rights, mutual respect and shared responsibility in love, life, work and struggle for women and men.

They also extended the concept of education beyond education of children and women to the education of the community and organization as a whole. And they interpreted social development as improving the conditions and advancing the interests of our people. They rejected an “equality of convenience” compelled by conditions of suppression and insisted on a continuing equality of respect, roles and responsibility when the men returned.

They had borne different names in the organization: Malaika (good spirits) and Muminina (true believers). Now in the middle of what we called the crisis years, 1969 and afterwards, they formed a new all-female security structure parallel to the all-male Simba, called Matamba. It was a paramilitary formation also, modeled on the women of the country of Matamba, led by Queen Nzingha Mbande, which had a long tradition of women warriors, diplomats, negotiators and leaders.

The Matamba, led by their commander called Nzingha, trained hard in martial arts, including yangumi (karate and other forms of hand-to-hand combat), drill and formation, weaponry, security protocol and procedures for persons, groups and buildings, as well as intelligence gathering and strategy.

In a series of articles written in the “Black Scholar” during my political imprisonment on trumped up charges, I began to build on the Malaika seminal statement and organizational conversations on the moral and political imperative of male/female equality on every level. In 1973 in my article “Strategy for Struggle: Turning Weakness Into Strength,” I wrote “There can be no real argument against the human equality of man and woman, against the need for liberation and revolution to reach and raise to a higher level of life, each and all of us, man, woman and child.”

And I wrote another article, “In Love and Struggle: Toward A Greater Togetherness,” reaffirming our new and profound commitment to female/male equality. I stated, “Revolution is rank and unreal if it is not a collective effort and experience” reaching and raising everyone. For I said, “Our freedom as a people is indivisible and to talk of liberation of less than all is sheer and shallow nonsense.”

After the crisis and the beginning of rebuilding in 1975, women assumed a central role in the leadership of the organization, actually outnumbering the men on the Executive Circle, serving on every committee and even becoming the Amiri (Commander) of the Simba, rebuilt and restructured on the egalitarian principle and practice of Ujima.

They had stood up and with the brothers in support, had remade their world, created space for the work they would do and the wonders they would make, in the process and practice of our shared and collective struggle to pursue cultural revolution, radical social change and bringing good in the world.

And so, again and always in this month of commemoration and celebration of 228 exacting seasons of constant struggle, we pay rightful homage to the righteously royal women of Us, royal in the sense of being worthy of the highest respect. For they are truly royal in righteousness, aristocratic in service, and possessors of dignity and divinity in the most sacred, soulful and African ways.

And we are blessed with the beautiful and transformative Blackness that they embody, express and share with us in loving, liberating and uplifting ways. 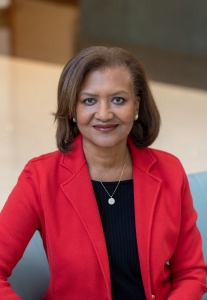 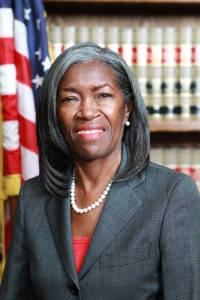 Simba Wachanga and the Constant Soldier: Lessons from Young and Ageless Lio... 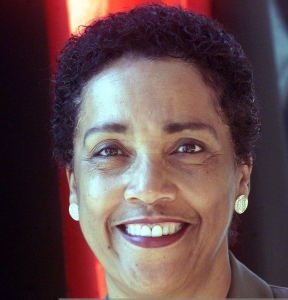 When You Harbor Bitterness, Happiness Will Dock Somewhere Else