The Black Association of Documentary Filmmakers West (BADWEST) presents its exciting and always anticipated 12th annual “DAY OF BLACK DOCS” on Saturday, May 5, 2018, 12:00 p.m. to 5:00 p.m., at the American Film Institute (AFI) Mark Goodson Theater, 2021 N. Western Ave, Los Angeles, CA 90027. Free parking is available in the AFI parking lot. Seating is on a first-come-first-serve basis and tickets for the all-day event are $20.00.  Advance ticket purchase is recommended at www.dayofblackdocs.org.
Two award winning feature-length documentaries and two shorts will be screened: 2018 Pan African Film Festival Jury Prize and Audience Award Winner, “SAMMY DAVIS JR.: I’VE GOTTA BE ME,” and “MAYNARD” both directed by Sam Pollard (editor of many Spike Lee films) and the film shorts “EVIDENCE OF THE EVIDENCE” by Alex Johnston and “BIG CITY BLUES” by St Clair Bourne.
Moderator for the post-screening panel discussion is Leander Sales, a member of the Motion Pictures Editors Guild and serving as the co-chair of MPEG African American Steering Committee. Sales has worked with Spike Lee on nine of his feature films in the editing department. Associate editor on Clockers and Girl 6, then as editor on Get on the Bus. Editor of Hookers at the Point: 5 Years Later documentary directed by Brent Owens. As a director, Leander received first prize at the Black Filmmakers Hall of Fame Film Festival of Oakland, California for his debut feature film Don’t Let Your Meat Loaf. The Life I Meant to Live is Leander’s second feature film.
“This is the first year we’re highlighting two films by the same artist, and we’re so pleased it’s Sam Pollard, a stellar documentary filmmaker who worked with BADWest founder St. Clair Bourne” says Denise Hamilton, BADWest co-chairperson.
“Saint Clair Bourne and Sam Pollard collaborated on several documentaries as Director and Editor which eventually developed into an enduring friendship” added BADWest co-chair David Massey.
THE DOCUMENTARIES
SAMMY DAVIS, JR.: I’VE GOTTA BE ME – Is the first major documentary film about the legendary entertainer. Directed by Peabody Award-winning filmmaker Sam Pollard, the documentary examines Davis’ personal life and career as he navigated through the shifting tides of civil rights and racial progress during 20th century America.
Davis’ journey to achieve the American Dream was complex, complicated and contradictory. As a black entertainer during a time when the doors of show business rarely opened for people of color, he frequently found himself bracketed by the bigotry of white America and the distaste of black America. Davis was the most public black figure to embrace Judaism, thereby yoking his identity to another persecuted minority. Featuring interviews with such luminaries as Billy Crystal, Norman Lear, Jerry Lewis, Whoopi Goldberg, Quincy Jones and Kim Novak, with never-before-seen photographs from Davis’ vast personal collection and excerpts from his electric performances in television, film and concert, I’ve Gotta Be Me takes a look at the life and art of a uniquely gifted entertainer whose trajectory blazed across the country from the Depression era through the 1980s. 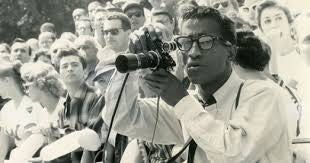 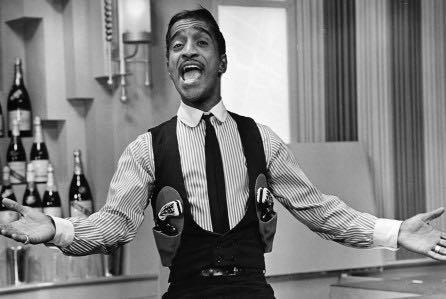 MAYNARD – Before Maynard Jackson Jr., no African-American had ever been mayor of a major city in the American South. In 1973, Jackson, a 35-year-old lawyer who served as Atlanta’s vice-mayor, took charge of the city with a whopping 60 percent of the vote, knocking incumbent Sam Massell out of City Hall. He was Obama before Obama. Maynard explores Jackson’s legacy in vivid detail and is an exploration into a man who had dreams and ambitions to be a public servant for his people seeing that it was the next logical step in the journey that had been started by Dr. King, and so many others who had blazed the trail during the years of horrific segregation. Maynard includes interviews with former President Bill Clinton, Al Sharpton, Vernon Jordan, Ambassador Andrew Young, Rev. Joseph Lowery, Jesse Jackson, former Atlanta Mayors Sam Massel, Shirley Franklin and current Mayor Kasim Reed to name a few. Directed by Academy Award nominee, Emmy winner and four-time Peabody Award winner Sam Pollard (“Slavery by Another Name,” “Sammy Davis, Jr.: I’ve Gotta Be Me,” “Two Trains Runnin”), Maynard is produced by Wendy Eley Jackson, Dolly Turner, and Winsome Sinclair with cinematography by Henry Adebonojo, who worked on the Academy Award-nominated documentary “I Am Not Your Negro.” 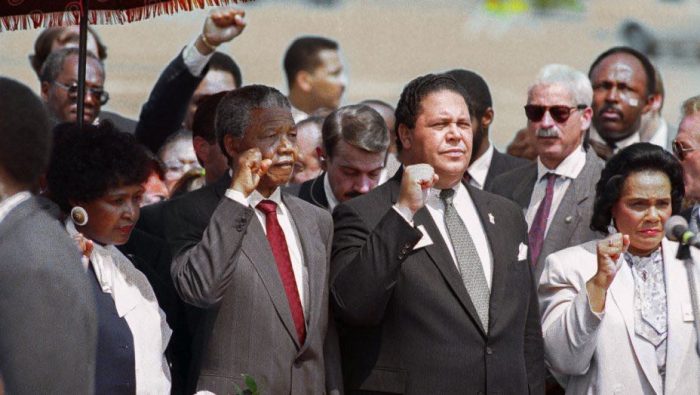 EVIDENCE OF THE EVIDENCE – Filmmaker Alex Johnston’s Evidence of the Evidence tells of the 1971 Attica prison uprising and is a signature moment of radical resistance for the American Civil Rights movement. The subsequent retaking of the prison however, “the bloodiest one-day encounter between Americans since the Civil War,” is an open wound. Evidence of the Evidence explores this tortured history through a granular interrogation of its archival materials. Utilizing rarely seen video recordings shot by a New York State Trooper, the film offers a visceral ground level account of the events at Attica, but also chronicles the contemporaneous mediation and narrativization of these events. Recalling Harun Farocki’s Videograms of A Revolution, it reflects on the role that moving images play in the production of history and memory, its creation and its destruction. In an era of resurgent racism and authoritarianism throughout the West, Evidence of the Evidence is a timely and urgent work of both agit-prop and media criticism. Filmmaker Alex Johnston is a media maker, activist, scholar and curator, based in Santa Cruz, California. His films and GIF cycles, including Way Down in the Hole (2011), NOW! AGAIN! (2014), Ra*ist President (2016) and Strange and Curious (2016), have screened at the Berlin International Film Festival, IndieLisboa, Walker Art Center, Cachoeira Doc Festival, New Orleans Film Festival, and others.  Johnston is also the managing editor of the radical online media journal NOW! A Journal of Urgent Praxis.
BIG CITY BLUES – A musical documentary about a new look at an old American musical form–the Blues. The film mixes scenes of the city of Chicago with musical performances and interviews with people connected with the Blues.  In Big City Blues, the film examines the links between the past and the present: the old time blues singer Jim Brewer is presented alongside Son Seals, Queen Sylvia Embry and Bill Branch.  The film is directed by the late St. Clair Bourne, the founder of the Black Association of Documentary Filmmakers West (BADWest) and edited by Director/Editor/Producer Sam Pollard.
Q&A guest panelists include Director Alex Johnston and Sam Pollard (via Skype).
BADWest is a collective of documentary filmmakers of African descent that advocate the recognition and professional advancement of Black documentary filmmakers. Previous DAY OF BLACK DOCS have featured the Oscar-winning “Music by Prudence,” Emmy-nominee “Soul Train: The Hippest Trip in America”, Stanley Nelson’s “Freedom Riders”, “BADDD Sonia Sanchez” and “Chasing Trane: The John Coltrane Documentary.”
Day of Black Docs is co-sponsored by the International Documentary Association (IDA), California Association of African American Superintendents and Administrators (CAAASA) and Momentous Insurance Brokerage.
The Black Association of Documentary Filmmakers West is a project of Fulcrum Arts’ Emerge fiscal sponsorship program. www.fulcrumarts.org.
All day admission (12 noon until 5 p.m.) to the 12th Annual Day of Black Docs screening is $20.00. Tickets are available online at www.dayofblackdocs.org, and at AFI on May 5th.
For interviews and additional information about the event, contact Queen Publicity at (310) 849-3820 or e-mail [email protected].
ADVERTISEMENT
ADVERTISEMENT
Categories: Entertainment | News (Entertainment)
Tags: AFI ( | Alex Johnston | BADWest | BIG CITY BLUES | Black Association of Documentary Filmmakers West | Brent Owens | Clockers | Denise Hamilton | Don't Let Your Meat Loaf. The Life I Meant to Live | EVIDENCE OF THE EVIDENCE | Get on the Bus | Girl 6 | Hookers at the Point: 5 Years Later | Leander Sales | MAYNARD | Saint Clair Bourne | Sam Pollard | Sammy Davis Jr. | Spike Lee 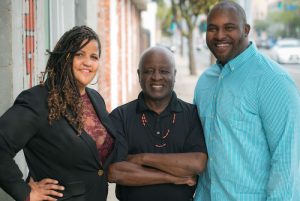 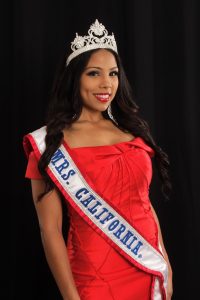 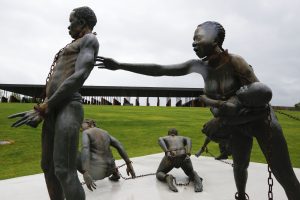