Jose was imprisoned because the wife of the king lied on him and said he wanted to rape her.[big, lying hussy!]

He lands in prison; locked up because of this lying woman!” But, God will not be defeated! In prison, the prosecutor prison guard found favor in Jose and made him in charge over everything. Divine providence keeps Jose during all these really bad things. Jose would have dreams. He had two dreams where his brothers mother and father were bowing down to him. Wow! That made those hateful, aggressive brothers steeped in jealousy more so and having the designer, colorful coat too! His dream is fulfilled during his governorship. The king had a dream about a coming famine. Only Jose could interpret it. Jose was careful to glorify God for his gift to interpret dreams. He would seek God’s guidance for the interpretation. He was released from prison for interpreting the dream. The king elevated him to governorship over all the nation. He had sole authority to handle everything; the goods and the distribution thereof to all the people. He methodically made a plan in preparation for the coming famine, part of the king’s dream. As years went on, the famine increased more severely. It was devastating. Hocob sent his ten sons to search for food. Meanwhile, Jose had come to be in charge of everything over the world in that region of Egypt. The ten brothers came seeking food. Jose concealed his identity. Accused them of being spies! Jose was shrewd. They had to prove they had changed their hearts. He knew of their evil ways.

Two of the brothers who saved Jose from being murdered, were not as cruel as the others. They bound him [he’s about 17 years old] as he was screaming, kicking and pleading for his life! Imagine how terrible that was! His own brothers! God’s intervened; sent merchantmen to rescue him from the deep, dark cistern. They sold him into slavery for about $12.00. As governor, when the brothers came for food, Jose gets a chance to pay them back. He did not seek revenge; but rewarded them with brotherly love after giving them some tests of integrity. They had to bring Jose’s loved younger brother to see if they would kill him or do some dreadful deed to him also. They did not. Providence prevails. Hocob, brings the whole family to Egypt so they could move around in the land and be fed.

Although the famine was severe, they survived. Jose is the “savior” here so to speak. He forgives his brothers and says “what you meant for evil, God meant for good so we could be all saved.” God turns hatred into good! Adversity to opportunity. [Based on Biblical truth]

“What A Wonderful World” A Discussion on Perception Vs Reality 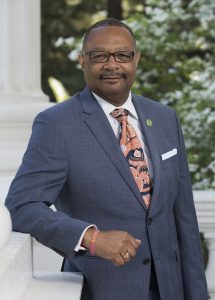 It’s time for California to take a bold position: Children do not belong ... 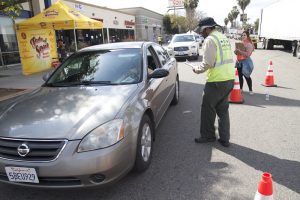 Black Man and Woman Rising and Raising: Living Our Lives in Love and Strugg...

We need to revive King’s campaign against poverty