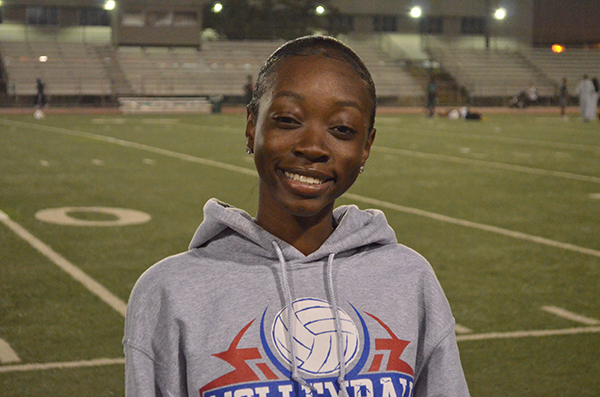 Dorsey senior Shanna Fulton is never too busy to lend a helping hand to classmates. Fulton has found success playing volleyball and tennis for the Dons while being a dedicated student.

The Dons volleyball team excelled this season and Fulton was named on the CIF All-City Division V Second team for her efforts. After trying out for volleyball, her moderate interest evolved; she became more passionate about it than tennis.

Being a member of the volleyball team took more than being a competitive force on the court.

“I started playing my sophomore year, we didn’t have a consistent coach, but we made the best out of it,” Fulton said. “I didn’t really care as long as I worked hard and people could work hard with me, we could do it without a coach.”

The team improved once Cheyenne Bledsoe became head coach, the Dons girls volleyball team had a 10-5 record this season and reached the Division V championship game. Although they had a dedicated coach this season, the volleyball team struggled to get students to attend games.

During their title match against the Aspire Ollin Jaguars, Fulton noted how their opponents’ fans cheered louder than their own.

Fulton did not participate in tennis during her senior season, but found success in the sport in previous years. As a junior, Fulton received six Semper Fidelis Player of the Match honors, including two for each meeting with Los Angeles and Santee High School.

The most challenging matches for Fulton was her final in-season match and her first-round playoffs match.

“I got sick real bad,” she said about the in-season game. “The set score was 6-2 in the first set and it hurt me so bad.”

Fulton has a 3.2 GPA and is taking AP Expository Composition. Her favorite classes are Athletic Training and Government.

“I love politics,” Fulton said. “I personally want to talk about politics because that’s a difficult subject to certain people.”

Fulton recently joined the No Smokers Club on campus, she looks forward to debating with her peers about the consequences of smoking.

“People know cigarettes are bad but there’s other stuff out there that is worse than a cigarette,” Fulton said. “Kids don’t understand that and some kids smoke it.”

Fulton aspires to study kinesiology and sports medicine in college and has prepared by taking a sports medicine class. She is currently enrolled in an athletic training course. Her ideal career is a neonatal nurse.

“Right now, we’re learning about concussions and I never knew there’s so much to learn about concussions,” Fulton said about the athletic training class. “It is so many laws that approved so many different things that people had to go through to get the laws approved.”

Among her peers, Fulton is known to hold others academically accountable and is always ready to give advice. She reminds them to put forth effort in practice and to keep their grades up.

“People call me their big sister because I’m always checking in on people,” Fulton said. “I know I have to succeed, but I like when my friends succeed with me.”

Do you know an athlete on honor roll who is a leader at their school? Email [email protected] to nominate your student. 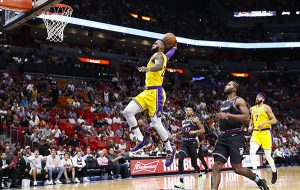 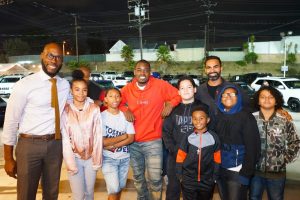