The United States came into existence 243 years ago-1776. The kingdom of Iraq was granted independence in 1932; Iran came into existence 1979; Turkey- 1923; Ancient Egypt 3150 B.C. Some believe Africa came into existence 50,000 years ago. The Persian Empire began 550 B.C., ending 330 B.C.; Russia existing from 1991, The Soviet Union 1922; The China Republic 1912 and under Imperial rule 2,000 years. (these dates are approximate to make a point). And here is the point. God sets up kings and kingdoms and he puts them down. Egypt fell easy prey to the expanding Persian empire in 525 BC, remaining under their dominion for over a century. … Egypt was seized by Alexander the Great in 332 BC, but regained independence at the break-up of his empire in 310 BC. The Babylonian Empire lasted less than 100 years. Darius loses three battles with Alexander and is finally defeated in 331. He is murdered in 330 B.C.

The great Persian Empire is no more. What concerns me most about our country is our track record with God, who is watching to see who will honor Him and His standards? Some people see the coronavirus pandemic as somewhat incidental. Others blame it on the current President. Still others blame it on China. It seems to me everyone has some portion of blame for the pandemic and the state of “the nations.” It’s like a huge puzzle with many different parts. If one piece moves, the whole puzzle could fall apart. Each is interdependent. How long can our country last when God’s laws are violated every minute of the day. The really unfortunate part is that many people have lost such a regard for God (if they ever had it) that they don’t even think about God anymore (if they ever did) or His influence on the world. You hear of biological warfare, but we didn’t predict there would be “a test” (pandemic).” The test would show just how vulnerable the United States is and just how much of the “juice” needs to mixed up and employed to destroy us altogether. That may be a terrible thought, but what is our solution? The only solution to truly turn this pandemic around is that our entire nation must repent as a whole. Now, who is ready to do that? That’s a personal question which can only be answered in the hears of each person.

Let’s get ready now, while there is time. We can do it!!

The Verdict Is In. What Is It? NOT GUILTY! ALL CHARGES DISMISSED! 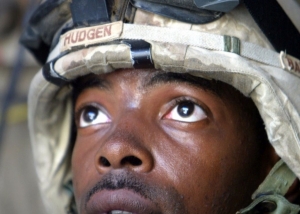 ASK DR. JEANETTE, SUCCESS ON THE WAY: “The Pre-Emminence and Exaltation o...

“The Pre-Emminence and Exaltation of Self-Will” Part 1 MaMa! MaMa! Wher...