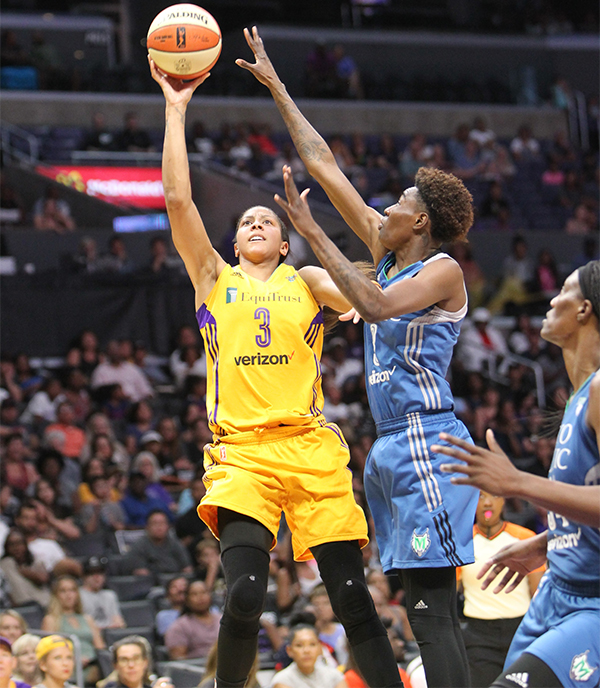 As the season draws to a close, the Los Angeles Sparks finished their in-season series against the Minnesota Lynx on a high note. The Sparks went 2-1 against their 2016 WNBA Finals opponent, securing a 78-67 rout in front of a sellout crowd at the Staples Center on August 27.

Center Candace Parker earned a double-double with 24 points and 10 rebounds. Guard Chelsea Gray and forward Alana Beard had three steals each for the Sparks.

“In all honesty, they’ve got a great team,” said Sparks head coach Brian Agler. “You really have to fight hard and stay in place.”

The Lynx sprung to a 6-0 run in the first two minutes of the game and Los Angeles countered with a 6-point run of their own. Parker contributed 10 points to boost the Sparks to a seven-point lead at the end of the first quarter.

The Sparks earned their second turnover in the second quarter while Minnesota had seven. Lnyx Forward Maya Moore, who averages 17.1 points per game, was held to 3 points in the first half. With 6:48 left in the second period, Lynx guard Alexis Jones had a shot swatted away by Beard. Los Angeles had 36 points in the paint, 20 more than the Lynx. 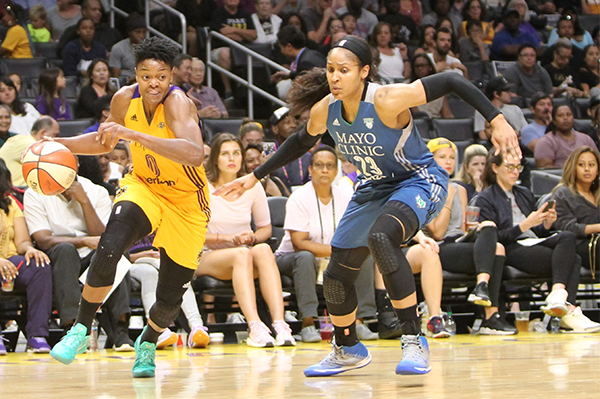 “You play your game, you can’t really focus too much on [Minnesota],” said Beard. “You put a scout together and you want to execute that scout defensively and just make their shots hard.”

As the third quarter went on, the Sparks countered many of the Lynx shots with their own. Fowles scored eight points for the Lynx, but Minnesota could not make a come back.

Forward Nneka Ogwumike earned her fifth foul and sat out the game into the fourth quarter. Forward Jantel Lavender played in her stead. Both Lavender and guard Odyssey Sims secured the offense, scoring six points each during that period.

“Jantel [Lavender] came in and had some big moves for us and she’s a different guard for them,” Parker said. “They have to guard her on drive and kick, so she’s able to hit that shot, so it’s a different situation for them to guard.”

Los Angeles entered the fourth quarter 16 points ahead of the Lynx. Minnesota pressured the Sparks with steals. Beard retaliated by blocking one of Moore’s shots. The Lynx was only able to get in within 11 points of the Sparks. 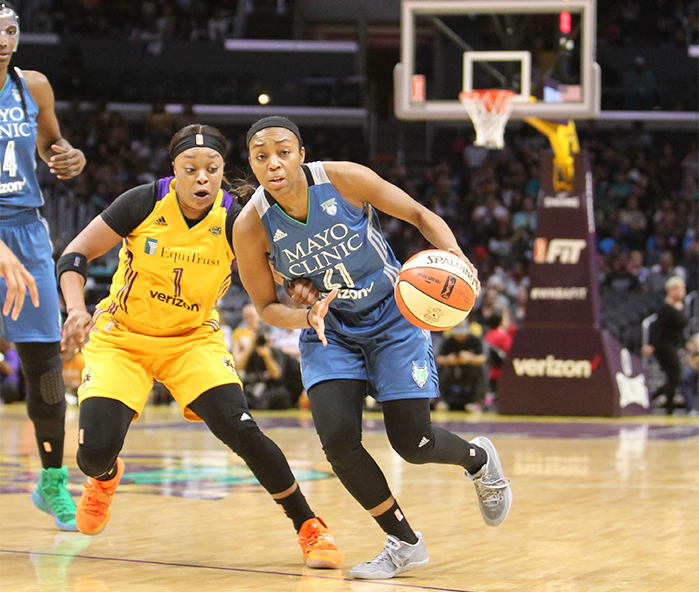 “This [is] a really great valiant team effort,” Ogwumike said. “This is how we want to play, I’m glad that we’re playing like this at this point of the season.”

The Sparks will challenge the Atlanta Dream on September 1 in the Staples Center at 7:30pm. September 3 will be the finale of the Sparks’ season with a home game against the Connecticut Sun at 1:00pm.