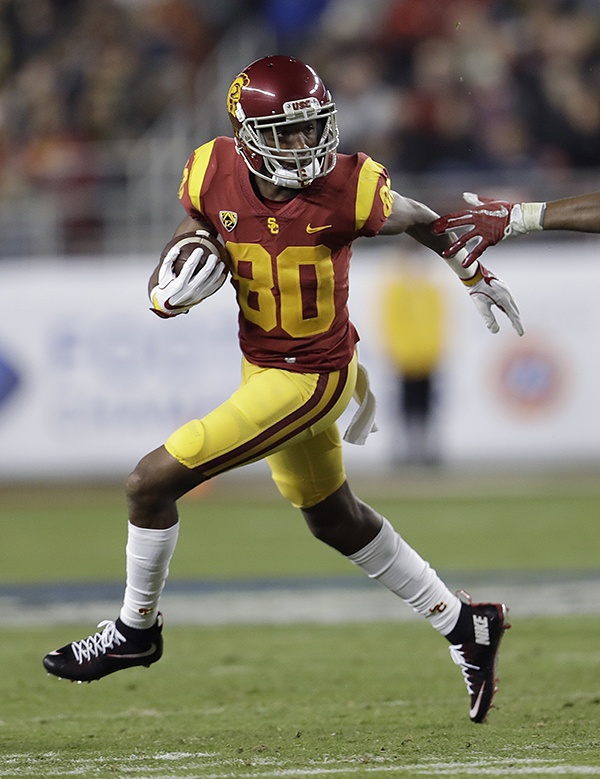 Athletes born or bred in Southern California made brilliant strides in the NFL during the 2017-18 season. Former Trojan Juju Smith-Schuster led all rookies with 917 reception yards and seven touchdown catches. Inglewood native Marqise Lee led the Jacksonville Jaguars with 56 receptions for 702 yards.

The Southland continues to crank out talent as more athletes from the region vie to get a spot in the NFL.

After winning the Pac-12 championship, several Trojans decided to declare. Among them is Serra High School alumni Deontay Burnett, he led USC with 86 receptions for 1114 yards during his junior season. He is projected to be a fourth or fifth round pick, according to his combine profile.

Quarterback Sam Darnold declared after two seasons with the Trojans, SB Nation revealed a rumor that he is an option for the Broncos while CBS has him as a second overall pick to the New York Giants. Legendary sports writer Brad Pye sees him as a good addition to the Cleveland Browns.

Nimble and tricky running back Ronald Jones can be a second-round pick. Having a football and track career for USC, he was named on the Associated Press All-American third team in 2017. ESPN pegs him to be a good fit for the L.A. Chargers.

Rasheem Green, a five-star athlete from Serra, led USC with 10 sacks and 12.5 tackles for loss. His Combine profile projects him to be drafted in the second or third round. Green is a player with good size but might need time to develop his technique.

St. John Bosco standout Rosen can be drafted in the first round, according to his combine profile. The confidence he has in his pocket protection could be a blessing and a curse.

On defense, the Bruins have Kenny Young; he paced the Bruins with 110 tackles and 8.5 tackles for loss during his senior season. Young is agile and speedy but may be drafted in the seventh round.

Narbonne standout Keishawn Bierria helped the Washington Huskies win the 2016 Pac-12 championship. He has seven career fumble recoveries, but is predicted to be drafted in the sixth or seventh round. 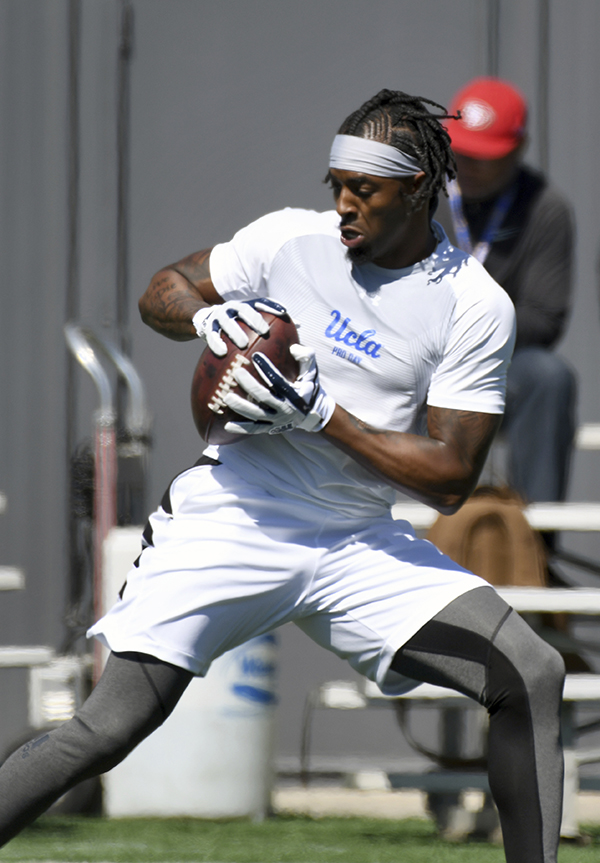 Defensive tackle Jojo Wicker blossomed from his Long Beach Poly days to be a trusted starter for the Arizona State Sun Devils. In his junior season, he committed 42 tackles and 13 tackles for loss.

San Diego native J.J. Dallas was one of the 106 players that was granted special eligibility for the 2018 Draft. He made 16 tackles and five pass breakups this season for Louisiana-Monroe.

Stanford safety Quenton Meeks has seven career interceptions for 144 yards and 121 career tackles. He is projected to be a fourth or fifth-round pick.

Cerritos College product D.J. Reed might also go in the middle rounds, he worked on defense and special teams for Kansas State. He was named Big 12 Defensive Newcomer of the Year in 2016, he also executed 17 returns for 253 yards during the 2017 season.

Notre Dame wide receiver Equanimeous St. Brown made 58 receptions for 961 yards during the 2016-17 season. He could be picked as early as the third round.